California Residents Are 2nd Least Satisfied With Their Homes

Most Americans like where they live, rating both their homes and neighborhoods favorably. According to the latest data on housing from the Census Bureau, the average U.S. householder rates their home an 8.37 and their neighborhood an 8.32 on a 10 point scale. Home opinions can be impacted by housing quality, having adequate space, amenities, and cost. Neighborhood opinions vary depending on the quality of nearby schools, crime, and social connectedness, among other factors. 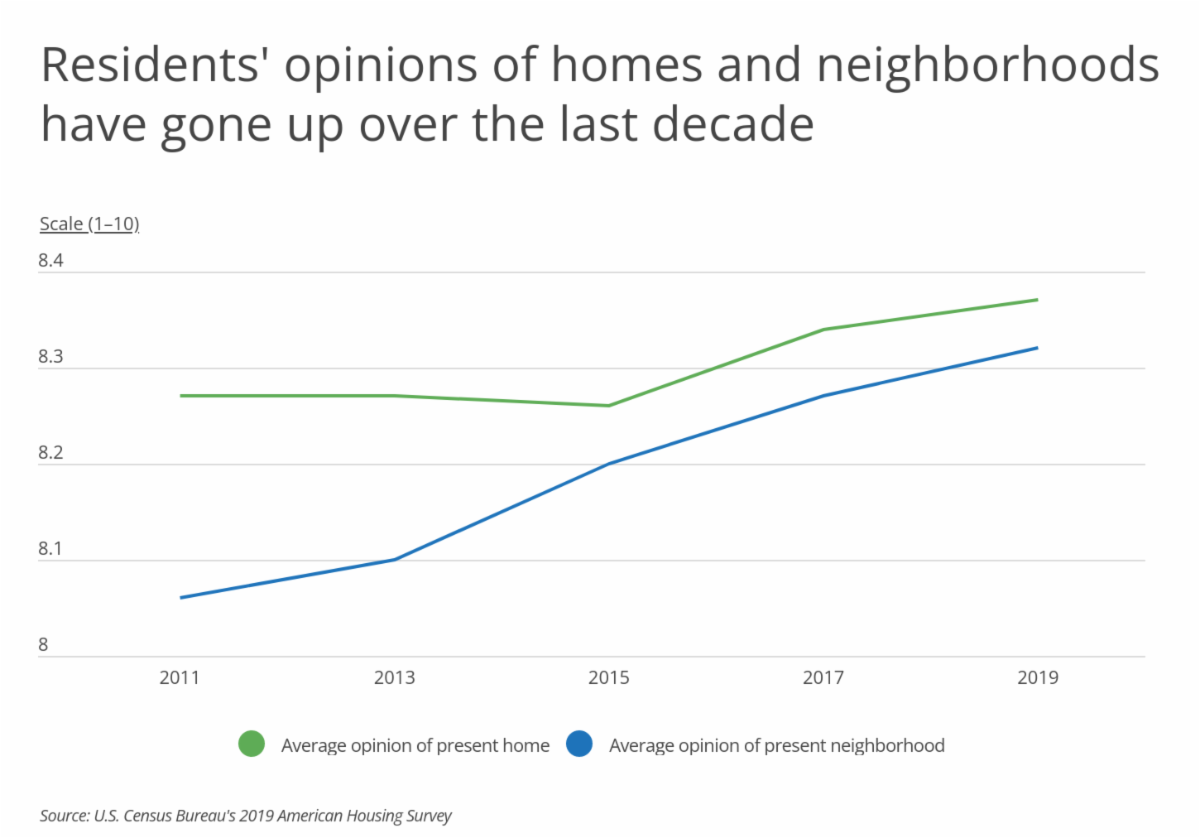 The rise in home and neighborhood opinions coincide with an overall increase in life satisfaction over the same time period. According to a Gallup poll on happiness and satisfaction with personal life, 78% of people reported being satisfied with their personal lives in 2011; by 2019, this figure had increased to 86%. Over the same time period, the share of people dissatisfied with their lives declined significantly, from 21% in 2011 to 13% in 2019. These increases in life satisfaction were accompanied by increased confidence in the U.S. economy and their own personal finances. 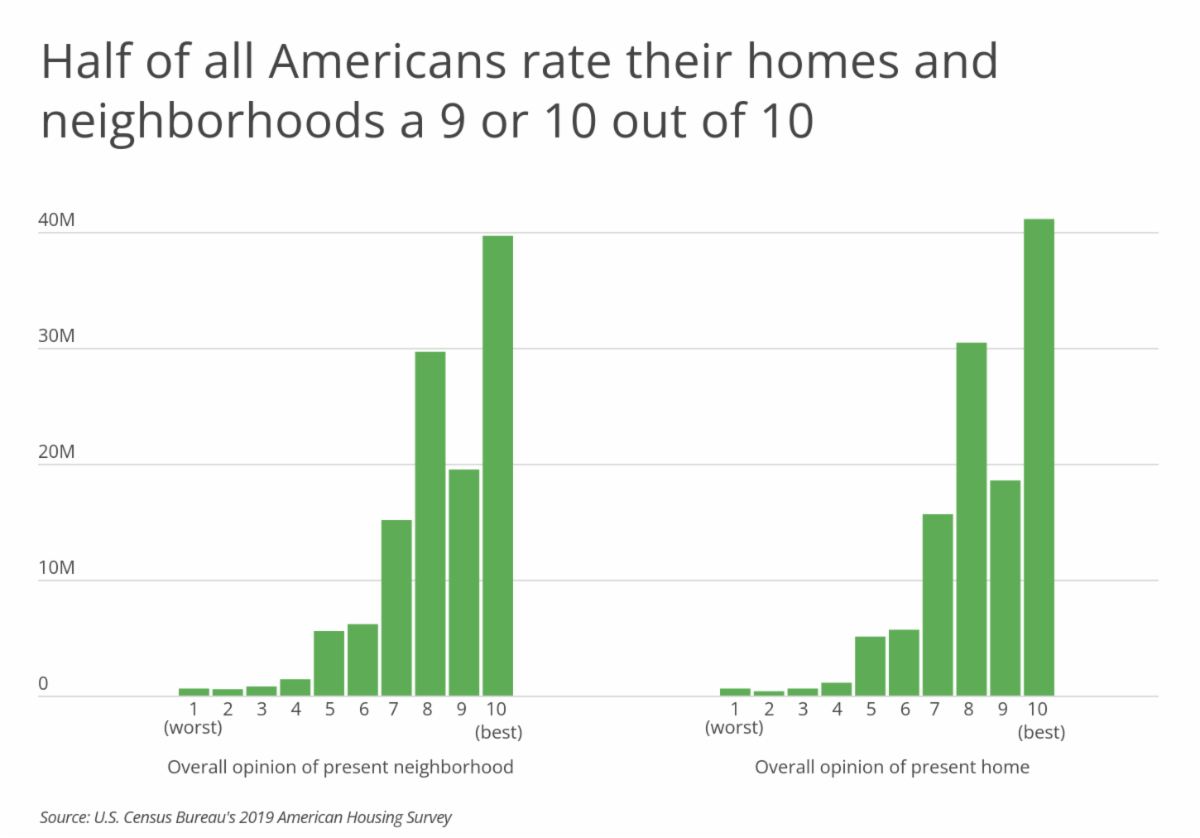 These statistics present an encouraging and perhaps undertold story about the nation’s housing stock. Despite the very real issues facing American households—such as the affordability crisis and the large share of cost-burdened households—only an extremely small proportion lack access to adequate living space. According to the Census Bureau, just over 1% of housing units are defined as severely inadequate—a condition characterized by a lack of basic necessities, such as plumbing, heating, electricity, and basic upkeep. When compared to other developed countries, there’s perhaps no better place to reside. According to the OECD Better Life Index, despite ranking low to middle of the pack in areas like education and overall life satisfaction, the U.S. actually ranks first for housing, which considers both quality and affordability.

To find the states where residents are the most satisfied with their homes, researchers at Inspection Support Network analyzed the latest data from the U.S. Census Bureau’s American Housing Survey. The researchers ranked locations according to residents’ average response (on a 1–10 scale) of the overall opinion of their present home. Researchers also calculated the residents’ average opinion of their present neighborhood, median home purchase price, median square feet, and median household income.

For more information, a detailed methodology, and complete results, you can find the original report on Inspection Support Network’s website: https://www.inspectionsupport.com/resources/cities-where-residents-are-most-least-satisfied-with-homes/