California has long been the template for auto and auto emissions rules for the rest of the country. Will that be the case with California’s ban on all cars not electronic after 2035.

California has just decided that nothing other than electric cars will be sold in America by 2035 – which is actually much closer to now than 13 years from now, because the car companies have to make plans for the coming model years many years before the calendar year gets here.

The 2023 models are already arriving at showrooms and the ’24s are in the “pre-production” stage, which means they’ve already been designed and the first of them are being built and tested right now, in preparation for less than a year from now. The 2028 modes are the ones being designed right now – and that brings us within spitting distance of 2035 – which as you can now see really isn’t that far from now, in terms of what is called product planning. 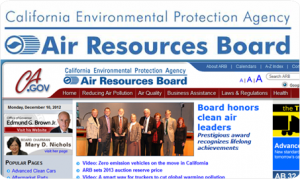 What do you suppose the car companies are planning to invest their resources – their money – in given that they know whatever they design that isn’t a “zero emissions” (ha!) electric car will be illegal to sell only a few years after it has been designed, at tremendous cost? Would you build something you knew ahead of time would be effectively worthless not long after you built it?

So there you go.