The U.S. economy has made a remarkable comeback from the deep dive caused by the pandemic. Consumer spending (fueled by savings and government stimulus money) is strong, the economy recently added the most jobs in nearly a year, and the housing market is booming. According to the Bureau of Labor Statistics, nonfarm employment has grown by 1.5% from January to May, and the unemployment rate is now 5.9%, well below the high of 14.8% seen in April 2020.

In the spring of last year, real gross domestic product (GDP)—a measure of economic activity used to track the health of the country—fell by a record annualized rate of 31.4%, the sharpest contraction in modern U.S. history. In comparison, real GDP fell by less than 9% annualized in 2008 during the Great Recession and took several years to recover. Following the initial COVID-19 shutdowns, GDP has been recovering quickly as economic activity resumes, and is projected to return to its pre-pandemic level later this year. 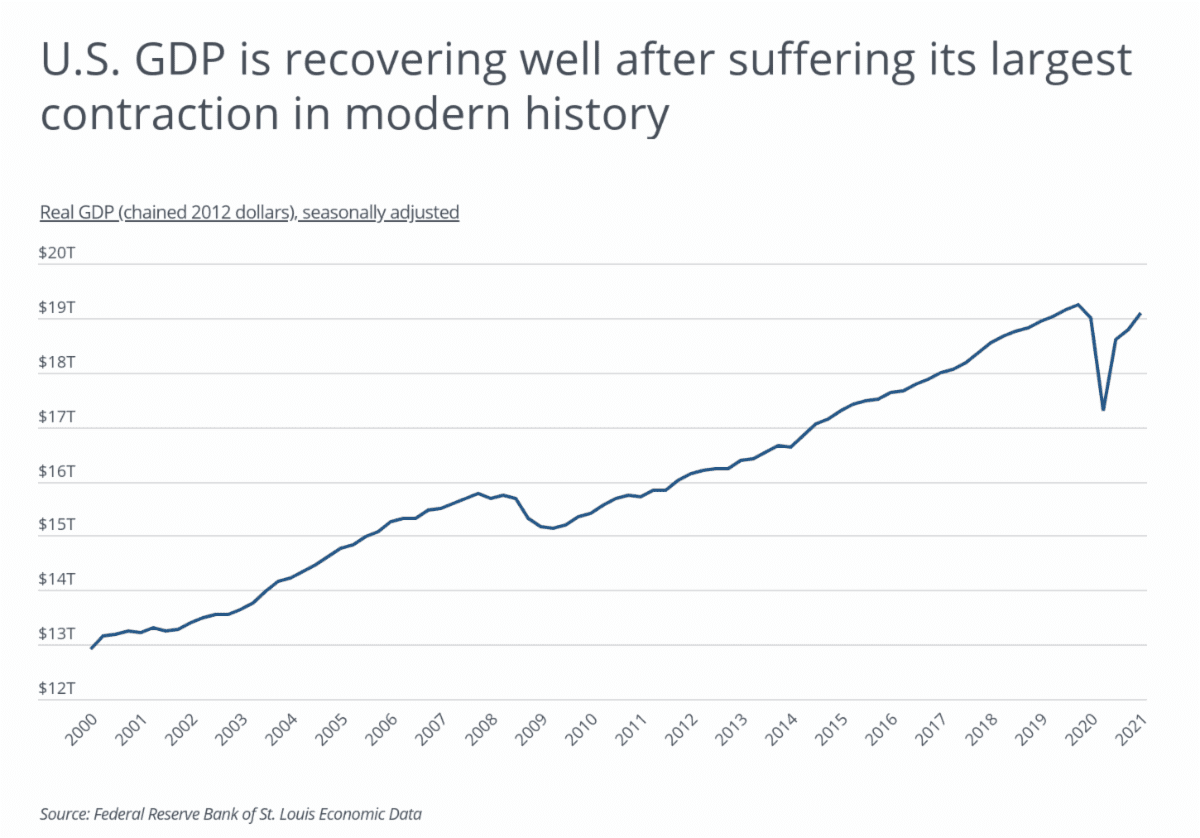 Alongside the broader economic contraction were massive job losses: nonfarm employment initially dropped by 20.5 million in the early stages of the pandemic. Following this unprecedented decline, employment increased sharply in May of last year, but since then, the recovery has slowed with current employment far below pre-pandemic levels. Some cities and states have been affected more than others depending on local economic factors. As such, current unemployment rates vary widely across the country, ranging from less than 3% to more than 10%. 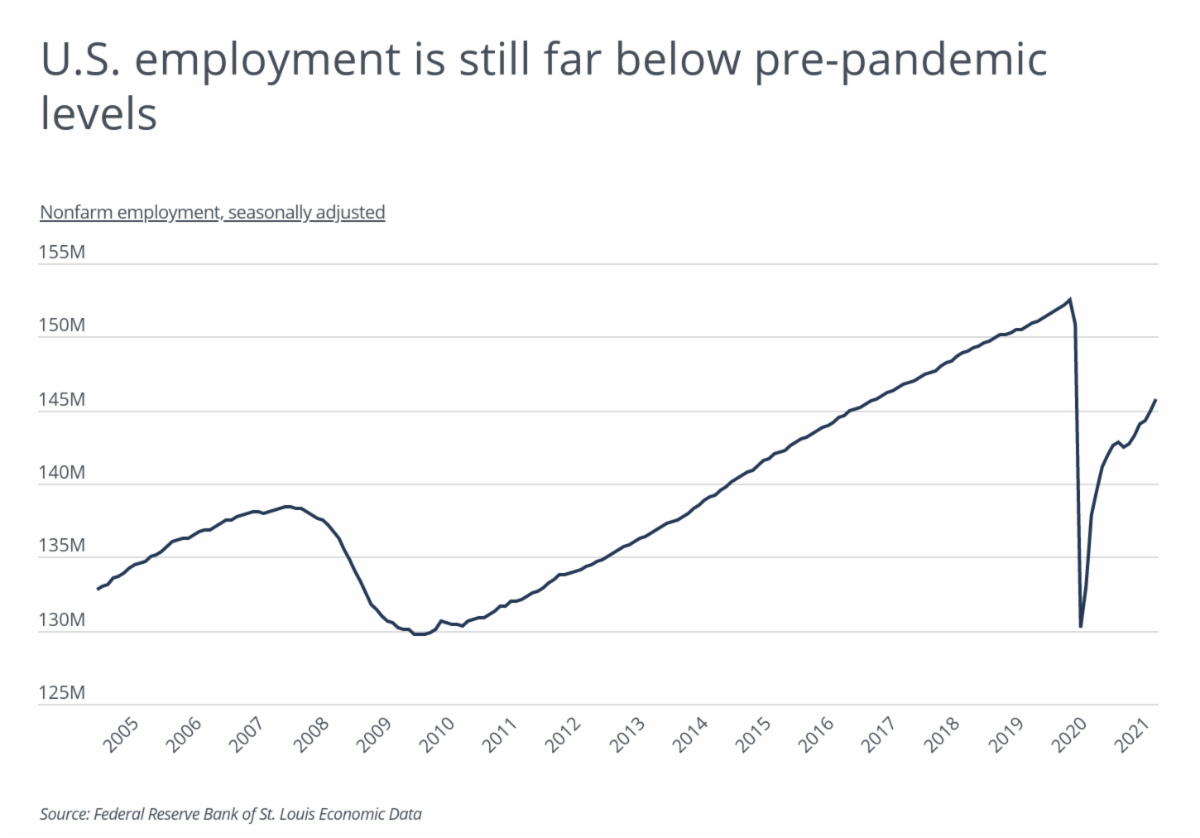 To find the locations with the most economic growth in 2021, researchers at Stessa analyzed data from the Bureau of Labor Statistics, the U.S. Census Bureau, and Redfin, creating a composite score based on the following factors:

Based on these metrics, Utah and Florida are the two states with the most economic growth this year. Both states saw employment grow by 1.5% from January to May and have lower than average unemployment rates (at 2.7% and 5.0%, respectively). At a time when housing is in short supply across much of the country, new residential construction is booming in these states, with 107 and 79 average monthly building permits per 100,000 residents, respectively, far above the national rate of 43.

At the opposite end of the spectrum, Louisiana and Alaska reported the least economic growth so far this year. Louisiana employment actually decreased slightly from January to May while employment in Alaska increased only marginally. Both states have higher than average unemployment rates and lower than average residential construction and home sales per capita.

Here is a summary of the data for California:

For more information, a detailed methodology, and complete results, you can find the original report on Stessa’s website: https://www.stessa.com/blog/cities-with-most-economic-growth/