Camping was steadily growing in popularity prior to 2020, but the COVID-19 pandemic accelerated its growth as Americans sought safe, outdoor vacations away from crowds. In fact, according to a research report by the Kampgrounds of America (KOA), over 10 million households camped for the first time in 2020, accounting for one-fifth of all camping households. Data from Recreation.gov—a trip planning and reservation portal for U.S. public lands—showed that camping reservations numbered nearly 3.3 million in 2020, up by about one-third from 2019 and by more than two-thirds from five years prior. 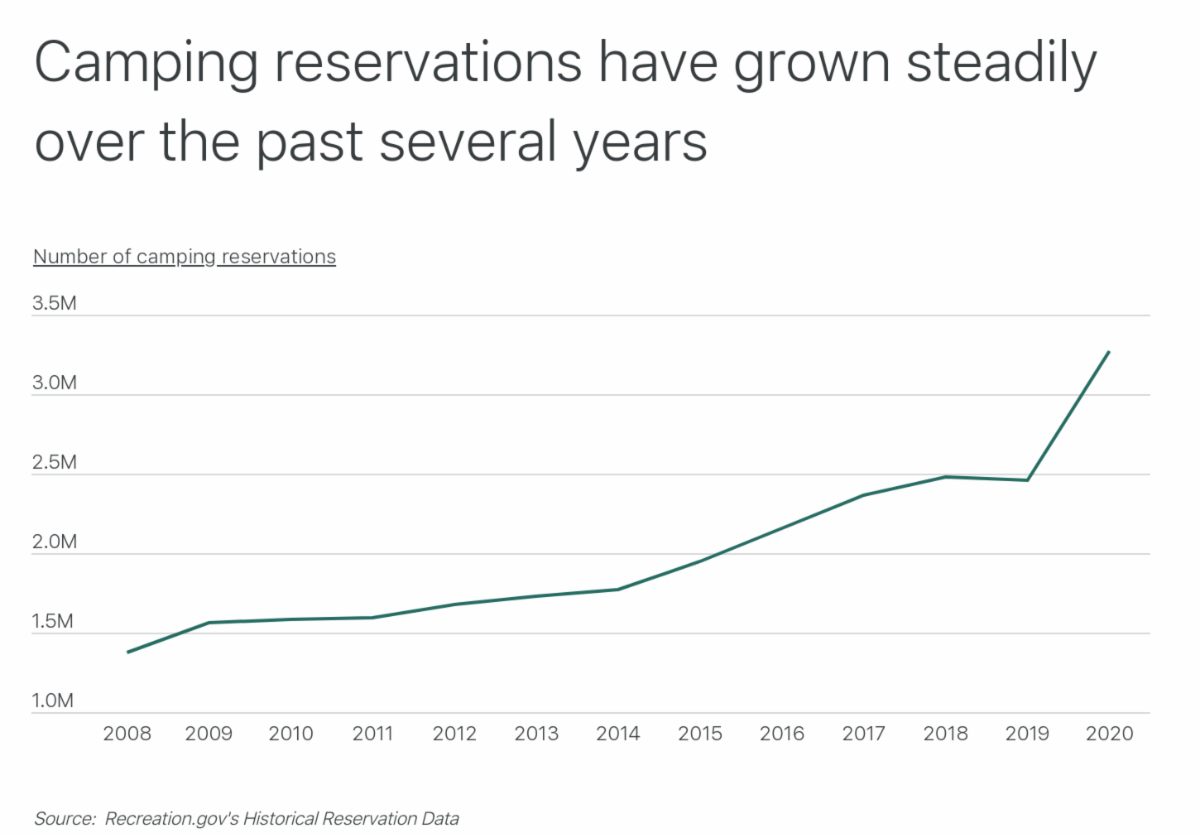 The increased popularity of camping has been fueled by a combination of long-term trends and more immediate factors related to the pandemic. Over the past several years, camping trends such as “vanlife” and” glamping,” as well as the increased availability of wifi and better cell phone service at campgrounds, have helped attract new campers and offered seasoned camper’s new ways to enjoy the outdoors without completely foregoing modern-day comforts. In particular, Gen Zers and Millennials are camping in greater numbers and account for an increasing share of all campers. In 2015, members of these generations accounted for 34% of all campers according to KOA. By 2020, this number climbed to 48%.

In addition to these longer-term factors, changes resulting from the COVID-19 pandemic—such as safety concerns, travel restrictions, and business closures—encouraged a flood of first-time campers. According to KOA, the majority of first-time campers in 2020 decided to do so for reasons directly tied to the pandemic. In addition, campers that year ventured further from home than in past years, suggesting that Americans increasingly chose to travel by car and camp than travel by airplane and stay in a hotel. Compared to 2015, the percentage of campers who traveled more than 200 miles to camp increased from 17% to nearly 30%. 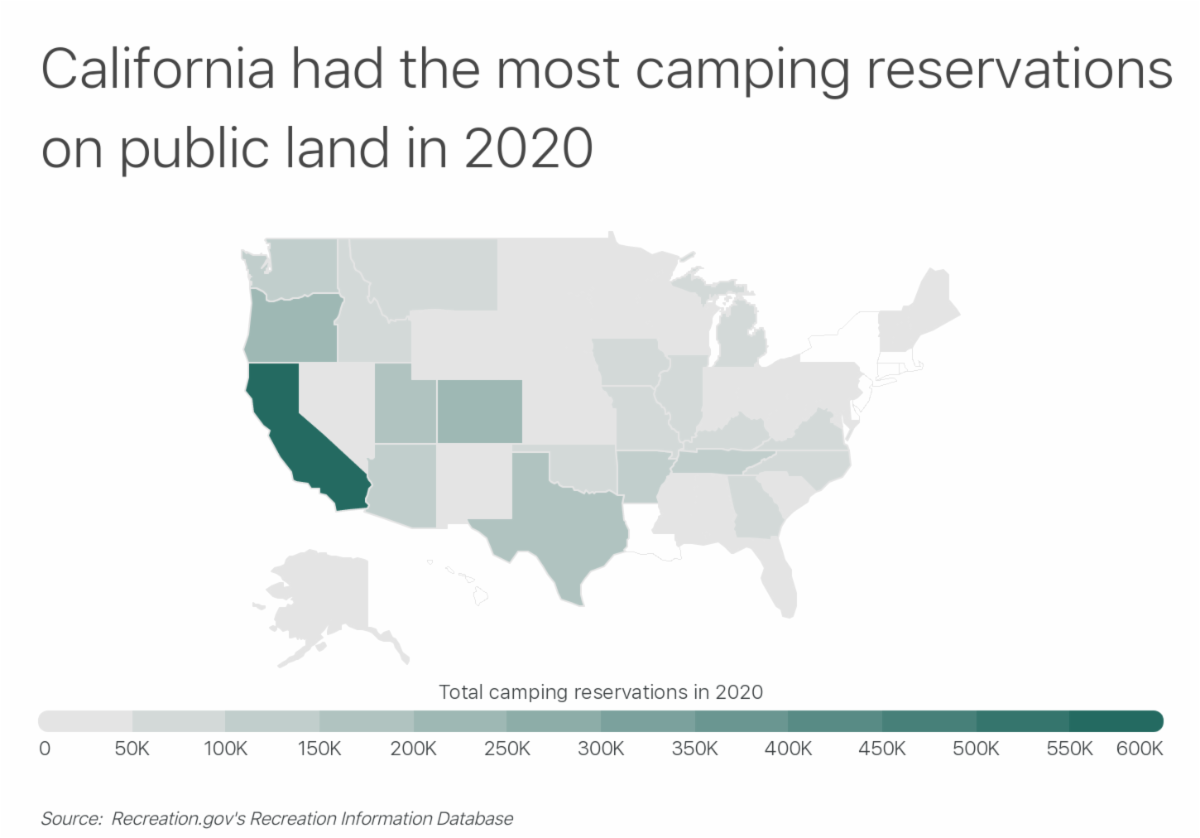 The analysis found that from 2015 to 2020, Recreation.gov reported a 58.8% increase in camping reservations made in the state of California. Here is a summary of the data for California:

For more information, a detailed methodology, and complete results, you can find the original report on Outdoorsy’s website: https://www.outdoorsy.com/blog/most-popular-states-camping