A high school student in Colusa, California, said his teacher threatened to remove him from a virtual classroom for displaying a “Trump 2020” flag pinned to his bedroom wall.

The student’s mother told CBS Sacramento that her 16-year-old son was attending an online class for Colusa High School from his bedroom where the pro-Trump flag is displayed on the wall. His chemistry teacher, who apparently disagreed with the political message, demanded that he take it down or adjust the camera angle so that the flag can’t be seen.

“Since school has begun, my son has had this Trump flag hanging in his background,” the student’s mother told the news outlet.

One student took a recording of the online class when the incident took place. In the video obtained by CBS Sacramento, the teacher can be heard counting to 15 while repeating her demand.

“You can sit up, remove the flag, or reposition your camera within the next 15 seconds or I’m kicking you out of class,” the teacher said. She didn’t make it to 10 before the student waved goodbye and logged himself out of the virtual classroom.

The student’s mother said she doesn’t blame the teacher, who has since apologized for the incident. “She is a new teacher and it’s a mistake,” she said. “There hasn’t been any guidance given to her as a teacher for the school.”

The Colusa County Code of Conduct includes a dress code ban for clothing with “vulgar, obscene, or profane” messages, or messages which “degrade any race or other group of individuals,” but doesn’t mention anything about political statements. California’s state law generally allows students to express their political views by wearing buttons and other insignia on campuses.

In July, an 18-year-old student said her university threatened to cancel her admission after she posted a pro-Trump TikTok video that featured a Trump flag.

Samantha Pfefferle, a freshman at Marquette University, shared the video in which she dances outside her home, where a “Trump 2020” flag is displayed. The video is titled “When the libs find their way to your page,” with captions such as “When people see that I support Trump,” “Then try to hate on me,” and “And think I’ll change my views.”

The young Trump supporter said she has been bullied, harassed, and received death threats from students on campus following the video. Marquette’s dean of undergraduate admissions, Brian Troyer, also contacted Pfefferle, telling her that the Milwaukee-based school might reconsider her admission. 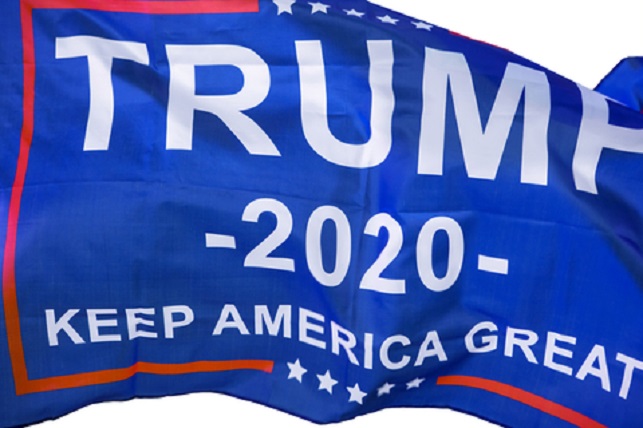 Another example of the tolerance and inclusiveness of the Left.