California – This Is The Big One

When the big one hit the Golden State, it started as a tremor. Hardly a soul noticed. The date was January 4, 2021. On that day, the Election Integrity Project®California (EIPCa) and a group of congressional candidates filed a lawsuit in the US District Court, Central District. Their complaint is simple but unique. In essence, it says “Based on the sworn testimony of many witnesses, we believe election fraud may have occurred in the November 2020 election. We would like to have a look at the voting machines and the ballots to see what actually occurred. If there was fraud, we would like the court to strike down the laws and regulations that enabled it.” 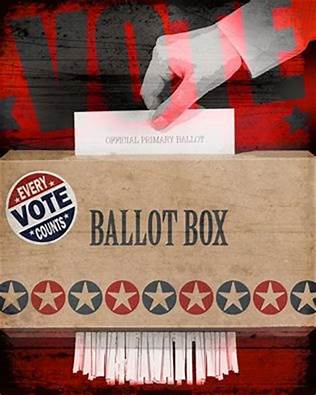 Fast forward six months, the ground has cracked and the tectonic plates are shifting. How do I know this when the rest of the nation hasn’t felt a thing? Because the LA Times did three hit pieces within five days to attack the citizen volunteers of EIPCa. They chucked every name, every piece of hearsay and innuendo they could come up with at them and none of it stuck. None of it.

You can’t blame the failing liberal Times for trying. With dwindling readership and thinning resources, they and many of the media are shadows of their former selves. But even at their height, they would be no match for EIPCa, because lies always crumble when the quaking starts. And the volunteer force, of every age, color, and ethnicity at EIPCa, stands on a mountain of data that will not be shaken, a bedrock of TRUTH.

Even without a PEEK at any machine or mail-in ballot, they discovered things such as the state currently has 1,834,789 more registered voters than eligible citizens, or that there were 123,785 more votes counted than voters who are shown to have voted (ghost voters), or that between June 2017 and November 2020, EIPCa identified 93,911 registrants who show inexplicable changes of birthplaces from a foreign country or another U.S. state to “California”. Facts… Data… And that’s not even what they do best.

According to its mission statement: The Election Integrity Project®California (EIPCa) is a nonpartisan group of U.S. citizen volunteers seeking to fulfill our duty to actively participate in the governing of our state/country, a government of, by, and for the people, by helping to ensure the integrity of that part of our Republic through which citizens exercise our most fundamental right, the right to choose our representatives by fair and honest elections.

Let me tell you first-hand who EIPCa really is. (I just whispered that into my computer because I saw Joe Biden do it. I have no idea what it does and somehow, I don’t think he does either.) They are an unpaid, all-volunteer force working tirelessly, 24/7, in the pursuit of fair elections in California, Arizona, Nevada, and Arkansas. The principals are two tenacious women who can go toe-to-toe with anyone on election issues. They travel EVERYWHERE educating voters on election processes and how they can participate as poll workers or watchers. Racists, right? Along the way, they somehow find the time and energy to pour over millions of voter rolls and the mountains of affidavits and polling reports that are constantly submitted. They walk the walk and talk the talk. We should all be like EIPCa volunteers!

But as a congressional candidate, my steel blue eyes quickly pierced through the façade, and I deduced that none of these attacks are actually about EIPCa and their voluminous evidence. That data has been sent multiple times to the California Secretary of State with zero effect. This isn’t even about the lawsuit headed to the 9th Circuit Court of Appeals.

This is about getting ahead of the political upheaval headed for Mr. French Laundry himself, Gov. Gavin Newsom. The big one!

Every California political officeholder’s nightmare is having every polling place staffed with non-partisan, professionally-trained observers who know what to look for when something improper occurs and how to report it. EIPCa is doing just that.

This terrifies progressives who feel the quake coming for their house of cards. They played the race card, “fair elections somehow disenfranchise brown and black people”, but that card won’t play when hundreds of thousands of signatures gathered in the recall effort belong to Californians of color. In fact, the entire liberal deck of identity politics is cancelled by the diversity of those signatures, from voters who long for the prosperity and promise of our past and a brighter future.

This battle is far from over, but when you are contending for the very existence of your country, it’s one heck of a motivator to get off the sidelines and into the fight! Mike Cargile is a congressional candidate in Southern California’s 35th District. He is a co-plaintiff with the Election Integrity Project – California in a lawsuit heading to the 9th Circuit Court of Appeals over irregularities in the 2020 Congressional elections.

For California to be saved, first the disenfranchised Republican hosts of the Democrat virus must escape to red states in greater numbers. They are the most productive residents; it is their tax dollars ‘feeding the beast.’

When a virus loses its host, it eats itself alive. Socialism demonstrates this. And California Dems are socialist. Too many welfare recipients + too few producers = a ‘state’ so uninhabitable only desperate illegal aliens and Chinese Communist Party spies would willingly move in.

Only then can a remnant of California patriots freely decide they’ve had enough, and secure election integrity. But the corruption is too systemically rooted in the state at this time. California is a village that has to ‘burn’ first.

Keep this post up 20 years and tell me I was wrong.

Defund the CAGOP and send that money to EIPCA, where at least it will do good for California!!!