By Larry Sand and Lia Rensin

On March 5th, the California Department of Education released a fourth draft of its Ethnic Studies Model Curriculum. Not surprisingly, letters opposing Critical Race Theory and Critical Ethnic Studies comprised the #1 concern about the ESMC. And yet, more than half of those letters were not counted by the CDE, and more than 100 pages of suggested edits were likewise completely ignored.

Critical Ethnic Studies, one approach to teaching the subject, is political indoctrination that has traditionally been limited to higher education.  Based on Marxist and Critical Race Theories, CES views history and society through a racial lens, connecting educational institutions to the revolutionary overthrow of systems. As such, it highlights militant movements and violent role models to encourage students to “radically transform” or “destroy” neo-colonial systems of oppression.

The public clearly told the CDE that it wants the ESMC to reflect a constructive ethnic studies approach and the CDE actively ignored them. Tellingly, the primary example of a constructive ethnic studies curriculum, that of the Los Angeles Unified School District, has been specifically removed from the chapter that lists recommendations. By contrast, the remaining courses focus on “mastery of the concepts/constructs of colonization, hegemony, forms of oppression….” 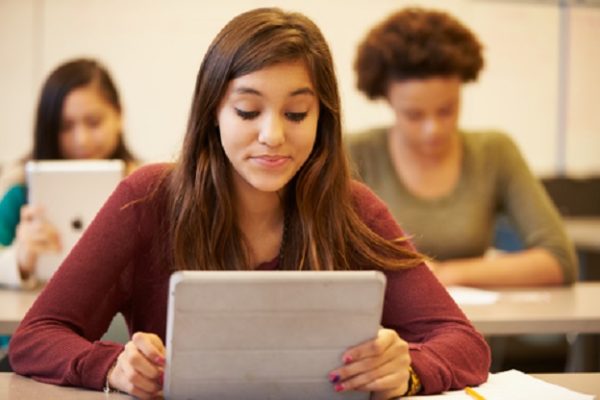 This suppression of an opposing voice reeks of the same ideology that the Critical Ethnic Studies approach propagates. “The CDE’s decision to alter the comment processes in the wake of constructive ES/CRT opposition reflects the CRT approach of ignoring inconvenient facts to promote a specific political agenda,” says Elina Kaplan, co-founder of Alliance for Constructive Ethnic Studies.

Instead of ensuring that students learn how to critically analyze opposing viewpoints and make informed decisions, the CDE has determined that the only way to teach our children ethnic studies is to indoctrinate them into this victim/oppressor model. The state is wasting this opportunity to increase understanding and empathy among various ethnic groups, instead remaining tone-deaf to heartfelt concerns raised by students, teachers, parents and community members, and powering forward with a curriculum likely to sow increased division rather than build community.

Further inflaming parents and educators is the removal of trauma warnings. In the 3rd draft, educators were advised that “[e]ngaging topics on race, class, gender, oppression, etc. may evoke feelings of vulnerability, uneasiness, sadness, guilt, helplessness, or discomfort, for students not previously exposed to explicit conversations about these topics.” This sentence has been removed from the main body of the ESMC, as has the suggestion to have counselors available when “negative emotions/trauma” arise from ethnic studies classes. Individual sample lessons, however, still notify educators on the possibility of trauma.

Although the original intent of the ESMC was to provide a model for a high school-level course, it has morphed into a K-12 curriculum, in large part due to the push from ideologues. The content of many of these lessons is not age appropriate and citizens are enraged about teaching a victim/oppressor model to children as young as five. Removing the warning without fundamentally adjusting the approach does not solve the problem nor does it change the fact that our education system should not be pushing a curriculum that may traumatize our children.

Draft 4 continues to reflect the divisive Critical ES victim/oppressor paradigm. “While the ESMC should engage students in open and honest discussion about difficult topics, teaching students to focus on being victims of oppression, rather than empowering them with skills and pathways to succeed, is a terrible injustice,” says Mauricio Cevallos, founder of Latinx for Quality Education.

The State Board of Education meets March 18th to consider this proposed curriculum.  School districts across the state will be using this model as they design their individual courses as early as this year.

Rather than bury their heads in the sand, we hope that SBE members will reconsider the purpose of this curriculum – to deepen our sense of shared history, help our students understand and appreciate the rich histories and cultural contributions of California’s various ethnic communities, and work together to tackle the hard questions around racism and equality Parents and community members are encouraged to call in to the SBE public comment period on March 18th to share concerns about the ESMC.

Victimhood is not a static state and our children should be encouraged to look beyond the past into a brighter tomorrow. It is time to tell the stories of our collective history – the good, the bad and the ugly, in a balanced manner. We encourage SBE to think hard about the choices it makes, because molding students’ world vision has lasting consequences.  It is time for the state to adopt a constructive approach to ethnic studies.

Lia Rensin is a mother of three school-aged children in Santa Clara County and a member of the Alliance for Constructive Ethnic Studies. Larry Sand, a retired teacher, is president of the California Teachers Empowerment Network. The views presented here are strictly his own.