“Every elected politician, if they are not interested in election integrity, then they are part of the problem,“  Mike Cargill, Candidate for the 35th  Congressional District during his remarks at the June 21, 2021 EIPCa meeting in Thousand Oaks, CA. 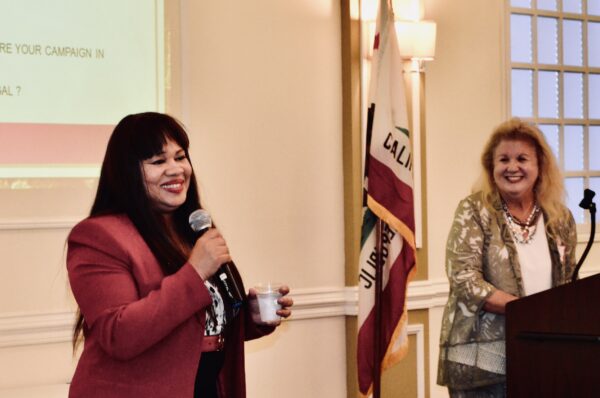 Ronda Baldwin Kennedy was the Republican candidate running against Julia Brownly for the 26th Congressional District in 2020. Kennedy stated” at the voting booth I beat her 3-1 but she received 94% of the mail in ballots “. In the Ventura County area where she was running, 94% of the voters are not registered as Democrat.

Congressional Candidates Ronda Baldwin Kennedy and Mike Cargile are 2 of the 13 plaintiffs named in a lawsuit filed on January 04th 2021 by the Election Integrity Project- California (EIPCa) in conjunction with Judicial Watch.

EIPCa is a non-partisan public benefit corporation with a mission to ensure the rights of each citizen to choose their representatives through fair and honest elections regardless of political persuasion guaranteed under the U.S Constitution.

The case, Case No. 2:21-cv-32 is a Federal Lawsuit  seeking Declaratory and Injunctive Relief due to stated irregularities with the November 3th 2020 elections. For complete information on this lawsuit, visit https://fairandtransparentelections.com/

Also in attendance were a panel of trained EIPCa election observers including Mary Gallegos of Agoura Hills, Rick Estrada of Moorpark, William Spangler of Westlake Village, Annette Sula of Fillmore, Rhonda Taylor of Fillmore, Rolando Chinea of Oxnard, and Gloria Massey Chinea of Oxnard. Mr. Chinea is also the Assistant EIPCa Ventura Coordinator and board member of EIPCa Board of Directors. Mrs. Massey Chinea is the Ventura County EIPCa Coordinator and member of EIPCa Board of Directors.

Congressional Candidate Mike Cargile stated “This is possibly the most important legal action taking place in the country. California politics, on both sides of the aisle, drive leadership and legislation at the highest levels”. He added “California is the key to the nation. The speaker of the house, the minority leader, as well as several of the advisors in President Bidens cabinet are products of California politics. In many regards, California is the head of the snake, and the way to kill the snake is to cut off the head.”

On June 15th, 2021, the case was dismissed on standing paving the way for an appeal with the 9th Circuit Court of appeals. 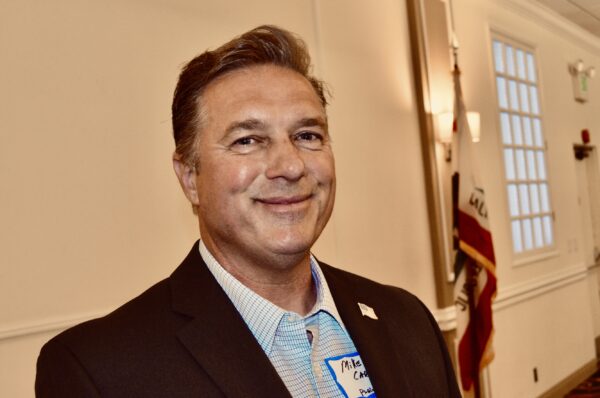 The significance of this case, according to Congressional candidate Ronda Baldwin Kennedy is, if it is successful at the 9th Circuit, it becomes citable and will set precedence for other states in the union. Should the case be denied at 9th circuit, the case goes to the US Supreme Court.

A stipulation of the lawsuit includes forensic audits of the 13 districts which were named in the lawsuit. To fight this battle is vital but the financial obligation on EIPCa is considerable. The current estimate of legal costs and audit fees to the organization is $2.6 million.

Anyone who wishes to support the work of EIPCa is encouraged to donate at https://www.eip-ca.com/. Volunteers are also needed as poll workers and elections observers.

8 months later, what’s happening with this ??

Have you ever asked yourself….At the close of America’s Constitutional Convention in 1787, Benjamin Franklin was reportedly asked by George Washington’s friend, Mrs. Elizabeth Powell of Philadelphia, “Well, doctor, what have we got, a republic or a monarchy?” Franklin responded, “A republic, madam, if you can keep it.” This is our opportunity to ask yourself the same thing. As American citizen we must seek election integrity. Election Integrity Project California is seeking the truth, honesty and clarity in our election process. It’s time to act by seeking transparency in the election process so we can maintain our election process which is maintaining our constitutional republic by having fair, transparent & honest elections. Join our efforts!

Thank you for publishing this critically important story.

This is important information for Californians. Disturbing that the VC Star and the Acorns haven’t mentioned it.

YES GREG, all the more reason that I spread the word to go to Citizens Journal for an unfiltered source of news.