Anniversaries and birthdays are usually thought of as celebratory events, but on February 16th, California marked an unhappy milestone.

It started in November 2020, when voters narrowly passed Proposition 19. While the initiative contained some positive elements, it also repealed an important taxpayer protection from the California Constitution that taxpayers have relied on for nearly 35 years. 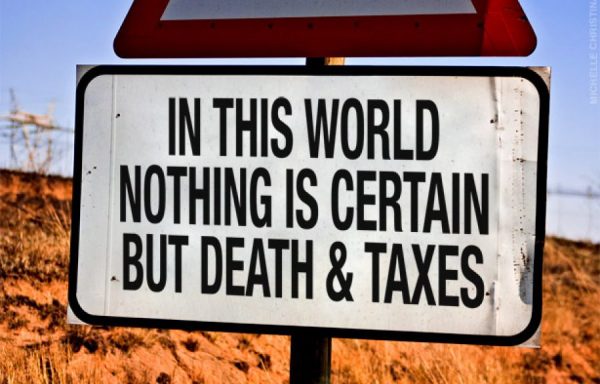 Specifically, on February 16, 2021, Prop. 19 went into effect, resurrecting a Death Tax on property that voters had eliminated back in 1986. Today, one year later, thousands of families have personally encountered the unwelcome and cruel return of the Death Tax.

Here is how the Death Tax works. It is triggered on the date of the passing of the last surviving parent or grandparent. Their home or small business is reassessed to current market value and then their children or grandchildren are hit with the Death Tax — a massive increase in the annual property tax bill.

Not only has the Death Tax has upended the estate plans of parents and grandparents, their children and grandchildren are just now learning of the devastating effects of Prop. 19. Even those who wish to move into an inherited home are not protected from higher taxes. In one recent call to the Howard Jarvis Taxpayers Association, a grieving child told us about the home his parents purchased in Alameda County many years ago in an area that has become quite desirable. His mother passed last year, and the one-year deadline is fast approaching for his decision on whether he will move in or not. His new tax bill will be $16,000 per year if he moves in and $26,000 if he doesn’t. He said he doesn’t know if he can afford to keep his family home, either way. His only hope is if the Repeal the Death Tax initiative gets on the November ballot and passes.

The Death Tax threatens to gradually wipe out the availability and security of housing for renters. The passing of mom-and-pop landlords triggers the reassessment of buildings to current market value. That could mean the sale of the property by the owner’s children if they are unable to afford their new tax bill. For the tenants, the outcome is likely to be a rent increase or eviction.

As we reflect on the one-year anniversary of the Death Tax, it is clear that Californians are in need of the restoration of the taxpayer protections that have been lost. The Howard Jarvis Taxpayers Association understands the consequences of unaffordable property taxes, which is why we have introduced the Repeal the Death Tax Act for the November 2022 ballot. This measure would restore the Constitutional taxpayer protections that would allow for the inter-generational transfer of properties without triggering reassessment and massive tax bills.

Click here to read the full article at the OC Register

One more reason we left CA. We had a brother in our will to get the house, but I doubt if he’d be up to paying $20+K/yr .

Exactly. We will sell and leave, before subjecting our children to California’s robbery of heirs. AB2088 is the Democrats money grabbing attempt to penalize residents, who wish to leave…and continue for 10yrs after their move. Insanity. This is what you get, when you have Marxists/Communists in power, masquerading as the party that cares about you. Eliminating Prop 13 altogether, will be their next move, too.

Strange how your attacking AB2088, which died last year in committee. That all ya got to whine about? If you need more to complain about you can look at the very weak man in the mirror and blame the Dems for your lack of manhood.

Died? Really? Not according to ca.gov website. When I look in the mirror, I’m proud of what I see. My wife, kids and friends, think the same. I see no weakness in my manhood. Proved it many times in the military and my life’s challenges. Only thing you got right, is yes…I do blame you Dems for EVERYTHING that’s wrong now.