An informant claims that the parents of a friend who attend Calvary Chapel Godspeak in Newbury Park tested positive for COVID-19 recently. The informant says that they informed the church of this. The couple confirmed this and said they did not attend services after that, but refrained from further comments, deferring to church authorities. We are keeping the names confidential.

We initially received this message from the informant:

“Has two confirmed cases. (names redacted)—both notified the church who did nothing to warn parishioners and had services on Sunday. Its gonna be a mass spreader. They have infected people in the community.”

“First and foremost, please leave (names redacted)  alone. They are very upset with me. They are VICTIMS of Rob McCoy’s greed and if we don’t shut down Godspeak, the entire community is set to become his victims as well.”

The (couple-names redacted) were in Tahoe for two weeks. They came back home and attended Godspeak on the 15th. On Tuesday, (my friend- name redacted) came into contact with them. On Friday, for reasons unknown to me, the (couple-names redacted)  tested positive and notified myself and (friend). We immediately quarantined and (friend) tested positive on Sat the 21st. It is my understanding the (couple-names redacted) informed church leadership on that Fri as well (20th). The church held normal services and made no covid announcements — which you can personally witness on their livestream dated 11/23/2020. No social distancing. No masks. Just anti-mask propaganda. We are mildly symptomatic at this time.

Godspeak was one of the first CA churches to open during the lockdown and subsequently refused to limit attendance, enforce social distancing or masks, although some attendees do. The church does take certain precautions. They are currently embroiled in litigation with Ventura County over noncompliance with County Health orders.

The informant claims that congregants were not informed of the positive tests, nor were services canceled. The informant also claims that the services are “hateful” and and that Pastor Rob McCoy says COVID is from the devil and caused by Joe Biden. We asked our faith reporter Michael Hernandez, who often covers Godspeak affairs about this and he said he has heard no such thing. Since the services are recorded and published on the web and Facebook, you can check for yourself at their youtube channel: Godspeak Livestream

When I spoke to Senior Pastor McCoy tonight, he said that it does not appear that the couple picked up COVID at the church and that they are asymptomatic.

He has no intention of closing down the church. When I asked him what precautions are taken, he said that they sanitize the church, ionize the air, use UV light, have people wash their hands, discourage high risk people from attending by  encouraging them to watch services online. He says there have been a few cases he knows of among congregants, but none so far have been traced to Godspeak’s church services. We are aware of one previous COVID-19 illness in the congregation, a 96 year old man who was briefly hospitalized. McCoy said that Calvary Church Chino Hills, a far larger church with 4,000 congregants, is having no real problems either.

Pastor McCoy addresses this and more in a previously recorded session:

McCoy said that the COVID-19 situation severity is exaggerated, the numbers incorrect, that the risk of dying is .00001% and that the measures taken are causing far more damage than the pandemic itself. He believes that protecting the most vulnerable is the correct approach. He said hardly any county deaths were COVID-19 alone-caused, but nearly all had co-morbidities. When I pressed him for how many were primarily COVID, he wouldn’t give a number.

Editor’s note: There have only been three cases out of the 175 deaths countywide who had no comorbidities.

With at least 12 million known positive tests nationwide and growing rapidly, the probability of at least some infections in any large group is fairly high. The vast majority of infections show no symptoms. The vast majority with symptoms recover. Older people with co-morbidity- serious illnesses, are most at risk and should consider staying home. While the case rate is expanding rapidly, the death rate has plunged, although it has ticked slightly upward this fall.

When I asked McCoy if he had any other comments, he first pointed to ” CA Gov Newsom, issuer of lockdown orders, who hypocritically holds luxurious dinners for 22- $15,000 for liquor alone, with maskless, shoulder-to-shoulder health officers…. and he is laughing at us.” He also remarked on Ventura County Health Officer Robert Levin’s recent 12.5% pay raise. Levin is the official who interprets CA guidance and issues the health orders which have allegedly enabled litigation against the church by the county.

Godspeak also has lots of online subscribers- about 17,000 we are told, far more than physically attend services. Thousands often view Sunday services and they have had about 1,000,000 viewers of their “fireside chats,” regionally, nationwide and even abroad.

Clearly… I attend Grace Sundays and mid week and Sunday evenings with my adult son and Downs syndrome brother in law. . We have 6000 people on Sunday AM we dont SD or wear mask ( many of us dont wear masks anywhere thats my family) we hug and shake hands, Been doing this since July. I also go out to places that are open parking lot dances I mix it up. So what happened? My adult daughter who think ls a mask matters… who follows the guidelines… got C-19? Fortunately she found out that dad was right, it’s just the flu… so she’s fine after being scared.. The reason people post names is credibility. Anonymous people are generally lying. Truth walks in the light and we are not ashamed of the truth?

I also attend Godspeak, & I have never heard a hateful comment from anyone in leadership. Rob McCoy is doing what other Pastors should be doing…..this is a Constitutional issue! If big box stores, liquor stores, Pot stores, casinos & strip clubs are all deemed essential but churches are deemed Non-essential, then this has nothing to do with public health safety! Wake up people!

To the Christians , we do not know the real truth about the virus. why can’t the church use the quick test method every Sunday morning before the go so all should be safe 95.5 % like the vaccine claims. What is the persentage used for all new drugs that have to deal with our immune system 95 plus.
There is a persentage of the population will not survive a vaccine injection – Right ?
Christian thought- A REAL CHRISTIAN does not LIE/ PERIOD. Does this seem a really hard not to do , you decide for your Self-Awareness because this is where GOD is waiting to hear from us.
David Crow Cope

Your silence is wordy. Go emote somewhere else.

Read my reply above and then respond?

‘Number of cases’ is dishonest.

The only transparent tally is the number of actual deaths.

(Of course, too many fraudulent recordings exist, i.e. people dying from something else, but ‘officially’ counted as a virus fatality. Higher virus death count = more taxpayer dollars to the hospital.)

‘Case counting’ is a racket — and an excuse for everyday Marxist fascists to intimidate, harass and persecute strangers who are not like them.

It is impossible to prove the exact time and place you contract a virus or a cold. They could have picked it up anywhere.

You are applying logic to a panic!

I attend Godspeak Calvary regulary and I can vouch that Pastor Rob has never said such things about Covid being caused by Joe Biden. How ridiculous and silly. Adults must be free to make our own decisions about our own health. If the “informant” has an issue with Godspeak, she should stay away. I applaud Pastor Rob for allowing Christians who need to be in Church to worship God a place to go. I think the informant should go report on the strip clubs that Gov. Newsom is allowing to be open.

“Adults must be free to make our own decisions about our own health” that would be okay, but then you, after engaging in this high risk of transmission activity- shop in the same market I do, and so forth, then no. Doing so is simply selfish. I have cancer patients to worry about, that I do the grocery shop for- you can watch the live stream of your church and not put others in danger.

You could also do curbside delivery for your grocery shopping if that is a concern for you or your clients. Individual freedom does not end where your personal preferences start. It is not selfish to live your own life; however you demanding others to behave as you deem fit is true selfishness. In the end, we all must take the personal precautions that fit our individual needs and life. For thousands of people, this includes in-person church attendance.

Your health is your own responsibility not mine.

If you and your cancer patients are at risk stay at home. They can order off Amazon fresh or Vons home delivery. They don’t need you. See how telling others how to live their lives is a douchey move yet?

No we are not selfish for telling you guys to get bent. You are the ones selfish for trying to tell us to stay home.

The Church is a ‘bodY’ fellowship. G-d commands us to worship Him together. Pray over one another, annointthe sick with oil” lay hands on the sick. Church is communal not solitary; church as G-d directs. Poeple make their own G-ds and therefore their own churches. The ‘Platinum rule” is not not force others. You worship as you please we worship as we believe. Howz that? I am thinking you would not wantto be ‘ordered” around any more than we do?

Dude, back off with the indignant piety. We just want to get some exercise at the YMCA. Sadly we’re being “ordered” that we can’t by the current tenant. 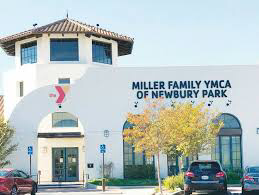 Lies slander and gossip. from annonymous…

A positive PCR result is not a case in reality, unless accompanied by an actual illness replete with symptoms. Even then the vast majority of active infections pass without incident utilizing normal treatment protocols for viral based infections. We are being played. Lots of + results on a process that does not identify a specific virus. What could possibly be wrong with that besides “everything”?

I agree I had a transplant and have PCR test ran on me for CMV virus. It’s not a one and done test. I had the test ran every week for 2 months and follow up at 6 months. It does have false positives and they look over months to make sure it’s positive or negative.