In late November 2019, detectives with the Camarillo Special Enforcement Detail began an investigation of a Camarillo resident identified as Christopher Oleksik regarding manufacturing illegal assault rifles and involvement with controlled substances.

On 12/05/19, detectives served a search warrant at Oleksik’s residence in the 50 Block of Glenbrook Avenue in Camarillo. While searching the residence, detectives located approximately 20,000 rounds of ammunition, 4 AR-15 “assault rifle” style rifles, 1 shotgun, 1 bolt- action rifle, 6 handguns, 3 partially built AR-15 rifles, body armor, what appeared to be a fully functional flame thrower, and tooling consistent with the manufacturing of firearms. In addition, an amount of heroin and drug paraphernalia was also located in Oleksik’s bedroom. Following a search of a storage locker associated to Oleksik, detectives located 2 additional AR-15 assault rifles.

Detectives also confirmed that one of the semi-automatic handguns seized did not have serial number and was also not registered. Both these firearms are considered “ghost” guns. A ghost gun is a term used to describe firearms illicitly manufactured by individuals without a serial number or other identifying markings.

Based on the results of the investigation, Camarillo Special Enforcement Detail detectives arrested Oleksik for the following charges:

Oleksik was booked into the Ventura County Pre-Trial Detention Facility with a set bail of $105,000. He subsequently bailed out of custody and has a pending court date in late December 2019. 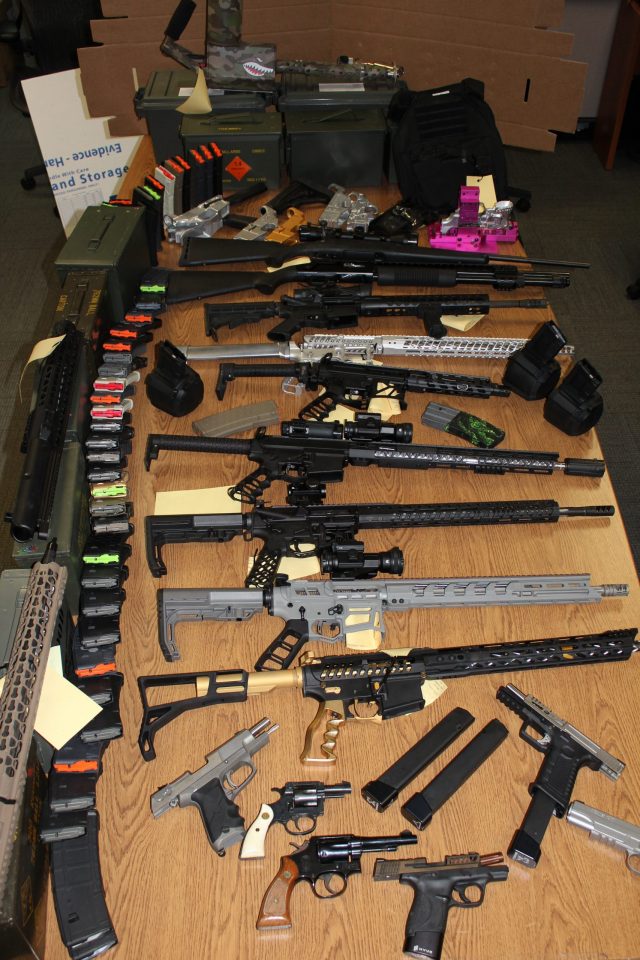