On 05/21/20, the Camarillo Police Department Special Enforcement Unit concluded a month long investigation and arrested several suspects for narcotic and firearm violations at a residence in Camarillo.

In April of 2020, the Camarillo Police Department Special Enforcement Detail received information that a Camarillo resident identified as John Gasier, was illegally storing trash in the front of his residence in the 100 Block of Encino Avenue in Camarillo. Detectives were familiar with Gasier from previous law enforcement contacts and they were also aware there had been numerous recent noise disturbance calls at his residence. During the course of this investigation, detectives also obtained evidence indicating Gaiser had access to and was possibly in possession of firearms at his residence. Based on recent legal actions against Gasier, he is currently prohibited from possessing firearms or ammunition.

On 05/21/20 at about 7:45 AM, members of the Ventura County Sheriff’s Special Weapons and Tactics Team (S.W.A.T) and the Oxnard Police Department S.W.A.T Team served a search warrant at Gaiser’s residence in the 100 Block of Encino Avenue. During the warrant service, Gasier and four other subjects exited the residence and were detained outside. While SWAT team members were searching the interior of the house, they located two additional subjects hiding inside one of the bedrooms. These two subjects subsequently complied with instructions and were escorted out of the house. In total, seven subjects were contacted at the residence.

Following the service of the search warrant, detectives searched the residence and located amounts of methamphetamine and cocaine possessed for the purpose of sales, about $3300 in cash, a loaded semi-automatic handgun that had been reported stolen out of Los Angeles, and ammunition. Detectives also confirmed Gaiser had several other renters living at the location.

As a result of the investigation and search warrant service, five subjects were arrested at the residence for the following charges:

The Camarillo Police Department Special Enforcement Detail is a plain clothes unit that conducts a variety of investigations of crimes and criminal activity occurring within the City of Camarillo.

The goal of SED is to reduce property crime and violent crime through investigations and directed enforcement.

The Ventura County Sheriff’s Office would like to thank members of the public for their on-going support in providing information to assist our agency in solving crimes. We are better at what we do because of our community partnerships. Anyone with information regarding criminal activity is encouraged to contact the Camarillo Police Department at 805-388-5100. 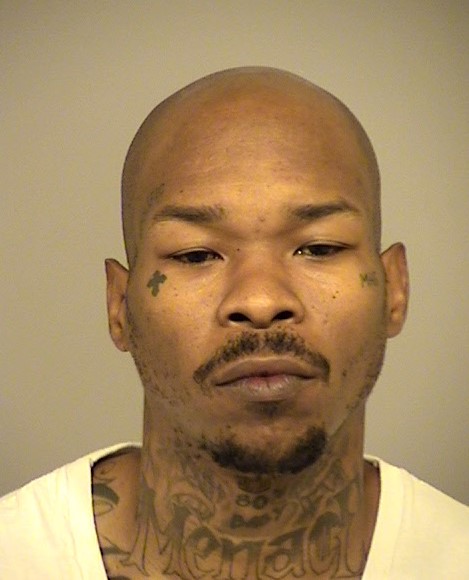 You forgot the “Mmmmkay?”

His original comment was, “Drugs are bad. Don’t do drugs,” but without Mr Mackey’s usual “Mmmmkay?” So that’s what I added.