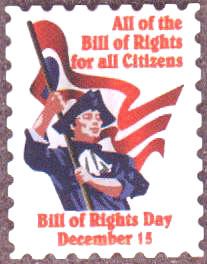 Today is the 228th anniversary of the signing of the Bill-of-Rights addendum to our U.S. Constitution (link is the full version with all amendments).  These were the first ten amendments to the original Constitution created several years earlier. This was done because it was not possible to gain the full approval of the thirteen original colonies which banded together for the revolution, until additional guarantees of basic rights were recognized and incorporated.

A fairly small percentage of the colonists fought a long and bloody war of independence so that I could even write this today.  Many who followed benefited from the freedoms resulting from that struggle. Still other struggles were necessary to keep those liberties, via wars, legal battles, elections, information campaigns, protests and more. Not all benefited immediately. For example, it took another “fourscore and seven years” before slavery was ended.

The Declaration of Independence was the formal document which put what was already a simmering conflict with our British colonial masters into high gear. If you read the Declaration, it becomes obvious that it wasn’t just a spur of the moment rebellion.  It was the result of a long conflict preceding it because the colonists’ rights and best interests weren’t well-represented by the power structure.

During the war, the states created the Articles of Confederation, which formed a rather loose affiliation to band them together for specific mutually agreed common interests, not the least of which was fighting the war of independence, since the British wouldn’t yield to the colonists’ demands.  The articles weren’t fully finalized and approved until 1781. Maybe the new United States Citizens were still gun-shy about overly repressive government, so they might have erred in the opposite direction.

It wasn’t until 1787 that delegates agreed it wasn’t up to snuff, another Constitutional Convention was ordered and an agreement took four months of secret debate to hammer out the original U.S. Constitution.  But participants were unable to get all the states to agree, because some saw that what was created did not offer sufficient protections to the People vs. government.

So, they met again and proposed some amendments, which were finalized and approved on December 15, 1791. What was proposed was not exactly what was approved, which came to be known as The Bill-of-Rights. It is fair to say that the union might have failed without these additions. 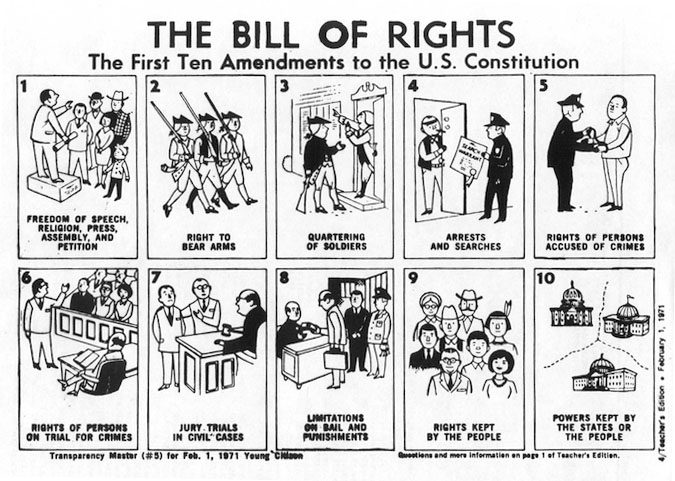 There have been some big gains, like the elimination of slavery, rights of workers, women, and more. But even with bloody wars and pi 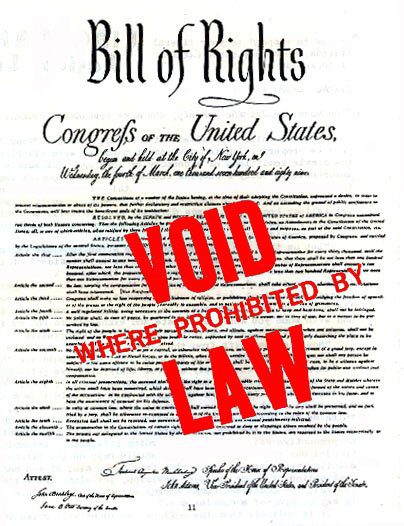 tched civil battles fought to protect our rights, there has been severe erosion of our rights, in the name of the state and “the greater good.” The first eight amendments, except the Third, are under constant attack and have been yielding to internal forces of oppression, assisted by certain international organizations. The Ninth and Tenth had been mostly dormant for a long time, but some liberty-minded people are rediscovering their virtues.

It is heartening that some rather diverse political constituencies agree on much of this. Unconstitutional statutory “laws,” “executive orders” and questionable court rulings, as well as de some facto police and regulatory practices, have trashed our Constitution to the point where many question its continued survival as the beacon of the free world. Former U.S. Senator Jim DeMint estimated that 75% of all bills passed by Congress are unconstitutional. Yet, how many are struck down by courts and what mechanism does Congress use to prevent such bills?  What unconstitutional “laws” are they repealing?  This problem has flowed down into state and even municipal governments.

The time for the People to get involved in protecting their own their own rights and liberties is upon us. Revisit our founding documents, underlying ideas, current conflict over them, contact other patriots  and see what you can do to help keep our Constitutional Republic.

George Miller is Publisher of Citizensjournal.us and a “retired” operations management consultant, active in civic affairs, living in Oxnard.

Get free Citizensjournal.us BULLETINS. Please patronize our advertisers to keep us publishing and/or DONATE.