Child Suicide, Covid, and the Unions

The teachers unions’ resistance to opening schools is killing kids…literally.

According to the Centers for Disease Control and Prevention, about 6 percent of U.S. children aged 6 through 17 are afflicted with autism, severe anxiety, depression, trauma-related mental health conditions, and other serious emotional or behavioral difficulties. Due to forced school lockdowns, many of these children who depend on schools for access to vital therapies are being deprived.

Therefore, it is not surprising that mental health problems account for a growing proportion of children’s visits to hospital emergency rooms. In November, the CDC reported that from March 2020, when the pandemic was declared, to October 2020, the figure was up 31 percent for those 12 to 17 years old and 24 percent for children ages 5 to 11, compared with the same period in 2019. And when severe mental health problems exist, suicides escalate. 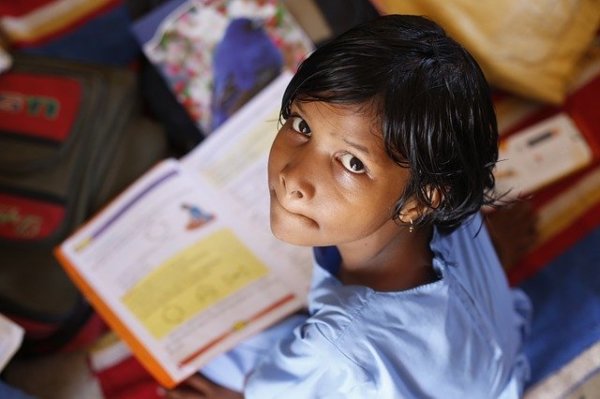 The National Institutes of Health reports that – pre-lockdown – about 70 children in the U.S., ages 5-14 kill themselves every year. While there is no national data yet for 2020, that reported number is likely to skyrocket. In Nevada’s Clark County alone, there were 18 youth suicides in the last 9 months of 2020.

As the mental health of our nation’s youth deteriorates, scientists are strongly recommending that students return to school. Just last week, the CDC reported that there has been “little evidence that schools have contributed meaningfully to increased community transmission.” The CDC released a study of schools in Wisconsin that found even when cases spiked in the community, there were only seven Covid-19 cases among nearly 5,000 students and no cases among staff.

But, ignoring science, the teachers unions aren’t budging on the reopening issue. National Education Association president Becky Pringle asserted in the fall, “When we look at the data and they say only 0.1 percent of kids will contract it and get seriously ill and die, that’s actually around 50,000 children.”  In response, Alec MacGillis of ProPublica retorted that the number of children known to have died of Covid-19 nationwide was around a hundred (the CDC has the number at 58 for 5-14 year-olds as of Jan. 27). Pringle then hedged, declaring that her “estimate reflected what could happen if kids go back to school.”

It’s obvious that the teachers unions have their own agenda, and science and data play no part in it. At first, the unions said a vaccine would get things back to normal, but now they have thrown up another roadblock. Claudia Briggs, spokeswoman for the California Teachers Association, insists, “…right now there’s no research evidence that the vaccine alone eliminates or reduces transmissions. It reduces illness.”

So just what will it take for the unions to agree to open the schools? As I and others have suggested, lots and lots of money could do the trick. Mike Antonucci has another take, however. He writes that “Teachers Unions Want a Seat at the Table When It Comes to Reopening Schools — But They Don’t Want It to Be the Hot Seat. That’s Why They Keep Moving the Goalposts.” If the unions agree to a certain opening regimen and subsequently a school employee catches the disease, fingers could be pointed at them. So look for an ongoing shift of requirements to open.

As the unions continue to play games, parents are getting fed up. The newly formed Open Schools California, an organization that unites parents from San Diego, San Francisco, Los Angeles and other cities, accuses Gov. Gavin Newsom of not having the political will to reopen school campuses. The group claims it has support from parent affiliate groups which represent about 10,000 families. Laura Babitt, a Berkeley Unified parent and newly elected school board member, recently wrote to the Berkeley City Council expressing parents’ frustration. “While science says we can do this safely, the unions are asking for more. So much more, that we may never be able to reopen schools for our earliest learners.”

Banks, supermarkets, and post offices are open, replete with flesh-and-blood employees on the job. The public – including teachers – expects them to be there, and has no problem availing themselves of their services. Also, other public servants – cops, sanitation workers and firemen – report to their jobs daily and don’t get to work remotely.

Why should educators be given a pass, especially  when the consequences are so dire for children?

A typical response is “You can’t educate dead kids.” But if teachers and their unions are truly concerned about dead kids, they should get back to work before the suicide rate for young people goes any higher. Judging by their recent actions, however, we are reminded that the teachers unions are not in the business of doing what’s best for children.