Children attending a “Stories Together With Drag Performers” event in Minnesota saw up a drag queen’s skirt as the drag queen sat spread legged in front of them.

A volunteer from the Child Protection League (CPL), a nonprofit organization that seeks to protect children from “exploitation, indoctrination, and violence,” attended the event on Oct. 17 at Ridgedale Library in Hennepin County, CPL President Michele Lentz told the Daily Caller News Foundation.

Lentz said the volunteer took a photo as the drag queen, who identified as Sasha Sota during the story hour, sat spread legged and children looked up the drag queen’s miniskirt. Sota did not respond to multiple requests for comment from the DCNF. (RELATED: California School District Will Not Allow Parents To Opt Children Out Of LGBTQ Content, Emails Show) 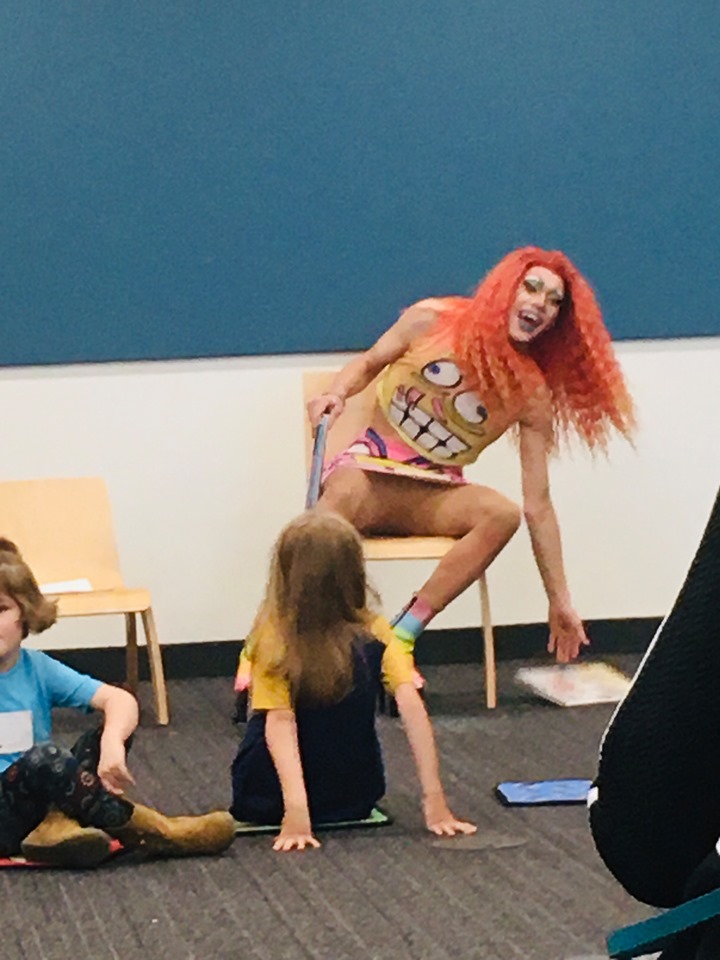 CPL posted the photo on Facebook, noting it had “not been edited, blurred, or altered in any way.”

Lentz noted to the DCNF that Sota was wearing some type of garment under the miniskirt and that the grainy nature of the photo obscures this. The children were not staring directly at Sota’s genitalia.

“Debauchery and sexual grooming are going on at our local tax-payer funded, Hennepin county public libraries right now,” CPL said in a Facebook post. “This ‘performer’ from Oct. 17, is most likely only 18 or 19 years old, from his social media, it looks like he just graduated from high school. What kind of parents bring their children to watch an adult strip club entertainer read transgender books?”

“We found out that the Hennepin County library association had scheduled drag queen story hours in 18 different libraries within Hennepin County,” Lentz told the DCNF.

Lentz said that because CPL recognized this issue affects children, the organization put out information educating the public on drag queen story hours and sent volunteers to the story hours. 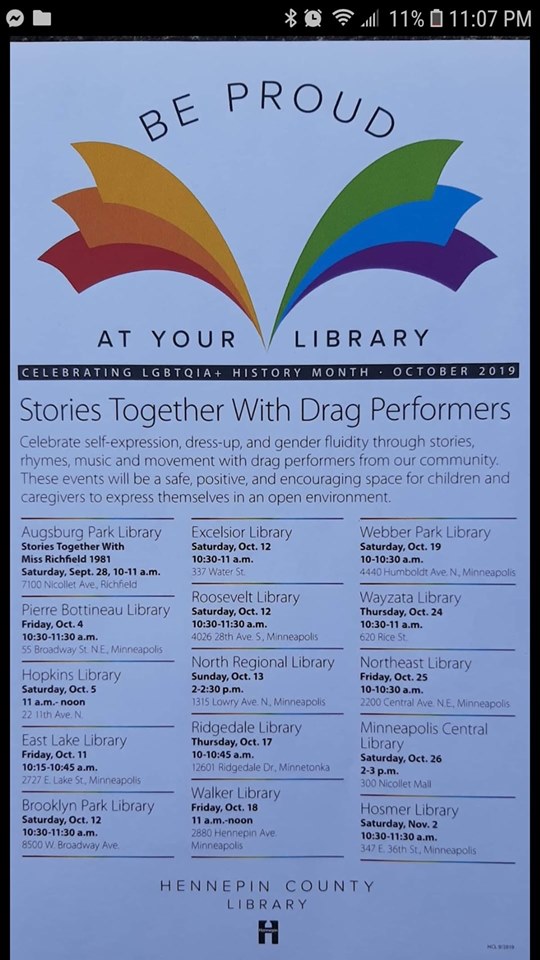 “We’ll be doing what we can to notify the public of those meetings and to encourage people to voice their opinion,” the CPL president said. “We’ll continue to monitor the drag queen story hour across the state where we can.”

“Drag performers historically were leaders in the fight for equality — including them in LGBT History Month observances is meant to both honor the history and provide a welcoming space for families who may not otherwise see themselves reflected in our public places,” the county’s statement said.

The statement added that most performances involve “a performer in brilliantly colored costume and theatrical makeup” who “read books and share songs about characters who are different in some way.”

“Partway through this year’s schedule, we realized the need for a performer dress code,” the statement said. “We followed up right away with each of the performers to ensure that their costumes are appropriate for the audience and activity.”

How is this man not in jail?? Isn’t this indecent exposure? And to minors? Absolutely outrageous!!

Bill would give $25,000 to aspiring school counselors, social workers