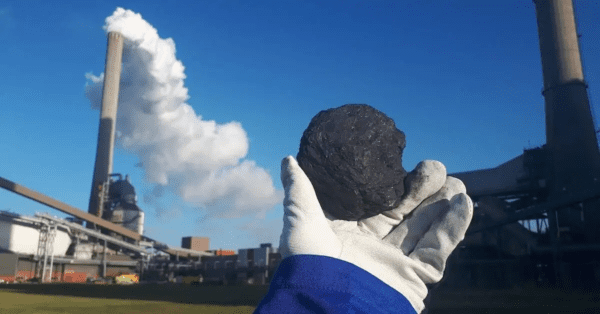 With his approval of the dangerous and irrational Inflation Reduction Act, President Joe Biden continues to make good on his administration’s promise to put the coal industry out of business within eight years. After all, at the United Nations COP26 climate conference last November in Glasgow, Scotland, Biden’s climate envoy John F. Kerry declared, “By 2030 in the United States, we won’t have coal. We will not have coal plants.”

But this makes no sense whatsoever. Coal provides inexpensive, reliable and domestically sourced power for America that we should continue to use far into the future.

Thankfully, some groups are fighting back against Biden’s insanity. For example, the West Virginia Coal Association and several other state-based coal industry groups blasted the Inflation Reduction Act, warning it will “severely threaten American coal” and an estimated 381,000 jobs. They stated that it “will quickly diminish our coal producing operations and all but obviate any need to innovate coal assets.”

Of course, this is all driven by the nonsensical idea that America can magically “stop climate change” by switching from its most reliable, least expensive energy sources to flimsy and costly wind and solar power. The leaders of China and India must be laughing at America for this huge misstep. For, largely unnoticed by western media, together, China and India are planning to raise their domestic coal production by a total of 700 million tons per year. That is about 100 million tons more than the total coal production expected in the United States this year.

India, in particular, has gone public with its intentions to open new coal mines and increase coal production. It has even celebrated the decisions publicly.

These are huge developments that are likely to have a lasting impact on the global energy scene and the politics surrounding the controversial and restrictive Paris climate agreement. They most probably will also impact future discussion of energy policies in the U.S, as India is one of its key energy partners and importers of U.S. oil and gas.

India’s energy demands have been rising by 5 percent every year. Around 50 percent of the total demand is met by the coal sector. The country has set a production target of 1 billion tons for 2023–24.

India has coal reserves sufficient for the next 100 years. Coal is also set to become the largest source of the country’s energy generation by 2040.

As a step towards achieving these ambitious production targets, India set in motion the auction of 41 coal mines for commercial mining. Coal mining stations that were under complete government control became privatized.

The auction process was facilitated by FICCI, an industry body that acts as the intermediary between the government and the industrial sector. FICCI’s president stressed the auctions “will help meet the country’s energy needs, reduce dependence on imports, modernize the sector and generate jobs.” She added that, “This landmark reform will unlock the country’s natural resources, stimulate the economy and catalyze India’s path to a 5-trillion-dollar economy.”

Prime Minister Narendra Modi, launching the auction, minced no words when it came to the intentions behind privatization. In a televised address, Modi said,

“Today’s auction is a win-win for all stakeholders. Industries will get new markets. State governments will get better revenues. Employment opportunities will be created for many, most notably youngsters.”

“The auction of coal blocks for commercial mining is a historic step. In a way, it marks the start of the much-needed process to free the entire coal sector from decades of lockdown. India has taken a major decision to fully open the coal and mining sectors for competition, capital, participation and technology. Reforms linked with the coal sector augur well for the development of tribal belt in Eastern and Central India.”

The Indian Secretary of Coal Ministry welcomed the decision and recognized how these auctions will help the coal sector flourish: “Commercial mining will bring coal mines and coal trade within the reach of any enthusiastic entrepreneur.”

But he also indicated that even such high production of coal cannot offer immunity from energy shortage. The country will have to continue to rely on imports of coal, oil, and natural gas.

This is where India’s energy partners like the U.S. can benefit immensely. In the two years ending with March 2020, U.S. oil exports to India averaged 6.8 million barrels per month.

India is the fourth largest importer of U.S. crude oil and the fifth largest destination for U.S. natural gas. In 2019, India predicted its energy trade with the U.S. would increase by 40% (U.S. $10 billion) in the year 2020.

Though India and China are part of Paris Climate Accord, they continue to expand their fossil dependency, in defiance of promises made at Paris. With the current pro-fossil stance, it is likely that India will continue to grow as America’s preferred importer of oil and gas in the coming years.

But ol’ Joe is stuck pandering to climate alarmists in the Democratic Party and is going the opposite direction on coal. Let’s hope sensible and courageous Republicans replace as many Dems as possible in the mid-term election now only three months away.