Over 500 people showed up to a local ‘peaceful protest’ to exercise their 1st amendment rights in the Thousand Oaks mall parking lot on Tuesday, December 22nd (Christmas week).  They were led in prayer and joyful songs by Kirk Cameron along with local leaders from many Churches.  This is the second such successful protest.
Due to the controversy of this event, it was covered by LA and local news stations including KFIAM640 who mocked Kirk Cameron’s support of intelligent design and his belief in God.
Attendees found the gathering to be enjoyable despite the noise of a news helicopter hovering overhead while a few counter protesters randomly circled the parking lot honking their horns.  One woman in the car, parked, sat on her horn and then proceeded to live stream the event.  While she was honking, two concerned citizens approached the car thinking the driver may be in distress, but found that this was not the case.  Another lone counter protester brought her bullhorn and attempted to disrupt the event by continuously reading the names of people who she believed to have been killed by Covid-19.  The new mayor of Thousand Oaks, Claudia Bill-De La Pena and the media still criticised carolers’ “recklessness” despite the fact that the virus has a 99.9% survival rate.  The mayor supports government lockdowns that have killed countless jobs and taken flung families into poverty and other desperate situations.
Kirk Cameron, who was twice nominated for the Golden Globe Awards for his portrayal of Mike Seaver on Growing Pains (the ABC sitcom).  Kirk points out that he thanked his doctor friend for sharing concerns of covid.  Protecting oneself from potential harm is a decision that everyone has to make for themselves.  If you are above a certain age, or in poor health, please stay isolated.  If you have concerns and want to wear a mask and social distance, then by all means do so.  With unemployment, abuse, suicides and addiction plaguing the country and are at an all time high, such events heal the soul and mind. 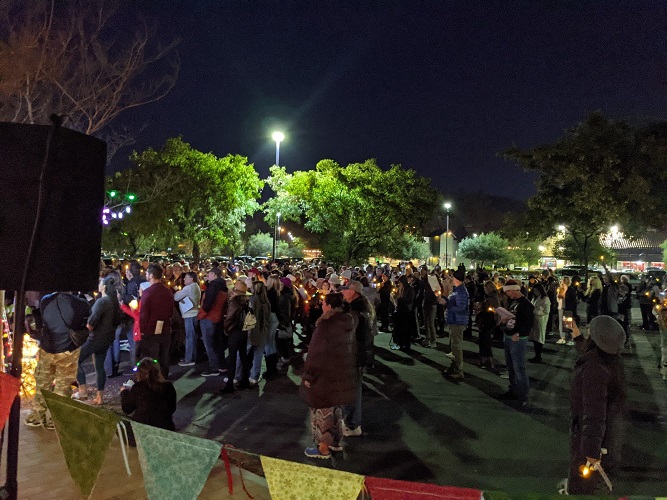 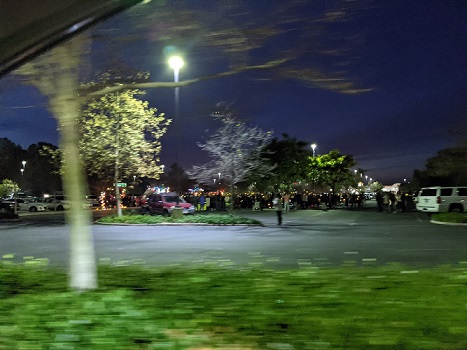 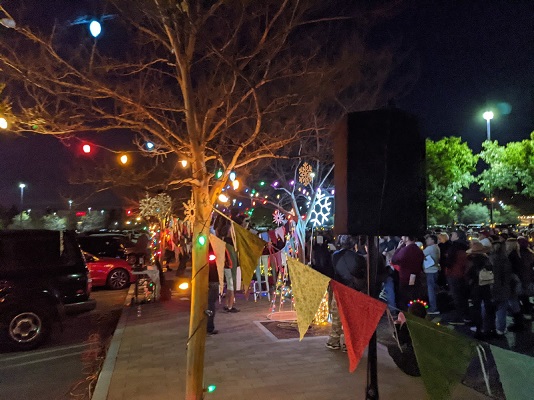 Thomas McFoy is a resident of Camarillo