Climate Alarmists Winning the War of Words, Despite Real World Evidence that Nothing Unusual is Happening

Thanks largely to Democratic presidential contender Bernie Sanders and 16-year-old climate activist Greta Thunberg, “existential’ was selected as the word of the year by Dictionary.com. The on-line dictionary describes the phenomenon as follows:

Searches for existential spiked throughout 2019, especially after politicians used the word to characterize the dangers and disruptions climate change is widely held to pose for human life and the environment as we know them.

At a town hall on February 25, Democratic presidential candidate Bernie Sanders helped send searches for existential up over 179% when he called climate change “an existential crisis that impacts not just you and me and our generation but our kids and our grandchildren.” 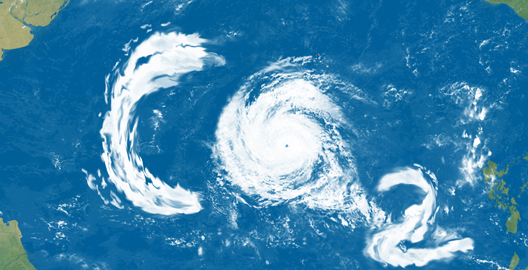 Search volume for existential was higher than average throughout summer and fall 2019. August witnessed fires rage across the Amazon and Hurricane Dorian ravage the Bahamas. Many outlets and organizations discussed these disasters not only in connection to climate but also in existential terms. The non-profit Amazon Watch, for instance, framed the conflagration starkly: “ … it’s not only the Amazon, but our entire planet that is in crisis as the devastation of this life-giving biome poses a real, existential threat for all of humanity.”

September saw the worldwide Climate Strike and major speeches by the Swedish teenage activist Greta Thunberg. On September 18, Thunberg notably urged the US Congress: “I have a dream that the people in power, as well as the media, start treating this crisis like the existential emergency it is.”

Similarly, Oxford Dictionaries picked “climate emergency” as its word of the year. Clearly, alarmists are winning the war of words in the climate debate. Here’s why none of it makes any sense.

Our atmosphere is made up of 78% Nitrogen, 21% Oxygen, 0.9% Argonne, some trace gases and only 0.04% of carbon dioxide (CO2), the gas most often blamed by alarmists for the supposedly ‘existential’ climate change threat. There is no way that this minuscule volume of life-giving gas (the only reason we can inhabit the Earth) is a threat to life as we know it today.

The 40% increase from 280 ppm at the end of World War II to 410 ppm in 2019 is widely recognized to be mainly man-made, derived primarily from fossil fuels, including power plants, factories, and automobiles. But these CO2 levels are neither unusual nor dangerous when viewed in the context of the long-term record of our planet’s climate.

We know from our fossil record that CO2 levels throughout Earth’s history have averaged more than six times our modern concentrations. We also know that nuclear submarines submerged beneath the ocean for weeks at a time, average 5000 ppm CO2, with no health problem ever reported.

Antarctica has had the longest continuous accumulation of ice. It has provided data going back 800,000 years, while data from Greenland in the Northern Hemisphere gives CO2 data going back into the last interglacial period 128,000 years ago. Temperature and CO2 levels have varied during this long period, and importantly, temperature changes preceded changes in CO2. In other words, carbon dioxide has NOT driven temperatures for the last 800,000 years.

During each glacial advance, CO2 levels dropped to dangerously low concentrations, to below 200 ppm. These low levels were dangerous because the minimum threshold for plant life to exist is 150 ppm, and we nearly reached that ‘line of death’ during our most recent ice age. Not only is rising CO2 not a bad thing, it could save civilization for future generations, centuries and thousands of years into the future.

Dr. Patrick Moore, the co-founder of Greenpeace, who now battles the lies that alarmists often tell to enrich themselves, believes the day will come when we will be crushing limestone to add more carbon dioxide to our atmosphere. He seriously describes this future need because the record shows that over the past 150 million years in the fossil record there has been an alarming downward trend toward CO2 starvation.

Slide shown by Patrick Moore in seminar presentations in Montreal and Toronto, October 2019.

The forecasters of climate doom assert that CO2 levels have never been as high as today. Well that is only true for the past 800,000 years. They prefer to view the increase of 120 ppm over the past 150 years through the narrow lens of recent geologic time. To properly analyze the current levels, we need to put the data into the proper context. During our current geologic period, called the Quaternary, there has existed the lowest average CO2 levels in the entire history of the Earth. In the lush vegetative days of the dinosaurs, the CO2 levels stood in excess of 1600 ppm. The average C02 concentration in the preceding 600 million years was more than six-times our modern era level.

The combustion of fossil fuels has allowed humanity to increase concentration of this beneficial molecule and perhaps avert an actual CO2-related climate apocalypse. The climate delusion used by alarmists in their attempts to defeat capitalism and destroy human freedom would set us back centuries to a time when backbreaking work and shortened life expectancy was the norm.

Carbon dioxide emissions are not an existential threat, but the climate alarmists most assuredly are.

Portions of this article were excerpted with permission of the author of the book “Inconvenient Facts” by Gregory Wrightstone, which is recommended for everyone desiring the full story of the climate delusion.

Dr. Jay Lehr is Senior Policy Advisor with of the Ottawa, Canada-based International Climate Science Coalition (ICSC) and former Science Director of The Heartland Institute which is based in Arlington Heights, Illinois. Tom Harris is Executive Director of ICSC and a policy advisor to Heartland.

Yes Reality is mocking the Climate Cult. Keep Calm, emit on, just like every hypocritical anti oil/fossil fuel Leader or Lobbyist or Protestor does every day of the Year.

A while back I did a quick research of global cooling and warming trends. I am not going to bother to dig out the paper I wrote up, if the editors want it, I will dig it out and send it to them. They know how to reach me.

In short, in the modern era, starting with a couple of centuries before AD (I’m old fashioned) there was what was called the Roman Warm Period. It lasted until a couple of centuries after AD which is called the Dark Ages. The earth then entered into a cooling period that coincided with tribes coming down from Germany and points east and north and invading Rome. I jokingly, in my paper refer to them as early Snow Birds, a term applied to winter visitors to states like Florida and Arizona that see a large influx of visitors from the east and north who stay for the winter and depart upon the arrival of spring. Some permanent residents of those states think of the present wintertime visitors as invading Huns or Visigoths.

Following the Dark Ages Cooling period, earth entered into a warm period called the Medieval Warming Period. That lasted for several centuries and then the earth entered into a period called the Little Ice Age that lasted until the mid-19th century. And we entered into the present warming period that I guess is going to be called the Existential Warming Period. I also compiled a list of warming and cooling periods going back quite some time to the start of the retreat of the glaciers which I jokingly attributed to the cooking fires of the early humanoids.

If one reads even a little about the Middle Ages and the Medieval Warming Period, it was a period of great expansion of human endeavor and agriculture. If we want a true comparison of how the earth is doing today as compared to the Medieval Warming Period, we need to study where crops were grown during that period and where crops are grown today. For example, Greenland was settled during that period and hay and cattle were grown there and actually exported to Europe. If you are a cowboy on Greenland today, you are drawing unemployment and Human Resources is urging you to undergo retraining.

The henney pennies running around crying that the sky is falling either need to do a little medieval history study or they are blatantly lying. It is my opinion that the earth hasn’t yet reached the temperatures it reached during that particular period of history. The Romans grew wine grapes in England during the Roman Warm Period. To the best of my knowledge, the Brits are not exporting cabernet just yet, so I would venture a guess that the earth is not quite as warm yet as it was during the Roman Warm Period. Somehow we humans managed to survive those “disasters”.

Re: if the editors want it, I will dig it out and send it to them. They know how to reach me.

Sure, send it to [email protected] if you have something publishable.