A Texas federal judge ruled President Donald Trump’s emergency funding for a southern border wall to be unlawful, the latest roadblock in the administration’s attempt to build hundreds of miles of barrier.

Judge David Briones, who was appointed by President Bill Clinton to serve on the U.S. District Court for the Western District of Texas, ruled Friday that Congress clearly tried to limit how much money Trump could spend on border wall construction, and his emergency declaration that provided billions more in funding was illegal.

The decision marked a win for the Border Network for Human Rights and El Paso County, Texas, which sued to stop wall construction on the basis that Trump overstepped his power when spending more than what Congress specifically appropriated for the project.

The Trump administration, for its part, immediately derided the decision. 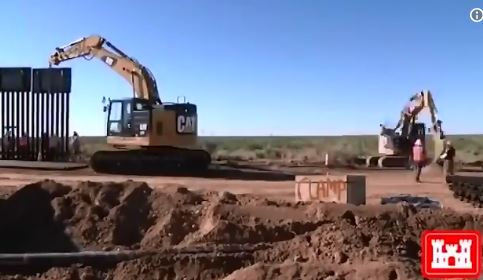 “Judicial overreach run rampant. The Trump Administration will keep fighting to secure the border and solve the humanitarian crisis we face,” read a statement on Friday from the Department of Homeland Security’s press office.

The ruling poses the latest obstacle for Trump and his bid to build hundreds of miles of new border wall ahead of the next presidential election. Acting Commissioner of Customs and Border Protection Mark Morgan announced Tuesday that the administration has already constructed 71 miles of new border wall, and plans to build about 450 more miles by the close of 2020.

Morgan criticized “judicial activism” during his Tuesday speech. The administration has faced countless lawsuits targeting its border wall plans, along with a numerous other immigration policies.

“As this administration, this President, is coming up with these new initiatives and regs and policies, and even though judicial activities is trying to enjoin those and put up obstacles, at the end of the day, Congress’s failure to act is the issue,” the CBP chief said at the time. (RELATED: Trump’s Immigration Agenda Hit With String Of Losses By Obama Judges)

Friday was not a great day for the president’s immigration agenda — other federal judges that day struck down the administration’s plan to deny green cards to immigrants who have used government benefits, their rulings came just days before the new directive was supposed to take place.

Briones on Friday, however, did not issue an immediate injunction. Instead, he gave the Border Network, El Paso County, and the government over a week to come up with what a proposed injunction may look like.

Don’t Own a Car? Great! Sacramento Democrats have BIG Bucks for You