Commentary | Can the Constitution and Freedom be Saved?

The purpose of the United States Constitution was to protect the people from the inevitable tyranny of government. This would be accomplished by vesting ultimate power in the people and having the proper level of government responsible for that aspect of government to which it is best suited.

“The way to have good and safe government, is not to trust it all to one; but to divide it among the many, distributing to every one exactly the functions he is competent to. Let the National government be entrusted with the defence of the nation, and its foreign and federal relations; the State governments with the civil rights, laws, police and administration of what concerns the states generally; the Counties with the local concerns of the counties, and each Ward direct the interests within itself. It is by dividing and subdividing these republics from the great National one down thro’ all its subordinates, until it ends in the administration of every man’s farm and affairs by himself; by placing under every one what his own eye may superintend, that all will be done for the best.”

The founders listed the powers we the people would give to the central or federal government. Article 1, Section 8 of the United States Constitution includes the listed powers that are vested to Congress, which are referred to as the Enumerated Powers. The 10th Amendment, or last amendment in the Bill of Rights states “The powers not delegated to the United States by the Constitution, nor prohibited by it to the states, are reserved to the states respectively, or to the people.”

In today’s America, the federal government has assumed power over virtually every aspect of American life including but not limited to our education or what has become indoctrination including granting of loans to college attendees, our health care, our personal economics, our social interactions, our personal relationships, and yes even proclaiming the virtues of immorality over morality.

The Legislative Branch of government was the only branch that was granted power to pass new laws to which the people would have been assumed to agree to obey. In today’s America, what are view as laws, are proclaimed by the Executive Branch and the Judicial Branch every day. In modern America, when congress does pass a bill, it passes an omnibus bill that states ideas and then directs the bureaucrats, technocrats, and experts of the bureaucracy to produce the regulations that will define the law. Pelosi was correct when she said, “We will have to pass the bill to learn what is in it”, because the details of the bill would be determined by the regulators.

Congress is now in the process of again violating the Constitution by usurping the power specifically granted to the state legislatures to regulate all elections if H.R.1 is passed.  According to the Constitution, this act should require an amendment to the Constitution and not a law to allow the federal government to take control of elections. An amendment would be improbable, so the left will pass the law and it is predictable that the Supreme Court will uphold the law under some contorted reasoning.

What was formally the Democrat Party, but what has become the Communist Party of the United States, continues their movement to outlaw the Bible and destroy the Constitution in their openly stated quest to transform the United States to a Marxist totalitarian state. The Biden regime is a continuation of the Obama regime, which was the installation of the ‘dictatorship of the proletariat” as the ruler of America.

As a Freedom Loving American, I must ask myself, is the transformation inevitable, or is there anything I can do. Never forget that the greatest of fires began with a spark. That is what we must be a spark. Everyday we must be about “Setting Brushfires of Freedom”. We never know if we are setting a spark or fanning the flame, but we do know that avoidance will certainly extinguish the flame. So long as the desire to be free burns within us, there is always hope. We learned that in the late 1980’s and early 1990’s in Eastern Europe and I believe that the flame of freedom still burns in the United States of America. 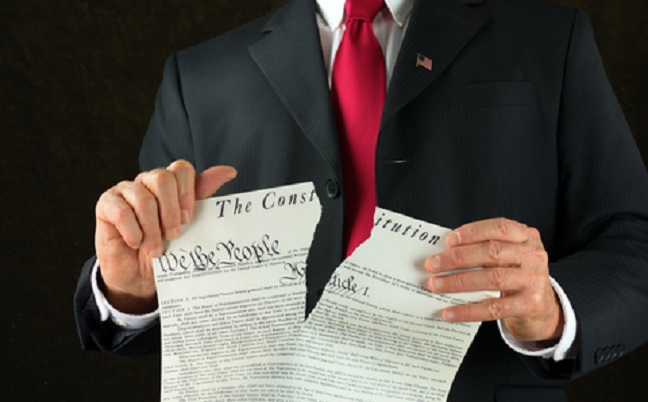