The purpose of writing this article is to help us all understand these three strategies that have been employed by collectivists over the centuries to sway public opinion to favor their ideology. The collectivist ideology adheres to central control over the citizens of a nation, and ultimately the world, that enforces rules and regulations that demand conformity to what they deem to be in the best interest of the collective. Indoctrination, propaganda, and intimidation have been used as a means of “convincing” the people that collectivism is in their best interest.

If you are an adherent to the collectivist ideology, you will deem these strategies as a proper means to convince, because they achieve the ends of total control of the people for the good of the collective. Marxists, communists, socialists, progressives, and the Democrat party of today are strong proponents of these strategies.

If you are an opponent of the collectivist ideology, and believe in the role of government as being the protector of all individual liberties and rights, and not the grantor of and controller of individual liberties and rights, you will disagree with using these tactics for any purpose, including the means to achieve the ultimate ends of collectivism.

Indoctrination could be described as the process of imparting, not teaching. It presents doctrine in an authoritative manner in which the student being taught is impressed upon to never question or explore its fallibility, integrity, or truth. Indoctrination is being given the solution and then only researching information that supports the given solution. This is in contrast to education that gives a scenario and then directs the student to research and arrive at a solution based on their research in their search for truth.

Propaganda is a mode of communication used to manipulate or influence the opinion of groups to support a particular cause or belief. Over the centuries, propaganda has taken the form of artwork, films, speeches, and music, though it is not limited to these forms of communication.  It often involves a heavy emphasis on the benefits and virtues of one idea or group, while simultaneously distorting the truth or suppressing the counterargument. Propagandists understand that a big enough lie told often enough becomes a perceived truth. They also understand that it is critical you always blame others for any and all problems and take credit for any and all that is thought to be good.

Intimidation has been defined as the act of inducing fear or the act or process of attempting to force or deter an action by inducing fear. A type of intimidation that has been used by aspiring tyrants has been to enter a community, chose random people and kill them in front of the other people in the community, and then announce that this is the action taken against any and all who refuse to obey any and all orders. Intimidation could also be done by taking no action against people who are rioting and looting in the name of your agenda, and then to punish those who would demonstrate in any manner to oppose your position.

Please educate yourself and help to educate others as to what these tactics are, and who uses them. You can also use this as a means of “Setting Brushfires of Freedom” by discussing with others if these tactics are being used in the United States today. If so by whom, and for what purpose. Never allow this to become an argument or a debate, but only a discussion to learn and understand. Always remember, when “Setting Brushfires of Freedom” we cannot change the minds of others, we can only lead them to a place where they must make an informed and conscious decision such as, do I support the use of indoctrination, propaganda, and intimidation; or do I support education with an uncensored and totally open search for truth. 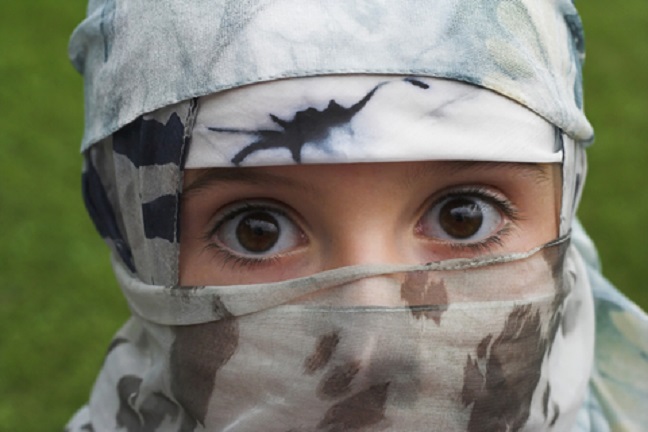 Big lies are just corrupted words in the form of agitprop/propaganda.

Read Abuse of Language — Abuse of Power by Josef Pieper.

How current events are explained to us by the ‘media’ and politicians is the mass abuse of language to pit big-government residents against traditionalist neighbors. It is NOT a free exchange of ideas.