Oxnard was very fortunate to have Mr Riper as our City Chief Financial Officer; I can speak as an elected Oxnard City Council member before and after his  selection by current management to serve our community. 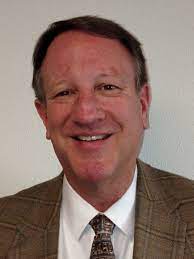 He never dodged a question in public or private , he answered in a plain understandable manner (in my opinion a rarity previously under past CFOs and management) . If a question arose and no matter the depth or detail he had the answer which if not on his finger tips he would deliver within hours .
It is often said no one is irreplaceable. Mr Kevin Riper will be leaving some huge shoes to fill. I wish more of the public and City employees knew of what he has accomplished to bring our City out of the depths she had sunk to under years of neglect all while withstanding low blows from some few in the private and public sector.
I wish you all  could have seen his work , skill , talent, effort and care in serving the residents of Oxnard .
My best wishes for Mr Riper in the future with health , happiness and good fortune . Our loss is Long Beaches gain ; yet the sound footing Kevin and those of his staff has placed our ship of state on , after the re-float job accomplished for our ship of state ,  can never be overstated.
Bert E Perello
Oxnard City Councilmember
District #1

Why do they let the good ones get away?