Let me begin with an observation, repeatedly made throughout over sixty years: the most inveterate, fervent racists are power hungry White Supremacist Communists. They, more than other branches of society disdain other races and attribute inferiority to others.

The most famous racist of that ilk was Josef Vissarionovich Stalin. He, unlike the racist Hitler, masked his racism. For to gain power and acceptance for the Communist ideology, it was important to use every race and ethnicity. In private circles he was heard to malign and denigrate Jews, Muslims, Russian ethnic minorities and, among others, American and African blacks. His utter contempt though, did not prevent him from skillfully using all races to make Communism great. He used racial minorities, as he used everyone, until they were expendable and could be eliminated. The most famous example of this mendacious deception was the well-known American singer Paul Robeson. Although esteemed in America and France, he felt unappreciated and segregated against, and converted to Communism. By Stalin’s invitation he went to the then Soviet Union where, at first, celebrated and feted, he was later used shamelessly to document “Soviet Communisms” racial impartiality. They trotted him out all over Communist Europe, where he had to perform his signature song “Old Man River.” I heard him perform at a Christmas Market in East Berlin. Although I was only a child, and I knew he was a Communist who had chosen to go to Moscow, I understood the indignity of the situation and felt sorry for him. It is, however, to be noted that he did not stay in the “Worker’s Paradise,” but returned to England and the USA to live. He and other people of color proclaimed that the Soviets were colorblind and all races should join Communist societies. However, often Africans and Arabs at Moscow University noticed the ill-concealed disdain of the Russians for other races, and their rancor and resentfulness could be heard all the way in East Germany via East German students at our universities.

Well, that was then. Over the last sixty years, Marxist theory of class conflict, produced by the imbalance of power and the means of production, a conflict that needed to be changed through revolution, has been exposed as a canard in every country it has been tried. Revolutions produced only elevated living conditions for the Communist elites and did nothing to elevate the populations. Therefore, a new strategy of division for the American populace had to be revised by the Communist elites in order to gain power.

Christopher F. Rufo, a founder and director of Battlefront, a public policy research center, graduate of Georgetown University, and former Lincoln Fellow at the Claremont Institute for the Study of Statesmanship and Political Philosophy, explained the concept of Critical Race Theory in the clearest terms at a lecture at Hillsdale College on March 30, 2021. This is the new Communist strategy to foment division among America’s citizens. Rufo explains that America had never developed a class consciousness or class division. Here, the belief existed that everyone could reach their dreams through education and, or, hard work. So, for America a new theory of division for the masses had to be developed.

Christopher Rufo documents that the social and racial unrests of the 1960’s gave impetus to to Marxist theorists to abandon Marx’s economic dialectic of capitalists and workers. Instead they could use race and social malcontent as a class divider. Rufo states that the early attempts by the old Marxists to use the black community were thwarted by the Civil Rights Movement that sought freedom and equality under the law.

Here is Rufo’s explanation of the theory. Critical race theory is an academic discipline, formulated in 1990’s, built on the intellectual frame work of identity based Marxism. Relegated for many years to to universities and obscure academic journals, over the past decade it has increasingly become the default ideology in our public institutions. It has been injected into government agencies, public school systems, teacher training programs and corporate human resources departments, diversity training programs and school curricula.

He names the new euphemisms that now describe, or opaquely hide, the meaning of the new theory. They are: “equity, social justice, diversity and inclusion, culturally responsive teaching.” The term neo Marxism would be hard to sell to the public, but equity is easily confused by the hapless public with equality. Equality to the Marxist represents “mere nondiscrimination.” Well, isn’t that enshrined in the constitution? Equality also provides “camouflage,” for white supremacy, patriarchy and oppression.

Here are a few examples of what the theorists want to accomplish. UCLA Law Professor and critical race theorist, Cheryl Harris, wants to extinguish private property rights, seizing land and wealth, re-distributing all along racial lines. (Well, that will surely cause civil war.) Another bright, scintillating professor Ibram X. Kendi would like a department established, unaccountable to anyone, that can abolish any law, curtail speech of anyone deemed insufficiently anti-racist and, in the end, kill capitalism.

As one can clearly see, establishing critical race theory means that in the end, the principles of the Declaration of Independence, and the remaining vestiges of the Constitution are extinguished.

Here are a few examples given by Christopher F. Rufo how this neo- Marxist theory is already implemented in our country. Perhaps you will be next to stand in front of your colleagues and renounce your white male supremacy and write a letter to a fictitious black woman begging forgiveness for being born male and white.

(This, in schools that are not capable of teaching reading and writing. I am so glad that I am not a parent in these demented times.)

Hallelujah, people fall to your knees and repent. The Chinese re-education camps have arrived! My psychology degree permits me to ascertain that we have reached a general state of mental illness that will be almost impossible to combat. From here, to Pol Pot’s Killing Fields—it is not far.

Cristopher F. Rufo has many pages more of material you could peruse. As he says “I am just one investigating journalist, but I have developed a database of more than 1,000 of these stories. When I say that critical race theory is becoming the operating ideology in our public institutions, it is not an exaggeration—from the universities to bureaucracies to k-12 school systems, critical race theory has permeated the collective intelligence and decision-making process of American government, with no sign of slowing down.” 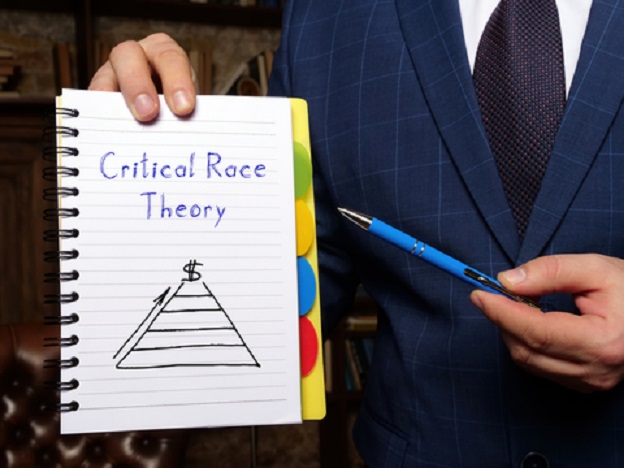 I WANT SOMEONE TO FIGHT FOR OUR FAMILIES!
I am furious that our grandchildren are coming home crying and saying “I am bad because I am white.  THAT IS CHILD ABUSE!

A professor of psychology at San Francisco State University and a board member of the Association for Ethnic Studies, said, “Ethnic studies are all about smashing this white man-made idol, and that process can be painful. Are you asking me is there a way of doing this without making the powerful person uncomfortable? I don’t know if that can be done. We actually prepare our teachers to know that on the first day of class, or in the first week you may have (white) students that are sobbing This is the first time they’ve had to be this uncomfortable.” THAT IS CHILD ABUSE!

I am furious our grandchildren are learning to protest. In California our children are being taught chants to murderous Aztec Gods, to prepare them to take to the streets to protest that their country is racist and has a horrible history.  THAT IS CHILD ABUSE!

I am furious that Critical Race Theory is being taught in our schools, our military, and our government offices. That Is racist against white people and that is WHITE ABUSE and CHILD ABUSE!