Commentary | Why Is The People’s Capitol Still Fenced In Like A Communist Gulag?

On February 8, 2021 the Epoch Times reported that evidence is mounting that the “Capitol Breach” was pre-planned and not by Trump supporters. The evidence was produced by the FBI and cleared any and all wrong-doing by President Trump in the matter.

Nancy Pelosi, however, saw an immediate need to fence the Capitol, in record time, with more than three miles state-of-the-art fencing. It is of such height, solidity, and topped by terrorizing high-tech razor-wire that, at the border, it would surely stem the flood of illegal immigration. Yet the Speaker of the House saw fit to hide herself and the rest of the Washington swamp from ordinary citizenry. Why? You might ask.

Well, it all became finally clear. It was to prevent the people from demonstrating at the Capitol for at least the first three months of Biden’s presidency. During these months, the plans to enshrine socialism and a one-party system, designed during the four years of Trump’s presidency, are to be enacted. They are so horrific a power-grab that the Democrat elite feared reprisals, hence the fence.

And here they came:  edicts, every one enacted without debate or input from Republicans, who represent the 75 million that did not vote for Biden.

The most egregious of the bills is H. R. 1. They call it the For the People Act. It will be, if enacted, the end of a two party system and the end of the Republic.

Only a few months ago I wrote an opinion piece in the Citizens Journal entitled Congratulations, America had its First Socialist Election. I opined therein, that a socialist election is one that only the Socialist/Communist Party can win because it is rigged. I predicted a Democratic/Socialist landslide win when I saw Democrat governors were rigging the voting system. In this article I also predicted that the Pelosi, Schumer, Biden crowd would use the win of the presidency to install legislation and safeguards to the voting system, preventing any other party than the Democrat party to win.

To clear up any doubt about my message, here are the facts. Everything that has kept California totally Democrat will be enshrined in this bill for the entire country:

This bill already passed in Congress. It will go before the Senate very soon!

The Democrat’s Frontal Assault On Free and Fair Elections.  In a highly unprecedented move, H.R. 1, Congress’s highest priority bill, went directly from printing to the floor of Congress for a vote with no other committee review except the Rules Committee. It was not sent to any other committees, leaving no chance for any review or amendments. Nancy Pelosi and Chuck Schumer simply do not care about any bi-partisan input or even any input from their own party members on this. Pelosi knows she is likely to be out of power in 2022, and so are the Democrats unless they can lock in permanent power by implementing biased and unfair election rules before then. This would ensure a one-party rule, making elections irrelevant in the future because the Democrats would have overwhelming majorities.

This bill takes all the worst features of California elections and nationalizes them.

This is the summarized version of a bill so large that most of the House representatives will not take the time to read through it. One can assume the Senators will not either. Reading the gist of this bill makes me suddenly feel young again—living in Communism again, where, as the comedians said in private after an election, “Our beloved communist party has won once again with a 125% majority. 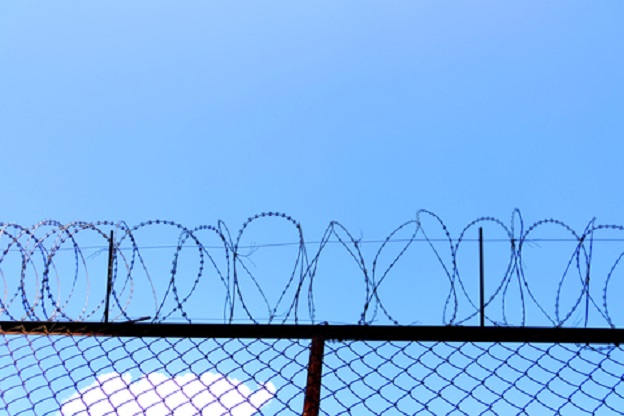 ‘Why Is The People’s Capitol Still Fenced In Like A Communist Gulag?’

Because it is not the ‘People’s Capitol’ anymore.

Excellent article as usual, Sigrid. It is too late now, as we now see the unbelievable results of this past, fraudulent election. But this illustrates exactly what occurs when weak, state courts and worse, the cowardly U.S. Supreme Court, fail to uphold the U.S. Constitution. Either one of these courts could have stepped in and put an immediate halt to this, simply by applying existing constitutional law. Shame on them and pity on us. So, here we are, and as you point out, if H.R.1 is passed fair elections will be a thing of the past. Hello Venezuela !

Predicting the future I will first say this is a globalist dream come true. Secondly, this sets up the United States to a future of conflicts with China. Which the US could loose. Maybe. But if we do loose, liberals and globalists will place the blame on Trump and his supporters. Guaranteed. The left never takes credit for its huge failures. Never.
So I say “Never Trust Liberals” Ever.

Great Article! Yes, not to mentioned the corrupt supreme court ( except for 3 of them, i believe)
And traitorous VP who helped escalate our demise. The fraud was there and now we all pay the price while our country is being invaded and destroyed.