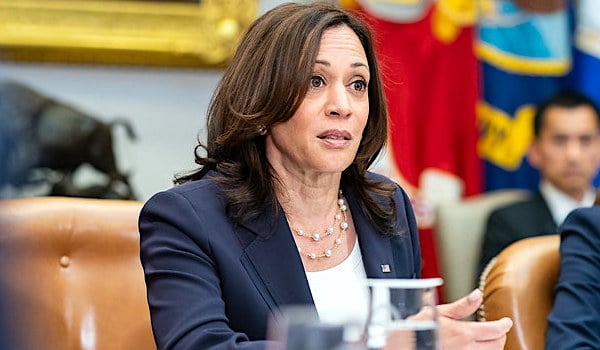 House Speaker Nancy Pelosi’s partisan committee appointed to “investigate” the Jan. 6 events in Washington in which thousands gathered for a rally with President Trump already has announced plans to target Republicans with its reports.

That was the day hundreds from the rally went to the U.S. Capitol and there, handsful became violent, breaking windows and doors and vandalizing.

Democrats on Pelosi’s panel already have announced that they want tech companies to preserve all the records of GOP members who were at the rally, or talked with the president, or had any link to what went on that day.

Now, Republicans have responded, also contacting many of the same tech companies and insisting the records of prominent Democrats be preserved for possible future investigations.

Pelosi’s panel has openly claimed the events in January amounted to an “insurrection,” an attempt to overthrow the U.S. government, even though among the hundreds arrested for offenses such as trespassing, no one has been accused of insurrection.

But committee chief Rep. Bennie Thompson, a Democrat from Mississippi, confirmed there is an “exhaustive” list assembled by his party that will generate a “subpoena storm,” according to reports.

Constitutional expert Jonathan Turley of George Washington University earlier warned that such an act was not productive.

“The Democrats’ move to investigate members of the opposing party is a dangerous precedent in an institution that has always protected the privacy and confidentiality of phone and office records,” Turley explained.

He noted Congress has authority to “acquire records,” but there needs to be a legislative purpose, and it appears now that “Democratic leaders, it seems, clearly do not like the fact that the FBI did not establish a conspiracy to overthrow the country or identify co-conspirators among their Republican colleagues.”

Such “fishing expeditions” are dangerous because it means the majority is using the legal processes “to try to embarrass or label members of the minority.”

“It would seem the point here is to establish that key figures of the opposing party are un-American or ‘insurrectionists,'” Turley wrote, “Indeed, Rep. David Cicilline (D-R.I.) even sought to censure members who refused to call the riot an ‘insurrection.'”

The Washington Examiner explained this week that House Republicans now have asked telecom and tech companies to preserve “phone records and data of top Democrats.”

The Examiner explained, “A number of right-wing legislators who are top supporters of former President Donald Trump, including Republican Reps. Andy Biggs of Arizona, Matt Gaetz of Florida, and Marjorie Taylor Greene of Georgia, requested telecom companies such as AT&T and Big Tech companies such as Facebook, Twitter, and Apple preserve private and confidential data on prominent Democrats, including Speaker Nancy Pelosi, Vice President Kamala Harris, and members of ‘the Squad.'”

Biggs said, “We are calling on companies to preserve the phone and communications records of Democrat representatives for future investigative use. It’s time the Far Left lives under the same rules and standards they impose.”

The GOP members say the leftists in the Democrat Party should be examined they same way they want to examine others, because they “have played a role in encouraging violence or have supported illegal activities in the past.”

The disturbances at the Capitol were the result of suspect 2020 presidential election results, even though fact-checkers have claimed there wasn’t any suspicious that went on.

While lawsuits over those counts were not successful, they remain under investigation in several states where audits are under way or are being considered.

What is without dispute is that sometimes local or state elections officials arbitrarily changed state law to accommodate the voting procedures demanded by Democrats, even though the Constitution allows only state lawmakers to do that.

Further, there’s little doubt there was outside influence on the results since leftist Mark Zuckerberg of Facebook megawealth handed over $350 million to mostly leftist local election officials for them to “run” their operations.

The Department of Justice reportedly has not found evidence of any “planned insurrection” that day, and almost all of the 570 people charged face only minor counts of trespassing and the like.