By George Miller (article and photos)

Hundreds participated in a Thousand Oaks Wednesday, January 6 rally/protest, while angry crowds in DC ran barricades and some even breached Capitol buildings. It was a rally for President Donald Trump and a protest against alleged massive election fraud which so far has foiled his re-election. They were spread out in areas on the boulevard adjacent to the Thousand Oaks Civic Arts Plaza.  Participants were there to show the flag for President Trump- literally in many cases, with Trump Flags, American flags and other creative signs and banners. “Stop the Steal” (the alleged theft of the presidential election via voting fraud) is the name this movement has taken on. This was in support of sympathetic Congress members, a huge number of Stop the Steal protesters in DC and 74 million Trump voters.

Those of you who been asleep since early November or only rely upon establishment news media may have missed the numerous hearings, testimony, affidavits and evidence of widespread election fraud. In fact, news media and many politicians have actually denied it, claiming that the claims are baseless.

Dozens of court cases alleging fraud have been dismissed, almost all of them without even hearing the evidence or permitting discovery.

So today’s event was focused on bringing together people for mutual support in addressing how to bring it to a wider audience. Most were die hard Trumpers, but some were less certain of what is going on with the allegations and evidence of election fraud.  There were about 300 there at the peak, based on a walkthrough and headcount. Event organizers estimated 250, plus more who came in or our during the 2 1/2 hour event. It was a wide range of diversity by sex, ethnicity and probable economic status.

Considering that there were much larger and highly publicized events in LA, OC,. Sacramento and of course DC and many other locations and that the establishment media have convinced most people that it’s over, that seemed like a good turnout.

The event was organized by the groups “Move The Needle” and Simi Patriots. Both have been doing various events for a while with a decidedly Conservative flavor.

Interview with an event participant: 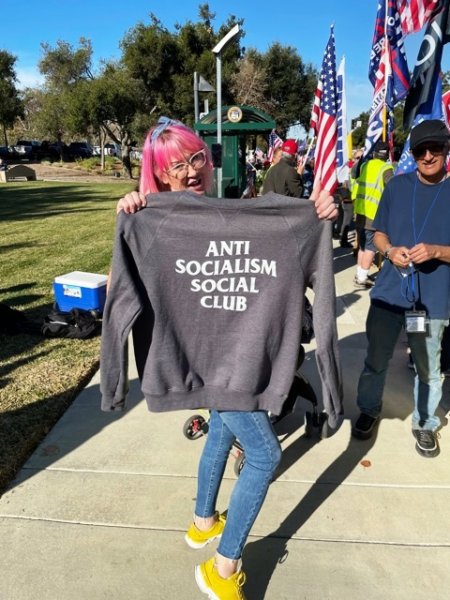 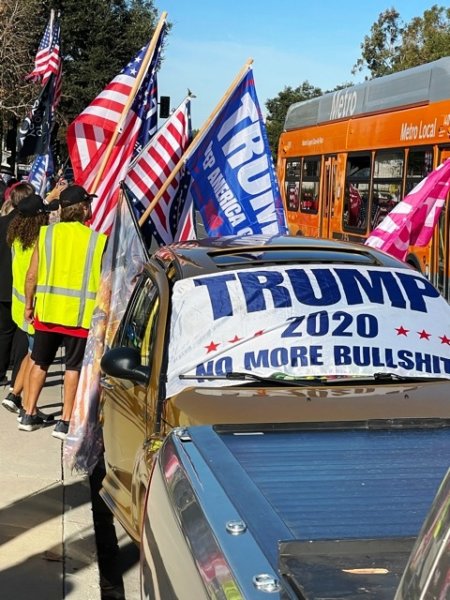 Meanwhile, Back in DC ….

While this fairly low key event was going on, Trump supporters all over the DC Capitol area finally had enough of what they believe to be official lies and obfuscation about the election and some stormed the Capitol, shutting down Congress.They had hopes that Congress members and U.S. Vice-President/Senate President Mike Pence would hear the objections of Congress members and do something to address allegedly fraudulent elector assignment. Congress was supposed to go back in session this evening to continue. READ STORY:

A Turbulent Day in DC Due To Alleged Election Fraud

By George Miller- Some election protesters “stormed” Capitol Hill today, which led authorities to shut down Congress and bring leadership to more secure places. We heard that it is to reconvene tonight. A protester, presumably unarmed, was killed by law enforcement. Today, Congress started its review of electoral votes. This year, there is an unprecedented […]

It appears that Congress certified the election early Thursday morning.

# welcome to Thousand Oaks# Anti-Biden 2A Sanctuary City# We are Now a Constitutional Autonomous Zone.

There was fraud in the Georgia runoff elections also:

Democrats fraud and corruption go together like bacon, eggs and hashbrowns.