Congressional Democrats to Biden: Pour Some SALT on That Infrastructure

As the debate over President Joe Biden’s infrastructure proposals heats up, Roll Call reports that “[a] new caucus pressing for repeal of the $10,000 limitation on state and local tax deductions boasts the support of more than one-third of Democrats on the House Ways and Means Committee.”

The SALT cap, implemented when Donald Trump was president and the GOP still held congressional majorities, is a “man bites dog” issue that places Democrats and Republicans opposite their usual supposed sides.

Simply put, the SALT deduction allows you to deduct state and local taxes from your “gross adjusted” income for federal tax purposes. The SALT cap limits those deductions to $10,000 per year. 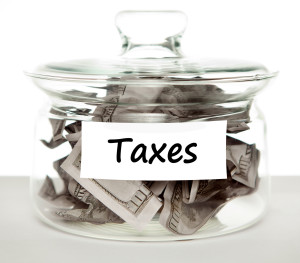 Republicans usually posture as advocates of low taxes, especially on the upper end of the income scale, reasoning from the Reagan-era “supply side” (or what Democrats sardonically call “trickle-down”) premise that doing so encourages investment and creates “a rising tide that lifts all boats.”

Democrats usually advocate making wealthier Americans pick up “their fair share” of government’s tab, a “fair share”  they tend to define as bigger, both in raw numbers and as income percentages, for the wealthier  (Republicans sardonically call it “soaking the rich”).

When it comes to the SALT cap, though, the parties  (mostly — New York congresswoman Alexandria Ocasio-Cortez is a notable exception to the rule) switch sides, and some are willing to hold the infrastructure deal hostage over it.

Why? Because an unlimited SALT deduction means that state governments get a sort of free ride on their own tax rates. A wealthy New Yorker or Californian who pays, say, $50,000 in state taxes can knock that $50,000 off of her federal taxable income.

The $10,000 SALT cap might encourage that wealthy New Yorker or Californian to consider moving out of New York or California, to a state with lower taxes (Florida or Texas, for example) and taking her prospective state tax payments with her.

It’s no accident that the two high-tax states I mention are “blue” Democratic states and the two low-tax states  are “red” Republican states. The two parties’ tax philosophies are, generally speaking, mirrored at the state level.

The ability to move between states is way of “pricing” tax policy. Too high, people move out. Low enough, people move in. The SALT cap encourages people and their wealth to move from “blue” states to “red” states.

It’s shouldn’t surprise anyone that in this case, the Republican line becomes “make them pay their fair share!” while the Democratic line becomes “not like THAT!”

I don’t like taxes. You probably don’t either.  But if we’re going to have them, federal tax policy shouldn’t be manipulated to artificially benefit tax-happy state governments. The SALT deduction shouldn’t be capped. It should be eliminated.