Republican Congressman Jim Banks of Indiana sent a letter to Reddit’s CEO and co-founder Steve Huffman on Monday, requesting that restrictions be removed from a massively popular pro-Trump forum.

Reddit is a social news site with 330 million users that functions by allowing these users to create forums called “subreddits,”centered around specific interests. In June, Reddit placed the one of the site’s biggest conservative subreddits, r/The_Donald, in “quarantine,” limiting its ability to gain traction on the site. Quarantines are placed on subreddits with “highly offensive or upsetting content,” according to the Reddit’s rules.

Rep. Banks wrote a letter to the site’s CEO calling the quarantine “ideologically motivated election interference,” and demanded that it be lifted.

Banks’s letter highlights how Huffman previously admitted he’s “confident that Reddit could sway elections.” Banks declared that he “can’t think of a more obvious and effective way to ‘sway elections’ than to hide the largest conservative forum on your site a year ahead of the 2020 elections.”

“The effect of your continued quarantine of r/The_Donald extends beyond unfairness to conservative Reddit users,” the letter reads. “Activity on political subreddits has real world political consequences…. By quarantining r/The_Donald you have clogged a wellspring of conservative media content and damaged an avenue the President may well have used to communicate with his supporters ahead of the 2020 election.” 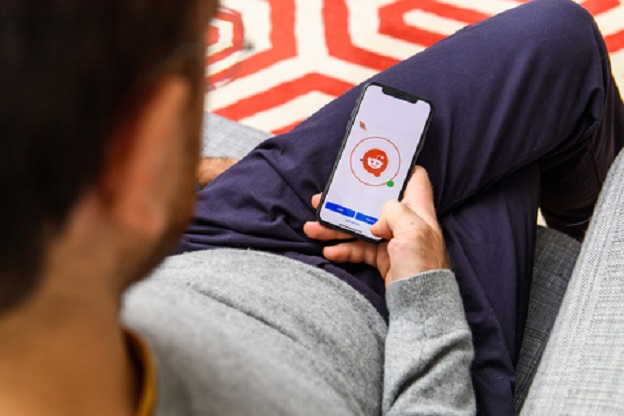 Banks’s three page letter to Huffman also notes that “the same content-policy violations that led to r/The_Donald’s quarantine take place regularly and egregiously in numerous left-wing subreddits. These subreddits have faced no repercussions.”

“R/Politics had the following to say about Republican legislators, ‘Shoot these f*ckers. In the knees,’” according to Bank’s letter. “Not one of the comments that led to r/The_Donald’s ban reached such a staggering level of vitriol,” he writes. (RELATED: Facebook Prohibits Death Threats For Everyone Except ‘Individuals’ Media Deems Dangerous)

The Congressman also points out how “last Friday, the second highest rated comment on the most popular post on anti-police subreddit, r/Bad_Cop_No_Donut, read, “F*ck the police, ACAB [all cops are bastards] 1312 [numerical code for all cops are bastards], Build your guillotines.”

“I’m not going to beleaguer my point and list the thousands of unaddressed, rule-breaking comments from left-wing subreddits,” Banks writes, “but they are easy to find.”

“R/the_Donald has its share of bad apples, but the larger r/The_Donald community appears ill-disposed towards violent and hateful speech,” Banks writes to the Reddit CEO. “This is made clear by the low vote scores of the comments that led to its quarantine. The same cannot be said for certain subreddits that your administrative team has allowed to flourish.”

Banks letter concludes by laying out no uncertain terms for Huffman: “If you deny the request [to unquarantine r/The_Donald] and fail to provide a transparent and thorough explanation as to why, my colleagues and I will have to assume that you’re biased against conservative content published on Reddit.”

It appears that Reddit responded to Banks’s letter by informing the moderators of r/The_Donald that their subreddit is to remain quarantined, according to a post by a forum moderator.