(ThyBlackMan.com) What is it about conservatives that make them think that cavorting with the enemy will ever pay off?  If conservatives spent half as much time with real Black conservatives as they do with radical Black liberals, you would have much greater participation of Blacks in the movement.

I don’t know what it is about radical liberal Kool-Aid that seems to excite conservatives to the point of delusion.

Radio talk show icon, Rush Limbaugh is the latest conservative to drink from the radical liberal Kool-Aid, and like everyone else before him, was surprised when he was spurned.

According to Limbaugh, last week he initiated contact with the hosts of the nationally syndicated Breakfast Club radio show.  The hosts of the show are Charlamagne, DJ Envy, and Angela Yee, all radical liberal Democrats.  The show targets the Hip-Hop community and is very popular on the radical liberal left.

To hear the interview, click on this link.  And right on cue, one of the hosts of the Breakfast Club, Charlamagne, stated a few days after the show aired that he thought the interview with Limbaugh was “a waste of time.”

What the hell was Rush thinking?  Did he really think these radical liberals were going to appreciate his gesture of bipartisanship?

Rush has obsessively, and rightfully so, criticized Republicans for always trying to reach out to radical liberal congressional Democrats on legislation only to have it blow up in their faces; how ironic that he turns around and does the same thing,

But Limbaugh isn’t the first conservative to travel down the road of foolishness.

Former Speaker of the House, Newt Gingrich tried it in 2009.  Gingrich joined together with former President Obama, his then Secretary of Education, Arne Duncan and Al Sharpton.  Sharpton, Duncan, and Gingrich did a national tour to talk about the need for educational reform.  It was all love and kumbaya or so Gingrich thought.

So, when Gingrich decided to run for president in 2012, Sharpton used his daily TV show to eviscerate Gingrich and call him a racist as often as possible.  So much for bipartisanship!

These events happen all the time by Republicans and conservatives.  As I often say, the best way to get attention as a Black Republican is to be a Black Democrat. 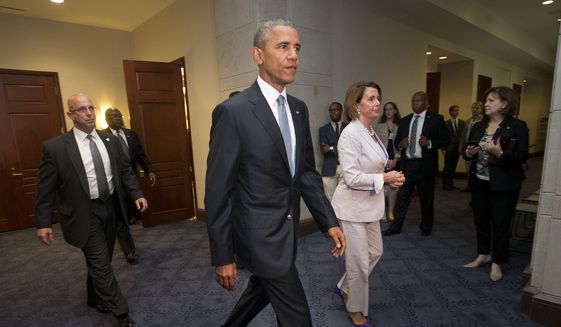 Name me one time that Speaker of the House, Nancy Pelosi ever said she wanted to meet with a group of Black conservatives.  Name me one-time Congressman Maxine Waters ever invited a Black conservative to testify before her House Financial Services Committee as her guest.

Radical liberal Democrats brains won’t even allow thoughts like that to enter their minds.  It is a metaphysical impossibility!

We have four and a half months before the elections; so, it’s high time that we conservatives learn how to play hardball with the radical liberal Democrats.  That is if we want to win the upcoming elections.

Conservatives are terrified of playing hardball with radical Black liberals for fear of being called a racist.  The blame for the lack of substantive Black engagement within the conservative movement is totally and singularly the fault of conservative leadership or lack thereof.

To make matters worse, the few Blacks conservatives they do engage with, in most cases, have absolutely no relationship to the Black community.

They tend to look for buffoonish Blacks whose job is to entertain them or to say incendiary things that no white person would be allowed to get away with.  These would include people like Candace Owens, Diamond & Silk, and Brandon Tate.

Conservatives typically don’t want Blacks who will tell them what they need to hear; they prefer Blacks who are docile and will never challenge them on some of their notions regarding the Black community.

These Blacks are more concerned with massa patting them on the head and saying good boy than they are with actually coming up with conservative policies that will solve some of the problems within the Black community.

We need only be invited to become part of the team.