Ventura, CA – By a unanimous vote on October 20, the Board of Supervisors accepted the recommendation of County Executive Officer Mike Powers to appoint Claudia Bautista as the County’s new Chief Public Defender. Bautista will take over the position after the retirement of Public Defender Todd Howeth.

“The Public Defender’s Office serves a vital mission by acting as advocates for people in need. Claudia Bautista is dedicated to public service ensuring diverse populations in our County receive top quality legal representation,” said County Executive Officer Mike Powers. “Claudia is deeply committed to her work serving the community and very passionate about serving the most vulnerable. She is an exceptional leader and an outstanding trial-attorney. She brings a diverse background and excellent credentials.”

“I am excited to be appointed Ventura County’s First Latina Public Defender. An American Dream comes true. Proudly I will be leading an office of dedicated public servants who work very hard to ensure equal justice for our clients and continuously give their best to treat our clients with dignity,” said Bautista.

The Mexico born and Southern California native received her Bachelor of Arts from UCLA and her Juris Doctorate from University of Wisconsin Law. She is the recipient of the Richard Erwin Trial Attorney of the Year.

“This is fantastic news for the residents of our county as this appointment represents the County’s first female Public Defender, first person of color to hold the position, first native Spanish speaker and first Public Defender born in another country.  Claudia’s appointment reflects another step towards equality for many under and unrepresented voices within our community.” said Public Defender Todd Howeth. 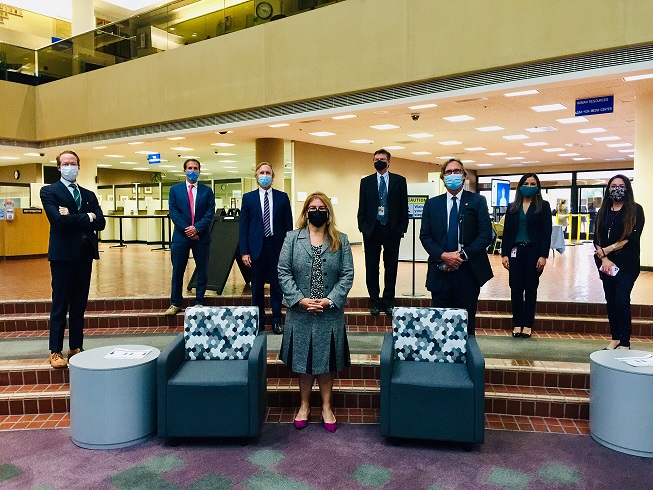