On Oct 26, a panel of experts recommended 17 to 0 that FDA authorize the Pfizer vaccine at one-third dose, for 5-to-12 year-olds. Will you be rushing your child to the nearest vaccine center? Or worrying about mandates?

The issue is certainly controversial; more than 140,000 comments were received.

Vaccine proponents say that “rare” or “mild” adverse effects are a “small price to pay.” But parents may want to examine these graphs and decide for themselves: 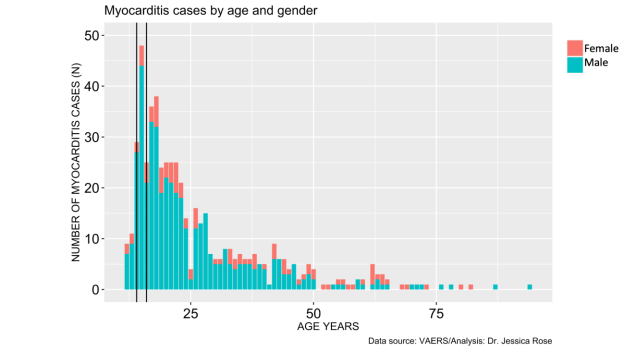 Inflammation of the heart (myocarditis) is much more common in younger age groups. And the number of cases has increased sharply, as has the number of excess deaths (deaths above the expected or baseline number). Note that children have been receiving the jabs even before they have been authorized (ask people who work in pharmacies). What will happen when children are injected in greatly increased numbers?

The aggressive vaccination campaign has NOT reduced the death rate. 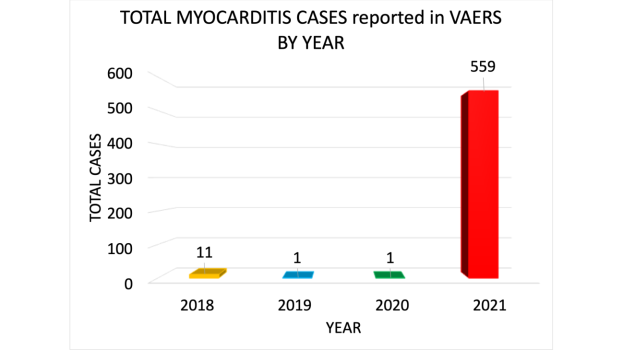 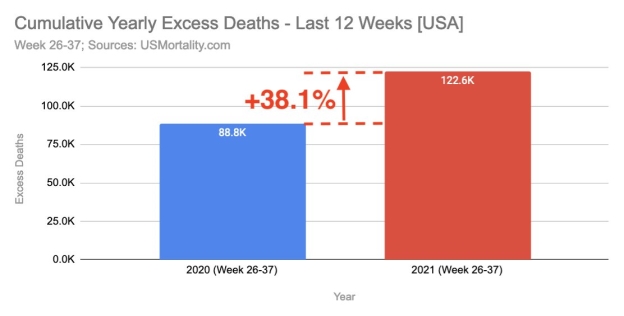 Myocarditis is much more common after the second dose. Hence, parents might want to have their child checked for asymptomatic heart damage a few days after the first dose (e.g., by blood troponin levels, electrocardiogram, and echocardiogram). 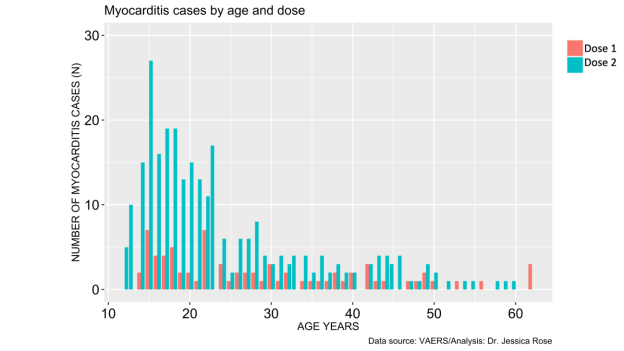 “Myocarditis in children is neither rare nor mild,” said cardiologist Peter McCullough, M.D., at an Oct 27 meeting in Phoenix, Arizona, with an extended Q&A period.