He fought the government, his neighbors, everybody. The “he” in question was Dayton O. Hyde, a true American cowboy with a passion to help horses in an inhumane situation. Also an author and nature conservationist, Hyde founded Black Hills Wild Horse Sanctuary in South Dakota, and the 500 wild horse residents it boasts today owe their existence to him.

Black Hills is the land that time forgot. Bordered by the Cheyenne River and still one of the most wild, untouched plains in the United States, Black Hills is home to 11,000 acres of land and 500 freely roaming wild mustangs. But Hyde had to fight for it, and he fought hard. 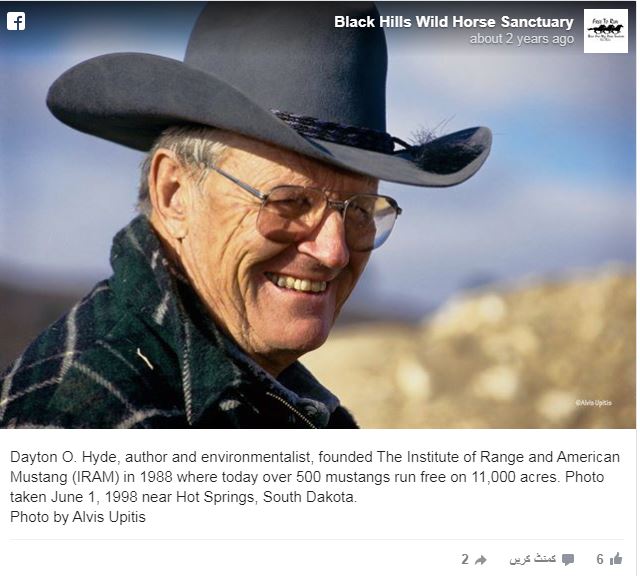 “If you’re telling me it couldn’t be done, then that’s the wrong thing to say to a cowboy,” Hyde said defiantly, explaining his journey to documentary filmmakers. The intimate footage would eventually become part of a stunning documentary about the renegade cowboy’s life and work, 2013’s Running Wild: The Life of Dayton O. Hyde.

Born on March 25, 1925, the young Hyde wanted to be a cowboy. “I wanted to ride tough,” he said, per the documentary. Hyde’s initial foray into the world of work wasn’t far off; he started out as a rodeo photographer. 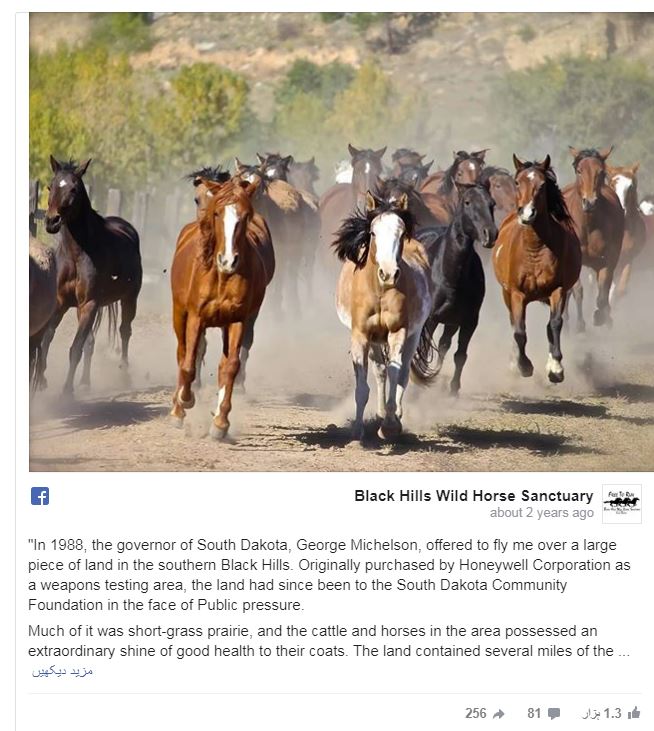 In 1987, Hyde journeyed to Nevada to buy cattle. While there, he was struck by the misery of the wild horses in captivity, recently captured by the federal government.

“It was just too cruel to take a wild horse away from their freedom and home and be contained in a corral,” Black Hills shared, regaling Hyde’s story on Facebook.

“In his mind, he envisioned large tracts of land with well-conceived fences,” it was explained in the documentary, “so the wild horses could be given their freedom again.” 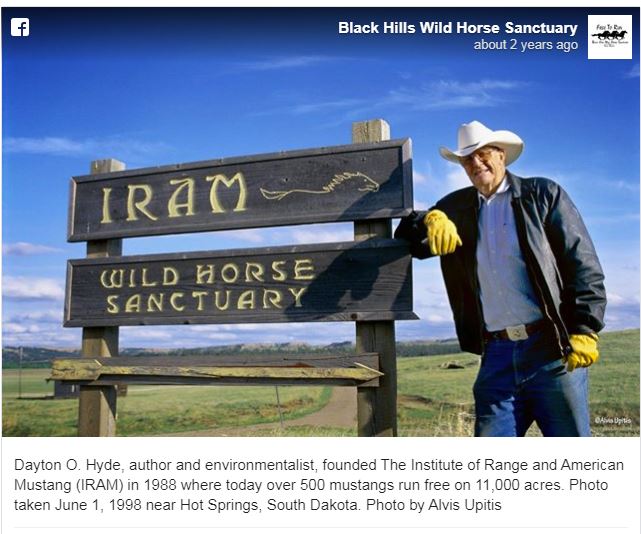 Hyde being the tenacious cowboy that he was, he made it happen.

South Dakota Governor George Mickelson got wind of Hyde’s idea for a wild horse sanctuary and offered to show him Chilson Canyon in the Southern Black Hills. There was widespread opposition from neighbors and the local government, but Hyde and Mickelson ended up forming a partnership. 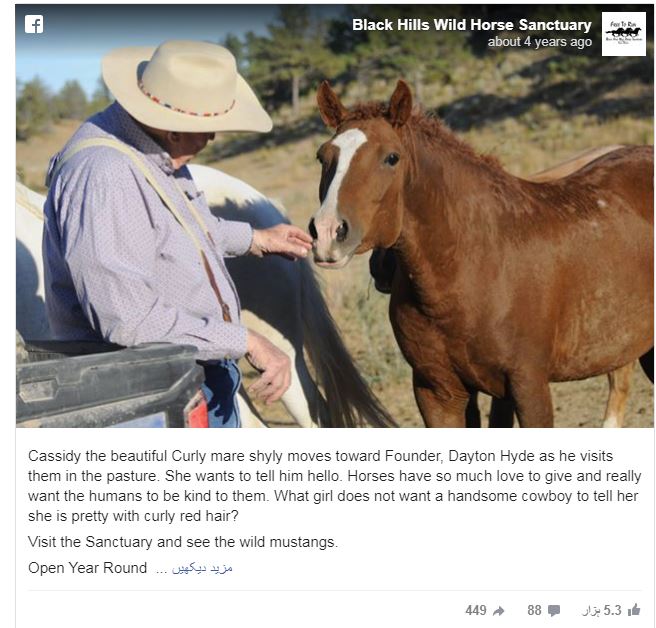 Hyde founded The Institute of Range and the American Mustang (IRAM), and his dream began to take shape. The first horses arrived in the fall of 1988. To them, the sanctuary was a slice of heaven.

“One of the mustangs on the truck was a beautiful blue roan two-year-old filly named Prairie Lark,” Black Hills shared, “who became Dayton’s partner in exploring the sanctuary land and welcoming hundreds of horses to their newfound freedom.” 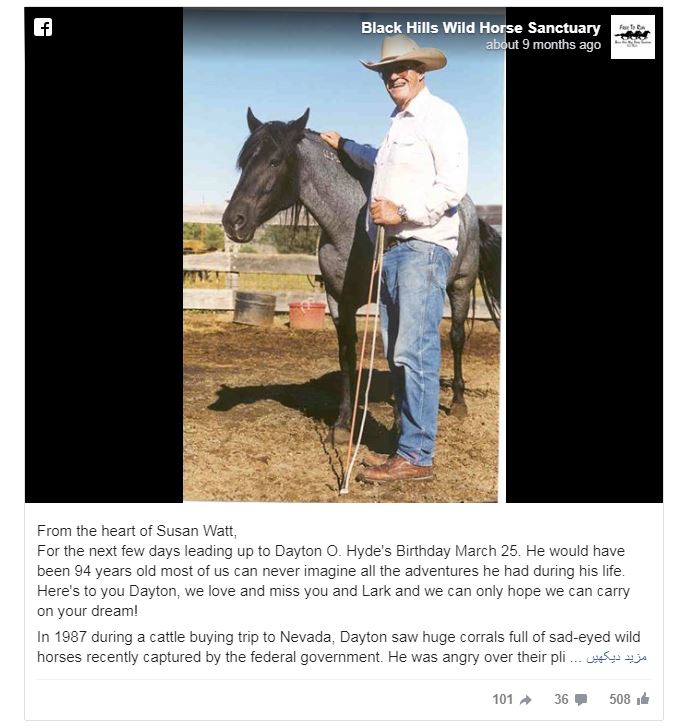 It wasn’t an easy job. Hyde himself once described running the sanctuary as “seven days a week; no vacations, no salaries.” But he did it for the love of the horses.

Black Hills was predominantly short-grass prairie. “The cattle and horses in the area possessed an extraordinary shine of good health to their coats,” Hyde described, as quoted by Black Hills. 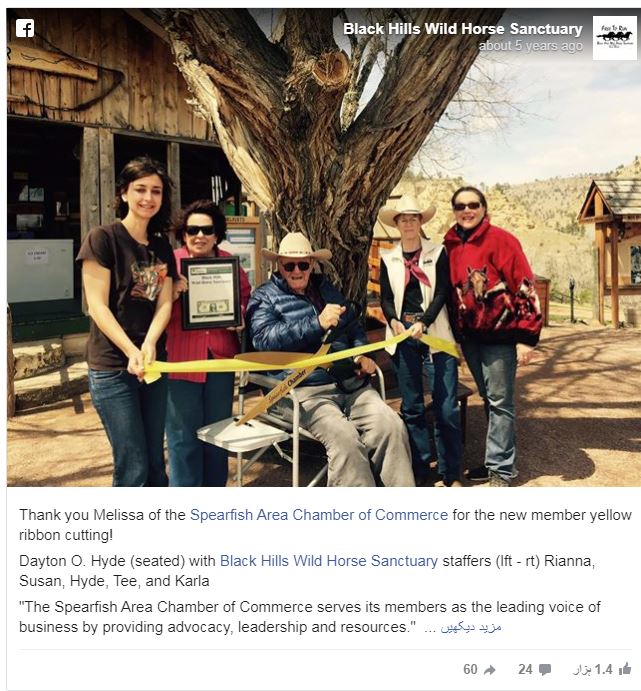 The veteran cowboy also believed it was “potentially the best horse range in the country.”

Hyde passed away on Dec. 22, 2018, having lived life to the fullest by the age of 93. His comrades, at various times in his life, had called him a cowboy, a fighter, a holy man, and even “the most dangerous man in American conservation.”

He was all of those things to some extent.

Today, Black Hills continues to preserve a safe habitat for 500 of America’s wild horses in Hyde’s name. But while its founder is no longer with us, the image of the old cowboy with a heart of gold calling his mustangs from across the grassy plains is truly timeless.