Prescott and the team are trying to hammer out a long-term extension, but nothing has been finalized just yet. That doesn’t have the young passer too worried.

Prescott told the media the following Saturday about his contract situation, according to ProFootballTalk:

I’m not here to talk about my contract and that stuff. Talks, I’m sure, at this point are continuously happening. For me, it’s to come out here and focus on this, not be distracted by any of that stuff, any of that conversation, just focus on being better, just being the best player I can be and making sure everyone around me is as well…It will happen when it happens.

It’s going to be really interesting to see how this all unfolds for the Cowboys. Prescott has been pretty clear that he wants to get paid, but the Cowboys don’t seem eager to rush into a gigantic contract.

That’s not to say they won’t give him one, but they sure are taking their time getting to the end point.

The risk with Prescott is obvious. He’s not in the same talent tier as the likes of Russell Wilson, but he wants to get paid like he is. (RELATED: Russell Wilson Agrees To $140 Million Extension With The Seahawks, Gets $65 Million Signing Bonus)

Given his lack of postseason success, the Cowboys should be hesitant before writing him a check like he’s one of the best quarterbacks in the league.

They could cripple the whole roster, and Prescott can’t carry a team like Wilson can. 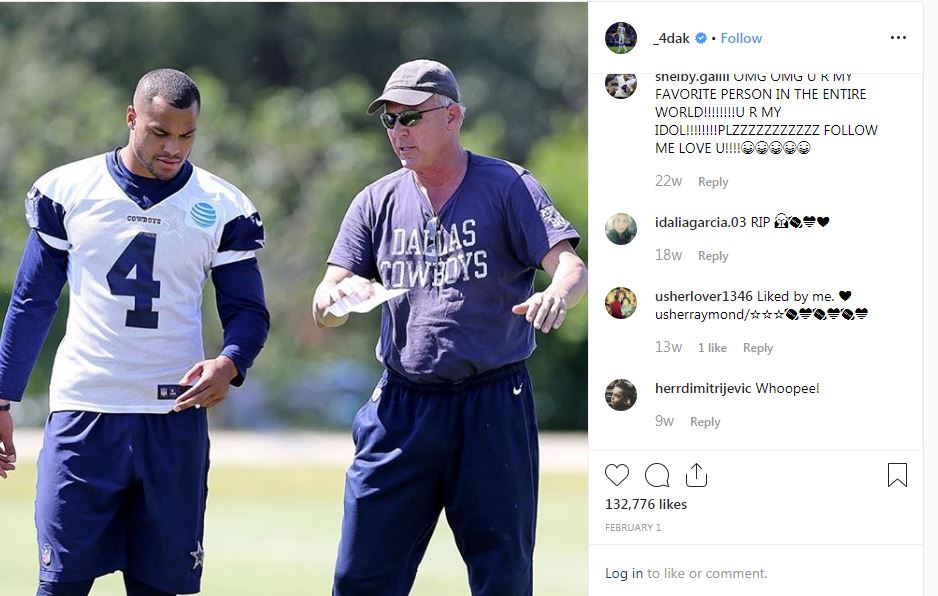 The Cowboys should cut Prescott a deal that has an absolute max value of $25 million annually. Anything north of that would likely be a big mistake.

He’s young, he’s got some talent, but they need to make sure there’s cash on table left to put weapons on the field around him.

Otherwise, this whole situation could blow up in the team’s face.