Did Biden Break Federal Law In Speech About Satchel Paige? 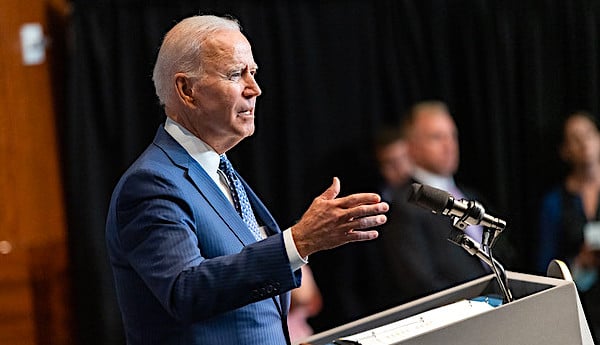 Joe Biden’s recent reference to “the great Negro,” baseball star Satchell Paige, may have just been another in his massive encyclopedia of gaffes.

It’s because Barack Obama, back in 2016, signed into law what essentially is a ban on the federal government’s use of that word.

I want to welcome all the Cabinet members and honored guests joining us today, including the father of our Secretary of State, who served in the Army Air Corps during World War Two, Ambassador Donald Blinken, whose birthday is today. Happy Birthday. Thank you for your service to our country.

And I just want to tell you, I know you’re a little younger than I am, but, you know, I’ve adopted the attitude of the great Negro — at the time, pitcher in the Negro Leagues — went on to become a great pitcher in the pros — in the Major League Baseball after Jackie Robinson. His name was Satchel Paige.

But as CNN documented in 2016, Obama had “signed a bill … that modernizes the terms used for minorities.”

“The federal government will no longer use the terms ‘Negro’ and ‘Oriental,'” the report said. “The official terms will be African-American and Asian-American. Welcome to 2016.”

At the time, Rep. Grace Meng of New York, a Democrat, said it was about time for terms like “oriental” to be discarded.

“Many Americans may not be aware that the word ‘Oriental’ is derogatory. But it is an insulting term that needed to be removed from the books, and I am extremely pleased that my legislation to do that is now the law of the land,” she said.

Remember Seinfeld’s Uncle Leo character? He would do something off the wall like shoplift and excuse with “what do you want, I’m OLD!” I suppose the whole country is a witness to our version of Uncle Leo.