By Dan Reynolds and Naomi Fisher

Joe Biden has been in the political arena for over thirty years. He has been praised for his devotion to us, the citizens and residents of our United States. And he has consistently claimed he is “for the people”.

However, Joe Biden’s actual attitude became public when Joe’s Son, Hunter Biden was given a half a million dollars a year income for a job in Burisma, a Ukrainian firm – a job Hunter knew nothing about and did not even speak the language. An U.S. investigation ensued.

A BBC News video shows Vice President Biden bragging that if the prosecutor is not fired the U.S. would not give the Ukraine money. Biden’s apparent blackmail seems a serious abuse of the power of his office, thereby compromising our Government.

Video Links below:  “Biden and Ukraine: What we know…” and 2 other links.

Worse, in December 2013, Hunter Biden accompanied his Father on an official Government visit to China. During that visit, Hunter met with a Chinese banker. Ten days later, Hunter’s small firm, Rosemont Seneca, announced a $1.5 billion equity deal. The money came from the Chinese Government itself. (Note:  All research in the videos of Biden/China was done by author Peter Schweizer and you can find more information in his book. Article Link at the Bottom.

Even though they flew to and from China together, Joe Biden insisted that he and Hunter never discussed business. Does that seem even remotely believable?  $1.5 Billion, and they don’t even high-five?

Hunter Biden and his partners in Rosemont Seneca, Devon Archer and Chris Heinz (former Senator and Secretary of State, John Kerry’s stepson), used loans from the Bank of China to purchase their firm to form a Chinese equity fund to raise money from investors. The son of our Vice President was now involved in purchasing firms and making investment deals for the Communist Chinese Government and the Chinese Military! This is the country that is rapidly becoming the most serious military threat to the USA!

Financial Times made a list of over twelve companies that Hunter and Partners own or have dealings with. This list includes China’s major Nuclear Power company, one of the world’s largest oil refiners and Gemini-Rosemont Realty that owns 135 buildings in 22 USA states. Article Link Below: Inside Hunter Biden’s Dealings With Shadowy Foreign Firms.

Worst of all was the purchase of Henniges Automotive, a commercial and military manufacturer that made parts for our military. That purchase required approval of the highest levels of our Government which was given – even though the partner in the deal, China’s AVIC, was known for stealing U.S. military technology to build their own military jets and drones!

There is proof of too many companies, too much money and a valid fear of USA military information being passed to Chinese military manufacturing firms connected to Hunter.

It’s not clear whether those Chinese connections involve Joe Biden himself. However, Hunter’s involvement with China is clearly a conflict of interest for Joe Biden. Whether or not military secrets were sold to China through any of those purchases the possibility remains. We have a military standard for the sale of design of weapons: “works directly with a partner in the U.S. defense industrial base to obtain equipment or services. Neither the U.S. military nor the U.S. government is directly involved in the sale or acquisition.” (The rest is loosely paraphrased) No weapons design for classified parts are allowed to be sold to another country that is in competition with our USA unless that Country is an allied partner. Also, the only time any of our classified materials are allowed to be sold to another Country is if, 1) all items to be sold are declassified for the world to see and, 2) This is a standard for all Countries across the globe – That we have counter measures for anything being sold as a weapon construct. Article link 3rd from bottom.

I strongly encourage you to view the three different videos (links below)  proving the Biden/China relationship and explaining all the connections between Hunter and those companies thereby revealing the danger to our Nation’s military secrets.

Between those videos and the Financial Times article – the proof is irrefutable. Joe Biden did abuse his power as the Vice President of our United States.

At this point we have to ask: Did Hunter Biden sell U.S. Military secrets to the Chinese? Did Joe Biden know of his Son’s involvement with Chinese Military companies?

Regardless, because of Hunter’s involvement, at this point our military has jurisdiction to hold a military tribunal for treason against: Hunter and/or Joe Biden and whomever else signed off on the sale of Henniges Automotive.

So: Where’s Hunter?  As Marc Levin observes in the video, Riding the Dragon, it seems as though Hunter Biden is “now in some sort of Witness Protection Program.” The question is:  Why?

And finally, is Joe Biden truly “for the people”?Joe Biden drafted the Patriot Act that President Bush signed into law in 2001 which authorized the government to spy on its citizens virtually at-will, …”  In the same vein, in 1994 he introduced an act for telecom carriers to design equipment for surveillance by law enforcement – later expanded to cover broadband Internet and VoIP traffic.

See first 3 Article Links below:  2 links on USA Patriot Act, 1 on Inside Sources Record on

Swamp Watch: The Bidens and Ukraine

Biden/China videos. Each one is a little different:

The truth about the Bidens: Joe and Hunter Ride the Dragon | LevinTV | Ep 747

Everything You Wanted To Know About The Trump-Biden Ukraine Scandal

Next week see our article on Joe Biden’s and other families building wealth. 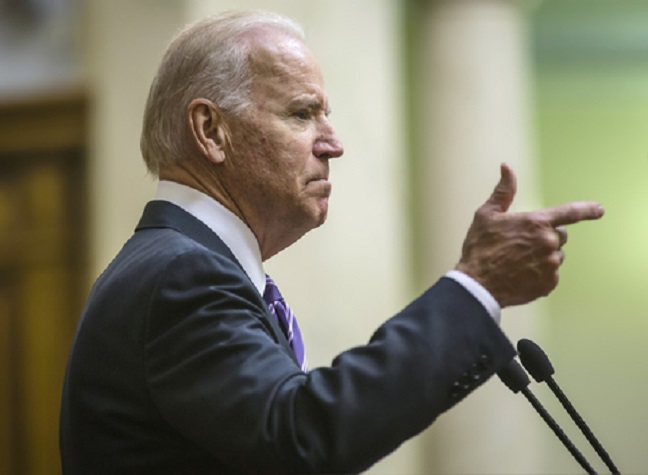 Dan Reynolds and Naomi Fisher are residents of Ventura County

I watched “Riding The Dragon” Wow. Everyone needs to watch.

Seems like the you.tube videos are blocked. Anyone else having that problem?

Well Sarah, why not? It seems’s to not affect his ability to get elected and reelected over a nearly 50 year period.

DUH, do you think?

Is that a question?

I am so happy people are finally waking up to some of the things the Sly Fox has been hiding for a long time. He plays the American people for fools and the media backs the Democrats up.
The American people have no idea what the ultimate goal is. While Joe and his family got money the Chinese got American military secrets and access to personal information to millions of Americans. People should view the documentary on YouTube “Riding The Dragon “ if the really want to know Joe Biden! They would have quite the surprise.