Do You Want Fries With That Shakedown?

Californians are suffering the worst inflation in decades and businesses are leaving the state in something like a biblical exodus, so you might think state legislators would kill bills that will drive even more businesses from the state and raise food prices for working families.

But you’d be wrong. Consider AB 257. Then-Assemblywoman Lorena Gonzalez introduced the bill in January 2021; a year later she announced she was leaving to head the California Labor Federation. 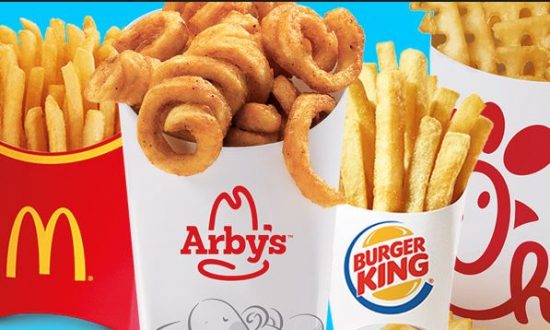 The bill’s supporters — leaders of government and private-sector unions — say the bill would give workers in California’s fast-food industry the pay and benefits they deserve. The rest of us know it would increase touch-screen ordering in your favorite local restaurant and drive fast-food franchises out of California.

AB 257 — the Fast Food Accountability and Standards Recovery Act, or “FAST Recovery Act” — is one of the worst ideas to come out of the legislature this session — and that’s saying something. Sponsored by the Service Employees International Union (SEIU), the bill would create a state-run council — the Fast Food Sector Council — to “negotiate” wages, hours and working conditions for fast-food workers in the Golden State.

The council would be made up of 13 unelected political appointees and be dominated by representatives from state government and restaurant employee “advocates” — aka: unions and their backers. The bill also authorizes cities with a population of more than 200,000 to establish their own food-sector council that could provide “recommendations” to the state council.

With about 34,700 food franchises owned by 14,422 franchisees in California, what could go wrong with putting them all under the thumb of a new state bureaucracy led by government functionaries and union stooges with no restaurant or business experience?

This council would govern fast-food restaurants whose brands have more than 30 locations nationwide, but the real goal behind the legislation is to strong-arm the remaining franchisors to unionize. Unions are salivating over the chance to add fast-food workers to their declining membership rolls and ingest potentially millions in new union dues.

Such a move will cause serious heartburn with franchise owners who are already burdened by small margins, higher food costs due to inflation and the impacts of the government’s pandemic lockdowns. This bill would be the death knell for many franchises, 26% of which are minority-owned. Contrary to the union slogans that the law would help workers, the mass exit of fast-food franchises from the state will devastate low-income communities that rely on fast-food restaurants for jobs and food.

A new report estimates AB 257 could increase fast-food prices on consumers as much as 20%. If you’ve been through a fast-food drive-thru lately, you know prices are already higher because of inflation.

“If the FAST Act passes, we can expect a very sharp increase in food costs from the affected restaurants, and that could push…families to the breaking point, given the financial pressures working families already feel from rising rents, gas and other necessities, ”said Christopher Thornberg, PhD, Director of the UC Riverside Center for Economic Forecast and Development, which issued the report.

AB 257 will destroy the franchise model in California. Why?

As the Orange County Register explains: “There is no realistic or practical need for this law. To be clear, this law is not about workers. It is not about bringing businesses up to compliance with California’s extensive labor laws. Businesses are already doing all of that. The only obvious purpose is to bolster the power and influence of the unions behind the bill. That’s it.”

AB 257 is such a disaster that even Gov. Gavin Newsom has remained mum on the bill. His Department of Finance opposes the legislation because it would create “ongoing costs” and “worsen delays in the state’s labor enforcement system.” No doubt Newsom would prefer not to have to defend such a radical state power grab on the national stage.

The unions are out in full force in support of AB 257, but franchise owners and the workers who understand the bill will destroy their jobs are pushing back. In the wake of the disastrous AB 5 that continues to wreak havoc on independent contractors in California, it’s hard to imagine the legislature would detonate another job-killing bill in the state.

But this is par for the course with a callous legislature. Both AB 5 and AB 257 are union-backed bills designed to kill small businesses, destroy entrepreneurship and force us all to be union members working for mega-corps.

AB 257, now being carried by Chris Holden (D-Pasadena), survived the Senate Appropriations Committee’s feared “suspense file” last week and now heads to a vote on the Senate floor. If it passes, it will go back to the Assembly for a concurrence vote before it goes to Gov. Newsom’s desk for his signature.