As people across the country are confined together amid stay-at-home orders, domestic violence cases have seen an upsurge nationwide, experts and police departments said.

“Survivors are trapped with their abusers at this point, and with social isolation, they don’t have a lot of means for escape or for support,” said Stephanie Brown, executive director of Casa Myrna, a group that supports domestic violence survivors in the Boston area, in comments to WBUR.

She said the economic repercussions of business shutdowns and employee layoffs have made things even worse.

“The emotional and financial abuse of survivors is going to increase and heighten, and we also expect to see physical violence increase,” she said.

“There’s no more school. There’s limited child care because employees are being furloughed, and it will just continue to add to the immense amount of financial stress that was already there. And on top of that, communication may not be optimal,” said Alisia Pruneda, public information officer for the San Antonio Police Department.

Aileen Robinson, domestic violence operations coordinator for the Chicago Police Department, told The Hill that Chicago saw a 14.6 percent rise in the number of domestic violence complaints in the first week of April compared to the same period in 2019.

“We already know that abusers are using this as a tool to manipulate not only victims, but law enforcement,” Robinson said of abusers weaponizing the virus itself, such as threatening to throw out victims if they test positive.

The Chinese Communist Party (CCP) virus, commonly known as the novel coronavirus, has spread aggressively across the United States, with a Johns Hopkins tally noting over 558,000 infections across America as of April 13, while the number of fatalities attributed to COVID-19 standing at over 22,000.

A total of 18 out of 22 law enforcement agencies across the country that responded to requests to provide domestic violence case information told NBC they saw a rise in such complaints in March.

“The financial stress alone creates a ticking time bomb for some families with a history of domestic violence,” said Steve Mueller, sheriff of Cherokee County, South Carolina, according to the report.

Mueller said the county saw a 35 percent month-over-month spike in allegations of domestic violence in March.

“Unfortunately many of these domestic violence cases occur in front of children and often the children become victims of abuse and assault, as well,” Mueller said.

The United Nations called the phenomenon of increased domestic violence against women and girls amid COVID-19 a “shadow pandemic.”

“Globally, 243 million women and girls aged 15-49 have been subjected to sexual and/or physical violence perpetrated by an intimate partner in the previous 12 months,” the agency wrote in a report (pdf).

“The number is likely to increase as security, health, and money worries heighten tensions and strains are accentuated by cramped and confined living conditions,” it added.

Officer Pruneda told KSAT that help is often there for victims of domestic abuse, but they first need to muster the courage to reach out.

“But we can’t do anything about it unless they call, someone calls,” Pruneda said. “And sometimes that takes a great act of bravery.” 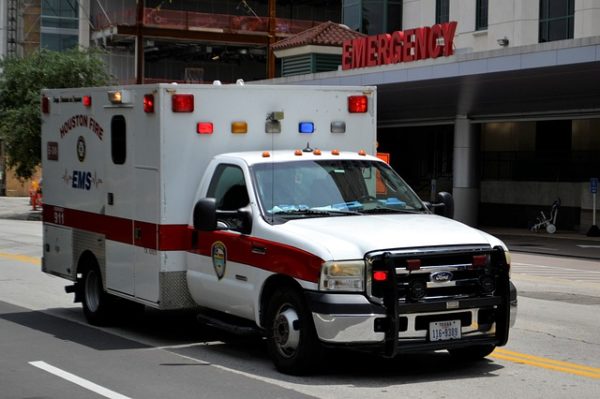