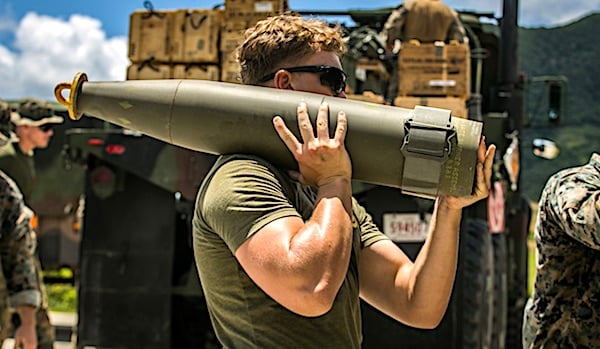 One of the leftist agenda points in Washington has been to add women to the list of those who would be drafted for the U.S. military if a draft should be reinstated.
It’s kind of gotten lost in the bigger headlines of dead Americans in Afghanistan, billions of dollars of war machinery turned over the terrorists, a crisis on the southern border, surging inflation and of course, COVID-19, on President Joe Biden’s watch.
But the plan now has been approved in a legislative committee, and Rep. Chip Roy, a Texas Republican, has had it.
“Now you – including likely 28 GOP House members voting for an NDAA last night to do so – want to draft my daughter and just ‘trust you’ not to put them into combat? All of DC – all of it – can go straight to hell.”

Maybe it’s because you (both R & D) have talked about securing our border while Texans suffer – our ranches, our schools, our hospitals – Fentanyl pouring into our communities… murders, rapes… dead migrants on ranches… all in the false name of compassion… (3/9)

Maybe it’s because both R&D have had us at war for 20 years… without any actual new AUMF or consistent guidance from our political leaders about victory… all while our troops sacrificed, and we set the stage for a gutless President to surrender and empower our enemies… (6/9)

Maybe it’s because you’ve (both R&D) caused America, despite sitting on a vast reserve of energy supply, to render us less secure economically and less secure against our enemies to appease institutional investors and the Acela corridor cocktail circuit. (8/9)

He said he wouldn’t trust Washington because politicians there have “destroyed” our healthcare system, have kept the nation “at war” for 20 years, funded “education bureaucrat after education bureaucrat” to “take God out of our schools,” made American less secure with their energy policies and more.
The Washington Examiner said he attacked both Democrats and Republicans for using trillions of dollars on their pet projects while giving “lip service” to balanced budgets.
The report said, “Roy criticized almost every political hot-button issue of the past two decades, from healthcare to critical race theory, and used them to critique the major parties.
“Speaking on the coronavirus pandemic, he lambasted lawmakers who ‘politicized a virus… giving us wildly varying propaganda about it’s origins, the nature of it’s communicability, the efficacy of your mandated measures in response including vaccines, and ignoring of treatments.'”
It was the House Armed Services Committee that this week approved the amendment requiring women to register for the draft.
It came on a 35-24 vote. Rep. Chrissy Houlahan, a Democrat from Pennsylvania, wanted women included.
Houlahan claimed the current “male-only registration sends a message to women not only that they are not vital to the defense of the country, but also that they are not expected to participate…”
It came during discussion of the National Defense Authorization Act. Senators earlier voter for a similar plan.
It was Rep. Vicky Hartzler, R-Mo., who tried to bring representatives back to earth, with, “We don’t need to draft women in order for women to have equality in this nation. Women are of worth and of value right now, and we are equal with men without having to pass a new law that would require 50 percent of this country, our daughters and our sisters and our wives, to have to be drafted.”