The Earth Hour Web site tells us to “Switch off your lights for an hour on Saturday, March 28, 2020 at 8:30 pm your local time.” If this were just about saving energy to show our support of the 860 million people across the world who lack access to electricity, it would make sense. But it is not. While Earth Hour has expanded to encompass other environmental concerns as well, ‘stopping climate change’ is still front and center as a primary rationale for the event.

In promoting Earth Hour held last year an March 30, activists told us we should turn off our lights to show support for the crusade to stop climate change. The Earth Hour Australia webpage, “Choose your climate future,” started:

This is propaganda, pure and simple. Besides the fact that the amount of global warming caused by fossil fuel combustion is likely very small (or none at all—see later in this article), they are really taking about the benign gas carbon dioxide (CO2), not carbon (which is a solid).

The person arguably most responsible for this deception is former Vice President Al Gore. From the day that Gore released his 2006 documentary, An Inconvenient Truth, the general population was told that carbon emissions were going to destroy our planet. Gore, more or less, coined the term “carbon footprint,” always hiding the enormity of his own footprint, that is.

Gore and his cohorts were never actually talking about carbon, of course. They were talking about CO2, but they understood that most people recognize that they exhale CO2 and plants absorb it in order to live. Not a dark thought. So, in an unfortunately all too successful attempt to scare the populace, they seized on using the term carbon as a synonym for CO2, knowing it would conjure up visions of soot, lamp black, and coal dust, none of which are warm and fuzzy. Aside from the fact that CO2 contains a single atom of carbon, it bears no resemblance to elemental carbon. It has about as much in common with carbon as lightning does with a lightning bug.

Climate change campaigners do not seem to understand that commercial greenhouse operators routinely run their internal atmospheres at up to 1,500 parts per million (ppm) CO2 concentration for a good reason. Plants inside grow far more efficiently than at the 413 ppm in the outside atmosphere. Yet there is no hint of any consequent temperature rise.

Climate Change Reconsidered II: Biological Impacts, a report from the Nongovernmental International Panel on Climate Change, cites over 1,000 peer-reviewed studies that document rising productivity of forests and grasslands as CO2 levels have increased, not just in recent decades, but in past centuries.

And increasing CO2 levels pose no direct hazard to human health. CO2 concentrations in submarines can reach levels above 10,000 ppm, 25 times current atmospheric levels, with no harmful effects on the crew.

We are actually near the lowest level of CO2 in Earth’s history. About 450-million years ago, CO2 was over 1000% of today’s level while Earth was in one of the coldest periods in the record. This is just one of many findings that indicate that the climate models’ assumption that temperature is driven by CO2 is wrong.

Activists say that there will be important pollution reduction co-benefits to CO2 emission control. Yet US Environmental Protection Agency state on their Website,

Using climate regulations to reduce pollution would obviously be an expensive mistake.

The degree to which language of the climate debate has become distorted was well illustrated in “4 Major California cities commit to carbon-free buildings by 2050,” an August 23, 2018 press release from Sierra Club. Therein, they cited Robert M. Gould, MD, President of Physicians for Social Responsibility, San Francisco Bay Area Chapter, who referenced “the decarbonization of our planet that is imperative for human survival.” A decarbonized Earth would be a dead world, a world devoid of all life including ours. Surely that is not the doctor’s goal.

The public has unwittingly accepted the ‘carbon’ sleight of hand without realizing they were being manipulated toward negative thoughts about plant food. It is possibly the best example of subliminal brain washing ever.

Fears that CO2 increases will cause runaway temperature-rises should be scuttled as well. In “The Evidence Proves That CO2 is Not a Greenhouse Gas,” his September 13, 2018 article in Technocracy News & Trends (Mesa, Arizona), historical climatologist and former climatology professor (and ICSC Chief Science Advisor) Dr. Tim Ball writes:

“The most important assumption behind the AGW theory is that an increase in global atmospheric CO2 will cause an increase in the average annual global temperature. The problem is that in every record of temperature and CO2, the temperature changes first. Think about what I am saying. The basic assumption on which the entire theory that human activity is causing global warming or climate change is wrong.”

For many, the real goal of these deceptions is summed up well by journalist H. L. Mencken, the sage of Baltimore, who once said, “the whole aim of practical politics is to keep the populace alarmed and hence clamorous to be led to safety by menacing it with an endless series of hobgoblins, all of them imaginary.” Global warming has been among their very best hobgoblins.

Misuse of the word carbon is not a laughing matter, however. This unsubstantiated fear is depriving the less fortunate among us of sorely needed inexpensive energy by eliminating life giving fossil fuels and the miracle molecule of life, CO2. In so doing, society is subjected to further government control, thereby reducing individual freedom, moving our country closer to socialism and away from capitalism.

In the days leading up to this year’s Earth Hour, take note of how often you read the word carbon when CO2 is in fact the real subject. Capture the picture in your mind when you read it. Go back and reread it as CO2 and capture your thought again. This is not like the difference between describing a flower as pretty or beautiful. It is an intentional distortion aimed at provoking fear. We must call them on it every time. 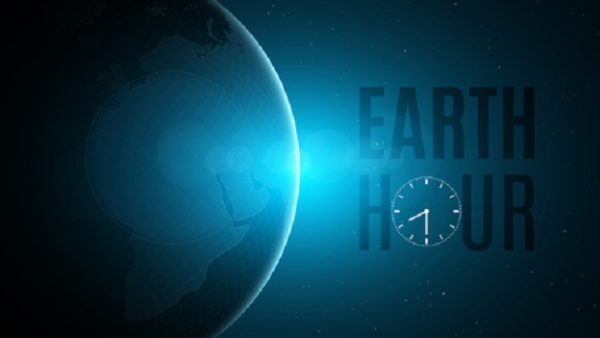