In attending rock concerts, after a good show goes concludes, the audience is known to chant “More, More” to encourage the performers to do an encore.

The opposite situation holds true  formulating  housing policies in California.  Between Governor Newsom and his co-dependents in the Legislature, they continue to pass new laws that stifle developers from building much needed residential inventory. Creating “more” red tape and cumbersome regulations, are the last things we need today. 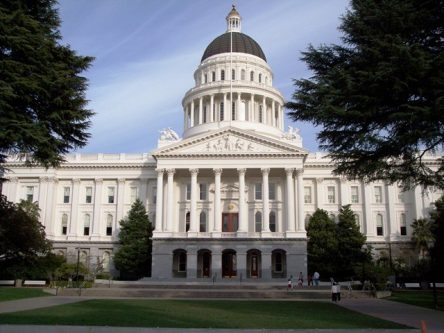 In almost every case nothing is affordable in California prior to when the first shovel is lifted at ground breaking ceremonies.  With such obvious realities staring them in the face, Progressives are oblivious to the problems they have created.

One individual who disagrees with Weiner’s views on planning for the future is Professor Wendal Cox. As an expert on urban planning and transportation, he prefers to use facts and empirical data, rather than socialistic ideology, in formulating his opinions. During a distinguished career which has included 18 years service on the Los Angeles County Transportation Commission, a stint on the Amtrak Reform Council, and as a visiting fellow at the Heritage Foundation, Cox has consulted in a wide range of topics,

Earlier this month the internationally respected demographer put on a mini seminar for the non partisan organization Liveable California.  Although this group has been able to successfully fight off several of Scott Weiner (D-San Francisco) bills including Sb-50 and SB-827, several others have passed.  Unfortunately, as Cox pointed out,  many of the new laws  take away decision making from local governments,.

In contradicting human nature, he  contends:

In contrast to Progressives in Sacramento who are pushing a so called “smart growth” agenda, Cox takes a different approach.  In doing this he has opposed current self-imposed urban boundaries that raise land prices, high permit fees for new construction, and forcing local communities to change their zoning regulations to comply with new State laws.

All of this, Cox postulates, has a tendency to raise housing prices artificially and suppress economic growth.

Rejecting his findings, urban planners in Sacramento believe the suburbanites of tomorrow will abandon their motor vehicles; replacing them with public transit in conducting their everyday lives. With fewer cars on the road,  they postulate mega Project Development Areas (PDA’s) will require minimal parking capacity. This is especially true for low income housing where density discounts provide little or no room to store four wheeled conveyances.

What worries local communities most is if Scott Weiner and his friends are wrong. Who is responsible if the fruits of SB-330, AB-1487, AB-68, and dozens of other bills passed since 2016 fail to deliver affordable housing as promised?

It certainly won’t be the locals, who Sacramento has proudly ignored.  If parking spaces in residential neighborhoods become impossible to find, will the State Senate come to the rescue?  Should property values of single family homes decline because of apartment buildings being constructed next door, will Gavin Newsom compensate them? Are providing additional bicycle lanes a trade off for local communities that the state is unwittingly destroying?

Despite such a bleak assessment of the Legislatures housing policies, the voice of reason in this body has been mostly silent. Despite having virtually no science to back up their utopian vision, they don’t care what those who disagree might think. Organizations such as Liveable California, with few economic resources at their disposal, face an uphill battle against the progressive juggernaut in Sacramento.

As has been stated many times over, meager Republican opposition in both the State Assembly and the Senate, have allowed the legislature to pass horrific laws that adversely affects the housing market. Recent indications have shown when radical proposals are defeated; it has been Democrats in urban areas in Southern California that have put a halt to some of these hair brained proposals.

Also coming into play in formulating the State of California’s housing policies has been the recent Covid-19 pandemic.  It does not take a genius to figure out that stack and pack developments, where people are forced to live under sardine like conditions, is not the healthiest environment to live.

It’s no coincidence that the highest concentrations of those stricken by the virus have been in New York, Los Angeles, and nursing facilities where people live under crowded conditions.  Why would California lawmakers want to encourage this life style?

With the state’s current stagnated market for new housing starts, perhaps it is time to head Wendell Cox’s advice.  Listening to what local communities desire, increasing the urban limit line for future development, and planning transportation options that will actually work, seems like a great place to start.

When it comes to passing future legislation in Sacramento “more, more!, isn’t necessarily the best approach to take.