Hillary Clinton slam of Tulsi Gabbard as a Russian asset, shows not only her vindictiveness but her unwillingness to accept the decision of the American voters in 2016 that resulted in Donald J. Trump becoming the 45th President of the United States.

Gabbard, is a military combat veteran, the first Samoan American and Hindu member of Congress (Hawaii’s 2nd congressional district), and more importantly running as a Democrat candidate for President in 2020.   Her crime:   Gabbard endorsed Senator Bernie Sanders for President in 2016 (after resigning as Democratic National Committee vice chair on Feb. 28, 2016)—the first congresswoman to endorse Sanders and later gave the nomination speech putting Bernie’s name forward at the 2016 Democratic National Convention.

Hillary never forgets her political opponents or those who do not support her—of course this would also mean—all the Deplorables that supported Donald Trump.

As usual, Hillary’s comments were not unique.  In the fourth debate, Gabbard accused CNN hosts and The New York Times of attacking her, saying “Just two days ago, The New York Times put out an article saying that I’m a Russian asset…and all these different smears.”

Gabbard responded to Hillary by calling her “the queen of warmongers, embodiment of corruption, and personification of the rot that has sickened the Democratic Party for so long” and invited Hillary to join the primary race.

I agree with Gabbard’s words though it would be a mistake for Hillary and any other unannounced candidate to throw their names into the Democratic presidential primary.

Fellow 2020 Democratic presidential candidates Andrew Yang, Marianne Williamson and Beto O’Rouke made statements defending Gabbard immediately.   It almost took a week for Bernie Sanders to do so despite Gabbard’s support in 2016 and her socialistic beliefs.

Gabbard’s political positions are similar to those of other Democratic primary contenders on healthcare, climate change, education, infrastructure, the gay agenda, and criminal justice reform but she differs on the war machine which pushes for U.S. involvement in “wasteful foreign wars” which has brought her in line with President Trump’s removal of American troops in Syria.

Almost all Democrats have chosen to position themselves against any actions of the President regardless of whether they supported such actions prior to the 2016 elections.

Gabbard was the youngest woman ever elected to any state legislature (age 21), is a Major in the Army National Guard and was a five-year term member of the Council on Foreign Relations.

Gabbard is to be commended for taking on the Clinton political machine that appears to have frighten Elizabeth Warren and Joe Biden so much that they have been unwilling to defend a fellow Democrat in the crosshairs of Hillary.

This political attack by Hillary “of her own” party candidate is her justification for losing in 2016 based on Russian collusion and now will become the excuse for a Democrat loss in Election 2020.

Hillary and the Democrats are obsessed with Russian and Congress can only pursue an unofficial impeachment inquiry and do nothing else—much less represent the voters that elected them. 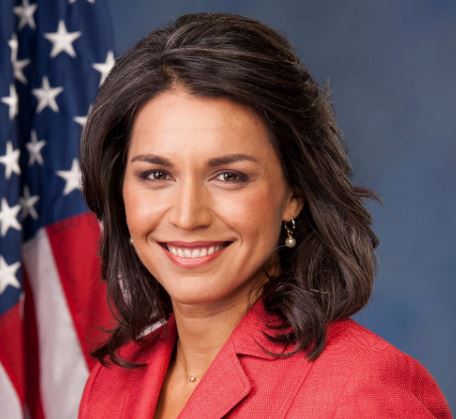 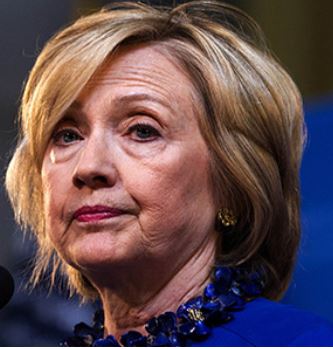 Michael Hernandez, Co-Founder of the Citizens Journal—Ventura County’s online news service; editor of the History Makers Report and founder of History Makers International—a community nonprofit serving youth and families in Ventura County, is a former Southern California daily newspaper journalist and religion and news editor.  He has worked 25 years as a middle school teacher.  Mr. Hernandez can be contacted by email at [email protected].

Actually, HC throwing her name into the primary election would be more like what she claimed would happen with a third party affecting the outcome of the 2020 election. Her name would assure the re-election of President Trump. I have no measurable proof, but there had to be an appreciable number of democrats that voted, not so much for Donald Trump but, against Hillary.