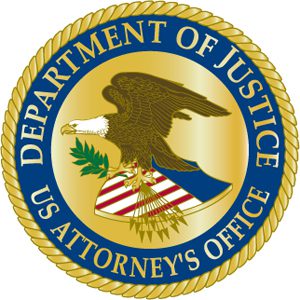 The US Attorney’s office says Myers pled guilty to conspiracy to deprive voters of civil rights, bribery, obstruction of justice, falsification of voting records, and conspiring to illegally vote in a federal election for orchestrating schemes to fraudulently stuff the ballot boxes for specific Democratic candidates in the 2014, 2015, 2016, 2017, and 2018 Pennsylvania elections.

Specifically, officials say Myers admitted in court to bribing the Judge of Elections for the 39th Ward, 36th Division in South Philadelphia, Domenick J. Demuro, in a fraudulent scheme over several years. Authorities say Demuro, who was charged separately and pleaded guilty in May 2020, was responsible for overseeing the entire election process and all voter activities of his Division in accord with federal and state election laws.

The voting machines at each polling station, including in the 39th Ward, 36th Division, generate records in the form of a printed receipt documenting the use of each voting machine. This printed receipt, also known as the “results receipt,” shows the vote totals, and the Judge of Elections and other Election Board Officials at each polling place attest to the accuracy of machine results.

Officials say Myers admitted to bribing Demuro to illegally add votes for certain candidates of their mutual political party in primary elections. Some of these candidates were individuals running for judicial office whose campaigns had hired Myers, and others were candidates for various federal, state, and local elective offices that Myers favored for a variety of reasons. Myers would solicit payments from his clients in the form of cash or checks as “consulting fees,” and then use portions of these funds to pay Demuro and others to tamper with election results.

After receiving payments ranging from between $300 to $5,000 per election from Myers, officials say Demuro would add fraudulent votes on the voting machine – also known as “ringing up” votes – for Myers’ clients and preferred candidates, thereby diluting the value of ballots cast by actual voters. At Myers’ direction, authorities say Demuro would add these fraudulent votes to the totals during Election Day, and then would later falsely certify that the voting machine results were accurate. Myers is also accused of directing Demuro to lie to investigators about the circumstances of the bribes and the ballot-stuffing scheme.

Myers also admitted to conspiring to commit election fraud with a former Judge of Elections for the 39th Ward, 2nd Division in South Philadelphia, Marie Beren. Authorities say Beren, who was charged separately and pleaded guilty in October 2021, was the de facto Judge of Elections and effectively ran the polling places in her division by installing close associates to serve as members of the Board of Elections. The US Attorney’s office says Myers admitted that he gave Beren directions to add votes to candidates supported by him, including candidates for judicial office whose campaigns actually hired Myers, and other candidates for various federal, state, and local elective offices preferred by Myers for a variety of reasons.

Officials say Myers acknowledged in court that on almost every Election Day, Myers transported Beren to the polling station to open the polls. During the drive to the polling station, Myers would advise Beren which candidates he was supporting so that Beren knew which candidates should be receiving fraudulent votes. Inside the polling place and while the polls were open, Beren would advise actual in-person voters to support Myers’ candidates and also cast fraudulent votes in support of Myers’ preferred candidates on behalf of voters she knew would not or did not physically appear at the polls.

During Election Day itself, officials detailed that Myers conferred with Beren via cell phone while she was at the polling station about the number of votes cast for his preferred candidates. Beren would report to Myers how many “legit votes,” meaning actual voters, had appeared at the polls and cast ballots. If actual voter turnout was high, Beren would add fewer fraudulent votes in support of Myers’ preferred candidates. From time to time, Myers would instruct Beren to shift her efforts from one of his preferred candidates to another. Specifically, Myers would instruct Beren “to throw support” behind another candidate during Election Day if he concluded that his first choice was comfortably ahead.

Beren and her accomplices from the Board of Elections would then falsify the polling books and the List of Voters and Party Enrollment for the 39th Ward, 2nd Division, by recording the names, party affiliation, and order of appearances for voters who had not physically appeared at the polling station to cast his or her ballot in the election. Beren took pains to ensure that the number of ballots cast on the machines was a reflection of the number of voters signed into the polling books and the List of Voters. After the polls closed on Election Day, Beren and her associates would falsely certify the results.

How much time did they get?

A Democrat? Wow, what a shock!