Election Integrity Project California has also relayed these concerns regarding Dominion Voting Systems to Attorneys Rudy Giuliani and Sidney Powell—who are investigating the Dominion Voting Systems hardware and Smartmatic, the election related software used. (editor’s note: EIP-CA/VC has much more, which we will be writing about soon).

According to Attorney Sidney Powell (who represents General Michael Flynn), “The software was designed to rig elections. They did this on purpose. It was calculated. They’ve done it before. We have evidence of 2016 in California.”

Powell in a Fox interview with “Sunday Morning Futures” (reported by Beth Baumann of Townhall) stated that the software’s user manual talks about how “votes can be wiped away.” In states where the new election technology was purchased and implemented, there’s evidence of officials’ family members being paid large lump sums of money. The attorney stated the software has the ability to do things like delete ballots, force the machine not to read voters’ signatures or the down ballot. There also is the ability for the machine to be programmed to only count votes for Biden. “It’s like drag and drop whatever you want, wherever you want, upload votes.”

According to Attorney Rudy Giuliani, the former Mayor of New York City (in an interview with “The Cats Roundtable” on WABC 770AM-New York and reported by Eric Mack of Newsmax), “Dominion was counting the votes in 29 states.  Dominion shouldn’t be counting the votes anywhere. Curiously, in the very, very close states where Trump lost by less than one percent, it’s those machines that are being used. Nevada, Michigan and Georgia use those machines (Dominion Voting Systems). Those machines should not be used in any American election. Again, they’re foreign machines.

“It looks like it is a Canadian company; it actually is a company owned by two Venezuelans (who are close to Nicolas Maduro) that’s been in business for about 20 years and been disqualified in so many places it would make your head spin. It’s a Canadian company. We send our ballots outside the United States to be counted to a company that is allied with Venezuela and China. That’s outrageous.”

The China connections include parts made in China with software programmers from Serbia say investigators.  Meanwhile, Dominion Voting Systems CEO John Poulis, is former lobbyist for House Speaker Nancy Pelosi. Dominion’s Voting Systems Officer of Strategy and Security Eric Coomer was engaged in chats with Antifa members during the week of Sept. 27, 2020 (according to an interview conducted by investigative journalist MIchelle Malkin and Joe Oltmann, founder of Faith Education Commerce United—a movement seeking to restore and secure the blessings of liberty guaranteed by the U.S. Constitution.)

According to Oltmann, who infiltrated Antifa, Coomer stated in an Antifa conversation: “Don’t worry about the election, Trump’s not gonna win. I made f*cking sure of that!” Coomer actually re-posted the Antifa Manifesto to President Trump on his Facebook page. Twitter removed Joe Oltmann from their platform when his tweet of Eric Coomer upset them. Coomer also mocked President Trump’s Election Integrity Commission on Facebook in 2017.

Ventura County purchased the Dominion Voting Systems (as reported by Kathleen Wilson of the VC Star on Dec. 24, 2018) after a vote by the Board of Supervisors in December, 2018 replacing a voting system purchased 13 years ago (which cost $6 million). The actual equipment cost $4 million ($650,000 from the county’s general fund reserves with the rest covered by state and federal funds) came in 2019.  The voting system is one of three certified by the California Secretary of State’s Office.

The Dominion Voting System was supposedly saving Ventura County operating expenses as ballots would be completed electronically instead of by hand according to Steven Bennett (no relation to the Ventura County Supervisor), regional sales manager for Dominion.   Under the new system no votes are tabulated at the polling places. Both the ballots from the polls and mail-in ballots are counted on newly purchased high-speed scanners at the elections office which tabulate the vote three times faster than in the past.

A total of 20 California counties (which included Sonoma, San Luis Obispo, Monterey, Kern, Contra Costa and Sacramento) purchased the Democracy Suite system under terms of an agreement between Sacramento County and Dominion, instead of Ventura County issuing its own request for bids.  Twenty other counties in the state use Dominion for a total of 40 counties according to the Epoch Times.

California’s 25th District race which includes Santa Clarita and Antelope Valley (Los Angles County) and a portion of Simi Valley (Ventura County) is a tight race in which Republican Congressman Mike Garcia was leading challenger Democratic Assemblywoman Christy Smith by 422 votes as of Tuesday with an update expected today.

Dominion Voting Systems is being utilized in 2,000 jurisdictions in at least 29 states. Texas decided not to use Dominion on three separate occasions because of fraud concerns.

(Editor’s Note: To see Citizens Journal story with comments from Attorney Jay Sekulow of the American Center for Law and Justice on “failed elections in Georgia, Nevada, Michigan, and Pennsylvania” and comments by Attorney Sidney Powell that “President Trump won by millions of votes’ nationwide see the following link:

“My people are exhausted but we have the best documentation in the country” concerning problems with Dominion Voting Systems and its software with analysis of votes cast and “disturbing trends” seen by the team of Ventura County poll observers.

“We mailed a packet of several documents which included critical information to the Department of Justice as well as a flash drive,” said Gloria Chinea, the Ventura County Election Integrity Project coordinator who recruits volunteers to safeguard election integrity in Ventura County by observing at the county elections division office and in-person voting done at polling places.

“We have warned everyone, in every state across the nation. We are asking people to look at California. We have faced a black wall where gatekeepers of the Deep State have prevented us from getting this information out. The EIP Ventura team has done the research on this voting system.”

The new regulations provided a “curing” process whereby no ballot is rejected without notifying the voter and offering an opportunity for that voter to verify the ballot.  The new regulations also placed restrictions on observation areas and gave county officials the discretion to determine how far back observers had to stand and uprooted remote observation which stymies public oversight.

The Election Integrity Alliance sent a letter to to President Donald Trump (July 15) warning that “a fair and honest election is not possible under current condition” due “to extraordinary and careless changes being made in the name of COVID protection” calling on the president to require states to follow election law to maintain clean voter rolls before the Aug. 5 deadline for the November 2020 election.

Election Integrity Project California reported on it website other anomalies:

Election Integrity Project California has sister organizations in Arizona, Nevada, and Arkansas. Their stated mission is: “Protect the Sanctity of Your Vote.” 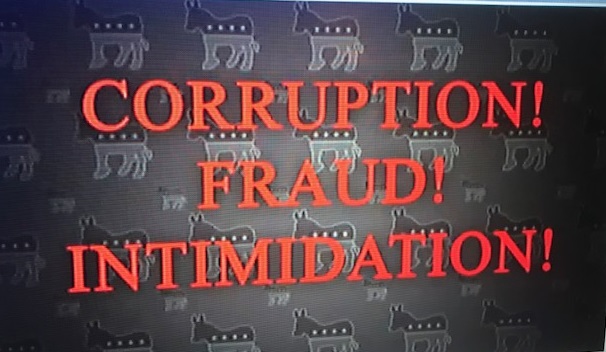 Here’s the truth, straight from one of your favorite non-MSM sources — Newsmax:

Why does CJ report the original lie, but never the truth that ultimately emerges? Inquiring minds want to know. Maybe because they’re trying to play y’all as fools?

Sure looks like this claim fizzled too. You guys and your unsubstantiated claims continue to be unmarried by success.

Great work Micheal. I remember reading all these writings on the wall years prior. I believe it was from this site also. What came to my mind was that THIS is how the elites get what they want and take away our voice. While putting up the guise of a FAIR election. I’m keeping records now. This will go down in history.