Elon Musk is the richest man on the planet, or off the planet for that matter. Sitting on top of the Forbes’ top ten:

According to CNBC, Musk will pay $12B in federal income taxes in 2021, yet he has been criticized for not paying taxes.

The reason Musk is paying such an enormous tax bill is because he is exercising management stock options.

Musk doesn’t draw a cash salary from his companies. His compensation is in the form of stock options. (He also has huge ownership interests in his companies.)

Mix of Cash and More Cash

Normally, hired managers are compensated with a mix of cash salary and management stock options. The stock options typically involve the right to buy stock at the stock’s price at the time of the award, and expire in ten years. For example, $5 million per year in cash salary and a one-time award of 10 million options to buy shares currently worth $50. In ten years, supposing the stock price rises 12 percent a year, the stock will be worth $150 per share. Each right to buy the stock at $50 per share would, therefore, be worth $100, and 10 million such options would be worth $1 billion. The stock options motivate hired managers enormously to improve the value of the company and, so, serve the interests of the shareholders of the company. Stock options are, therefore, a form of profit-sharing plan of shareowners with managers. I once estimated that on average, shareholders share 7 percent of the upside of firms with managers. Managers would pay taxes on their cash salary and also upon the gain in stock price upon the exercise of their stock options. 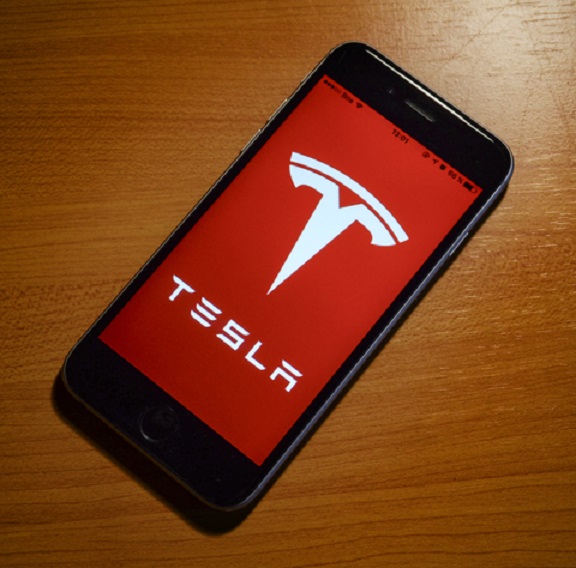 Turning to Musk, since he doesn’t receive a cash salary, and since his company doesn’t pay a cash dividend (reinvesting all its profits internally), he (Musk) doesn’t normally pay income taxes. (Should he need cash, he could sell some of his shares or borrow against them.) But, upon the exercise of his stock options, he becomes liable for taxes. Since the stock market is strong right now, and there’s no guarantee it will stay strong through 2022, it’s a good time for Musk to “cash in.” This results in a big cha-ching at the U.S. Treasury.

Turning to the criticism of Musk as a tax avoider, such criticism is almost always directed to members of the other political party. Bill Gates, a prominent Democrat, is never criticized for contributing much of his fortune in the form of highly-appreciated stock in Microsoft to the Bill & Melinda Gates Foundation, except by people like me pointing out the hypocrisy of critics of Musk.

In theory, unrealized capital gains are either realized at some point during a person’s life, or taxed as part of an inheritance tax at the time of death (assuming the inheritance exceeds the exempt amount). Except in practice there are loopholes, such as the contribution of appreciated assets to charity, including to family foundations that often are little more than sinecures for offspring. In the case of management options, these appear to be ways to shift compensation from ordinary income to long-term capital gains, which are often taxed at a lower rate than ordinary income. This criticism also applies to more widely-distributed employee options. These, too, appear to replace bonuses, subject to ordinary income tax, with long-term capital gains.

Proposals to reform the tax code so as to actually close the so-called loophole of unrealized capital gains come from both sides of the political aisle. Republican proposals generally involve integrating the federal corporate and personal income tax, eliminating the capital gains tax, and the inheritance tax. Income would be taxed one time, at its source. Distributions of post-tax income would be nontaxable. Democratic proposals generally involve making the tax code even more complicated, with the Alternative Minimum Tax applying to increasing numbers of taxpayers, and increasing the demand for tax-planning.

Clifford F. Thies is a Professor of Economics and Finance at Shenandoah University, He is the author, co-author, contributor and editor of more than a hundred books, encyclopedia entries and articles in scholarly journals.

He is a member of the editorial board of the Journal of Private Enterprise and is a former Bradley Resident Scholar at the Heritage Foundation. He is a past president of the faculty senates of Shenandoah University and the University of Baltimore. He also served in the U.S. Army and the Army Reserve.