ESG Scores: YOU Are Being Monitored, Evaluated, Against THEIR Criteria

For the last 20 years, since I became aware of what our world leaders were planning for us, I believed if enough people knew about it we could stop it.

I became devoted to doing research, going to meetings, conventions, traveling to Washington DC, other states, and countries speaking to politicians, scientists, experts to get first hand information so that I knew the truth. I became involved in politics to try to make changes from within. I spoke to groups. I spoke to anyone who would stand still for five minutes. I was convinced any rational person would not want what was being planned. Why on earth would we agree to give up our autonomy, our sovereignty, our private property?

I learned about Agenda 21 from Christopher Monckton, Margaret Thatcher’s science advisor. As I listened to him speak I took out my iPad and went to the UN website. There is was. I went home and read all 40 chapters of it. I was stunned. I couldn’t believe any American citizen, anyone who grew up in this wonderful country could have supported or sign on to such an agreement. I couldn’t believe anyone would condemn the American people to such a fate. It is an agreement that goes against everything this country stands for…..everything this country was founded on. Everything the entire Western Civilization stood for. But we did…..and so did the rest of the Western countries. 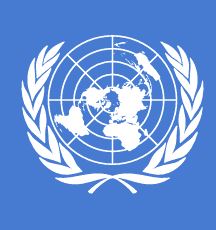 The Left likes to say it’s a conspiracy theory. I wish it were. Our beloved Nancy Pelosi introduced it to Congress in October of 1992. Yet another reason to despise this women.

Others have argued that it was never ratified so it isn’t enforceable. It was signed by George Herbert Walker Bush. I suggest they look up the Treaty on Treaties we signed in 1969. Essentially it says a treaty signed by a head of state is valid unless the legislative body votes it down. If it isn’t brought to a vote it’s valid.

I asked why we didn’t know about Agenda 21 (and now the UN 2030 Agenda on Sustainable Development), something that would change our lives SO dramatically? Something we didn’t vote for and weren’t asked if we wanted. Why isn’t the media reporting on it? The media doesn’t report on it because they support it and they know we wouldn’t.

Each year the UN holds two important Summits. The World Urban Forum and the World Economic Forum. The Urban Forum is for public officials from all the signature countries, Governors, Mayors, city planners, city councils, etc. or their equivalent. The Economic Summit is for multi-national corporations and companies.

I went to the World Urban Forum in Malaysia two years ago. I knew what they planned but I still couldn’t imagine how they were going to implement it in the United States. I kept thinking it was against our Constitution. We would vote against people who were for it, we would fight against it in the courts. I was naïve. The World Economic Forum has war gamed all the scenarios we might come up with to fight this.

COVID has taught all of us some sobering lessons. After the first extension of the “15 days to flatten the curve” I told friends they would never let us out. If the World Urban and Economic Forums goals are to control us (world wide), why would they? And after a year many states are still locked down and we’re being threatened with more lockdowns. I also observed that the government was getting around the Constitution by having companies mandate masks. I wondered why companies were being so helpful especially when “the science” doesn’t support it.

I still couldn’t believe any rational thinking person could possibly think mask mandates and lockdowns (considering science doesn’t support them), the Green New Deal (which has little to do with reducing CO2), HR1 or open borders are Constitutional or good for the country. The arguments the Left make in support of them aren’t factual. They are on their face ridiculous. For instance, 75% of voters support voter ID

The only people we hear in support of these radical ideas are the media and politicians. The rest of us are censored. The Democrats are aware the majority of us want voter ID, Voter Integrity, and a secure border but they don’t care. They don’t have to care.

A few days ago a very long list of companies came out in opposition to Georgia’s Voter Integrity Law and in support of HR1. Companies like American Express, Google, Bank of America, Viacom CBS, Apple, Facebook, Coca-Cola, Delta, and others. They are threatening not to do business with Georgia, not to have sporting events there, etc. They, and Hollywood, will boycott and browbeat Georgia until they surrender. And now the same is happening to Texas.

Ah, but the World Economic Forum had a solution to force all of this on us.

I heard about ESG scores, but I had not yet researched them. I have now. The “E” stands for Environment, the “S” stands for Social Justice, and the “G” stands for Government. When I realized what they will do, the air was sucked out of my lungs. I thought they were just being talked about but not yet implemented. When I was in China I was so thankful we didn’t have “Social Scores”….but we DO!

All the big multi-national banks have already scored Corporations and most businesses. You can even see the scores of 50 companies right here.

These companies have to report every pay period what they have done to improve the environment, what they have done for “equity” and what they have done to help government (Left wing) policies. If they aren’t trying to get to zero emissions, or don’t have enough minorities or aren’t giving Critical Race Theory classes, or aren’t supporting some government sanctioned policy their score will be lowered. If they have a low score that will mean the banks won’t loan them money, or take away their ability to process credit cards, or even take away their ability to do banking. This is why so many are on board with all of these extreme policies.

The ESG Scores are ALREADY in practice and WE, you and I, are next. Some of you may remember Bank of America going through customer’s accounts and reporting to the FBI customers who were in DC on January 6th. They got a higher ESG Score for that one. What they did was unconstitutional but so what? The Constitution means nothing to the Left.

We need to understand this isn’t an American  Republican/Democrat fight. This is the Left of the World against the Western Civilization fight. And tragically most of the leaders of the Western Civilization are for it too. Canada, Australia, England, all of Europe, as far as I know, are for it. Poland, the Czech Republic, some other Eastern European countries  (and America when Trump was President but not now) are the only ones I can think of that are against it.

It doesn’t really matter who is against it. Banks and corporations are going to impose this on us. As I guessed with the mask mandate, companies are circumventing the constitution instead of the government. This is a Public/Private partnership. Banks will go through our statements and credit card purchases and give us each a ESG score. If yours is low they won’t give you a car loan or mortgage, or personal loan. They may even not allow you to bank.

How do you think the banks are going to score gun manufacturers or ammunition manufactures? They’ll just not allow them to use banks or process credit cards. You may not be able to sell your house if it isn’t up to GND regulations and the bank might not loan you the money to bring it up to the regulations. Considering they want to end private property that’s a good start.

If you think this won’t happen, it already is. Our friend Brandon Straka, founder of “WalkAway”, has been permanently banned from Twitter, Facebook, and Instagram where he had millions of followers. He had been banned from crowd funding sites and his bank accounts and credits closed. Oh, and he was also evicted from his home. What is he to do? How does he function, pay his bills, live his life? How would you?

Look what they did to our former President Trump. When has an ex-President ever been silenced?

This is happening to many Conservatives and it’s coming to each of us soon. As John Kerry said, the “Great Reset” will happen at greater speed and intensity that people might imagine.

For those who want more details, watch the video below.

As I said, I had always believed we could stop all of this. I no longer see how we can. We need to pray for miracles.

“…American Express, Google, Bank of America, Viacom CBS, Apple, Facebook, Coca-Cola, Delta, and others. They are threatening not to do business with Georgia, not to have sporting events there, etc. They, and Hollywood, will boycott and browbeat Georgia until they surrender. And now the same is happening to Texas.”

Texas does not need any of these companies. Esp. Google, Apple and Facebook. Every election, thousands of Democrat-voting tech sector employees threaten Texas thanks to Gov. Abbott’s foolish invitation. FYI, the in-migration problem Abbott publicly admits is partly his own making!

We need to pray, but we also need to push back…
America is at a tipping point with Obiden installed as President…

Thank You, Michael Greer! A few of us Ventura Country got together to protest Sustained Development even before it became Agenda 21. I was amazed that friends, owners of small local stores and anyone I could find to listen would not pay attention, felt it could not happen here. I’ve written articles about HR1 Bill, but again, no one would pay attention or even call their Congress people.

I pray millions read your article and finally wake up!

Goes to show you that corporations truly own us, not the government and I’m not sure which one is worse.