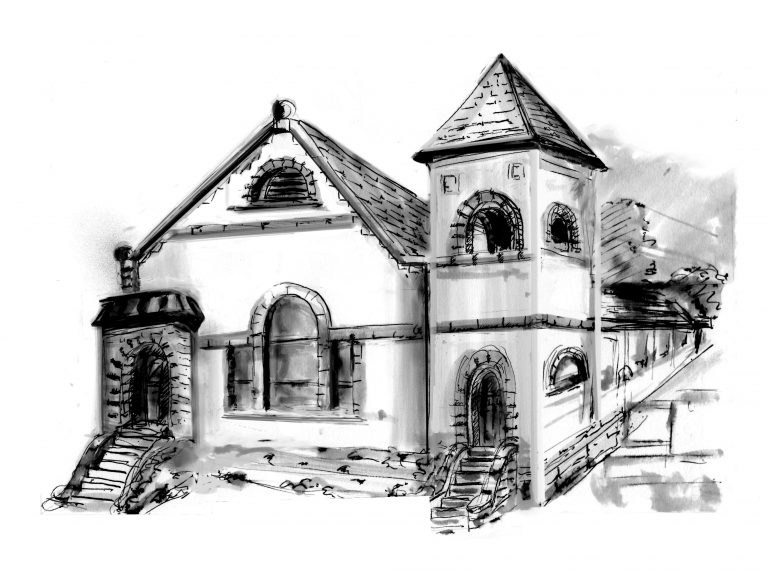 All are invited to a special Musical Benefit by Chucumite. Someone threw a rock through the historic Founders Window of the Universalist Unitarian Church of Santa Paula sometime during the evening of Monday, January 30th.  Former Santa Paula Concert Series performers Chucumite has stepped forward to offer a benefit towards the repair of the window. The concert will be held at 4 PM on Sunday, March 11 in the Sanctuary of the church located at 740 E Main Street, Santa Paula. Although the church has insurance, the deductible is $1000. Donations are a minimum of $10, $5 for children 12 and under. Donations of any sum gratefully accepted.

Chucumite is a festive quartet of musicians who play ‘son jarocho’, the folk music of the southern portion of the Mexican state of Veracruz, on the Gulf coast of Mexico.   Chucumite is comprised of John Robles, who plays ‘arpa jarocha’, or Veracruz folk harp; Robert Perales, who plays ‘jarana jarocha’; Sean Hutchinson, who plays ‘leona’, a large, 4 stringed instrument plucked with a plectrum of cowhorn; and David Salais, who plays ‘requinto jarocho’, a smaller 4 string instrument, also plucked with a plectrum.  Robles and Perales have been performing together for over twenty years, and are described by folklorist and son jarocho scholar Rafael Figueroa Hernandez as “exponents of son jarocho for many years, who as good creative musicians belong to the jarocho tradition but whose music, at the same time, has been influenced by that which is happening around it”.  Hutchinson joined the group in 2009, and Salais in 2015.

The Universalist Unitarian Church of Santa Paula has been home to a number of musical events throughout its 127 year history and is the current home of the Santa Paula Concert Series. UUCSP is a registered Ventura County Historical Landmark. For more information about the venue, call 805-525-4647 or email [email protected]. Parking is on the street or behind the church.