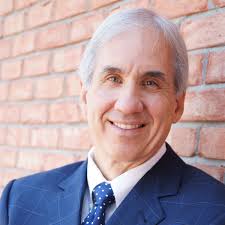 RESERVE SEATS
Please join others at the Ronald Reagan Presidential Foundation for a lecture and book signing with David Limbaugh on January 16, 2018. This event is free to attend, however books must be purchased in the Reagan Library Museum Store to receive signature.  Books may be pre-purchased during the reservation process.

.Mr. Limbaugh will be discussing the current state of the conservative movement in the age of Trump.  It seems the debate is no longer conservative vs. liberal, but pro-Trump vs. never-Trump.  In this divisive era, it has become difficult to share a strong opinion either way–even among fellow conservatives–because emotions and reactions seem to have become so extreme.  Mr. Limbaugh will also discuss the days of Reagan Conservatism and how things have shifted since then, and what all of it means going forward.

Following the program, Mr. Limbaugh will sign copies of his latest book, The True Jesus: Uncovering the Divinity of Christ in the Gospels.

David Limbaugh is a lawyer, nationally syndicated columnist, political commentator, and author of seven national bestsellers.  As an expert in law and politics, Mr. Limbaugh has appeared on hundreds of national and local television and radio shows, including FOX and CNN as well as radio programs including Sean Hannity Show, Mark Levin Show, and Laura Ingraham. The brother of radio talk-show host Rush Limbaugh, Mr. Limbaugh lives in Cape Girardeau, Missouri, with his wife and children.