Kira Soltanovich.   Professional local comedian Jason Love produces this monthly show in collaboration with the Hillcrest Center for the Arts. The show features a new lineup each month with some of Hollywood’s funniest headliners.   All shows are 8:00 pm with doors opening at 7:30.  Due to the popularity of the shows, which sell out each month, all tickets are now reserved seating and are available three months in advance.  The hour and a half show is for eighteen years and up only, and beer and wine may be purchased with valid ID.     Summer shows are often outdoors under the stars.

Kira Soltanovich began her comedy career in 1998.  She was a series regular on “How To Be A Grownup” for TruTV, the hidden camera show “Girls Behaving Badly” and was a correspondent on “The Tonight Show with Jay Leno” for over 8 years. Recently, Kira co-hosted the game show “Winsanity” with Donald Faison for the Game Show Network.  Her latest One Hour Stand Up Special, “You Did This To Me” was self-produced and shot while over 7 months pregnant. Kira has appeared on The Jay Leno Show, Hello Ross! with Ross Mathews, Jimmy Kimmel Live, Last Call with Carson Daly, Hell’s Kitchen, Last Comic Standing, Set List TV, and The World Stands Up on Comedy Central. She has written for Joan Rivers, Scott Baio, Selena Gomez and Justin Bieber.

Ron Josol performs regularly in Canada, the United States, the Pacific Islands, the Persian Gulf, Asia, Central America, the Caribbean, and the Middle East.  In his second year as a comedian, Josol won the Craven A’s Funniest Home Grown Competition for the Montreal Just for Laughs Comedy Festival in 2000. Since then, he has been performing in festivals such as the Winnipeg Comedy Festival, Montreal Just for Laughs Comedy Festival, International Comedy Fest 2k8, the Orange County Comedy Festival, and the LOL Comedy Festival in Hollywood, California.   He has hosted his own television series on the new OMNI.2 Network called Flip. He produced, co-wrote, and starred as the lead of a short film based on his true story entitled Rolling Longaniza, which aired on the CBC zFlicks. He has written and performed on the MuchMusic hit show Video on Trial and MuchMoreMusic. 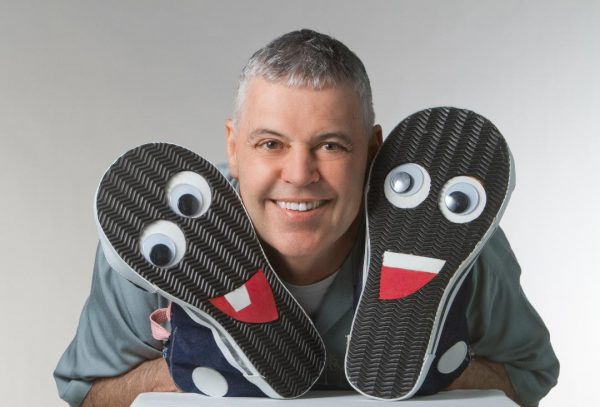 Patrick Hanifin sold his surf shop to become a standup comedian, who’s known for his squeaky clean image and wacky inventions that he uses for his acts.  Patrick beat out over 200 comedians to win the Hollywood Laugh Factory’s Comedy Competition and is the winner of the Central Coast Comedy Championship. His television performances include “Evening at the Improv”, “Best of Stand Up Comics Take a Stand”, and “Comic Strip Live”.  Patrick performs on cruise lines and is a motivational speaker on the topics of marketing, salesmanship, wellness, humor, and public speaking, and a consultant for squeaky-clean corporate humor.

WHAT: Live Standup Comedy on the Hill features a different line up of professional comedians on the second Saturday of each month.   Some of Hollywood’s most popular headlining comics perform right here in our own backyard.  October’s show features Ron Josol, Patrick Hanifin and Kira Soltanovich.