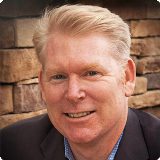 • 2016: Obama’s America became the #2 Political Documentary of all-time !
• Produced the film: Expelled with Ben Stein, on academic freedom.
• Expelled became the #6 Political Documentary of all-time.
• AND…Mr. Sullivan is also developing feature films on President Ronald Reagan and George
Washington.
• Starting his career in entertainment at the age of 15, has given John a deep appreciation of
entrepreneurship, hard work and the trials and tribulations of being a small business owner.
Come meet our California FRW Advocate…..
Allison Olson
“The Eyes and Ears for our State Legislature”
• Your Federation has a say in the direction taken by our elected
representative.
• The Advocacy Office is responsible for seating many women in political
appointments.
• Allie was the Deputy Finance Director for the McClintock for Congress
campaign, before joining the CFRW team.
• And in her fellowship with Foundation for Defense of Democracies, she
studied in Israel and Washington, D.C. with counter-terror experts.