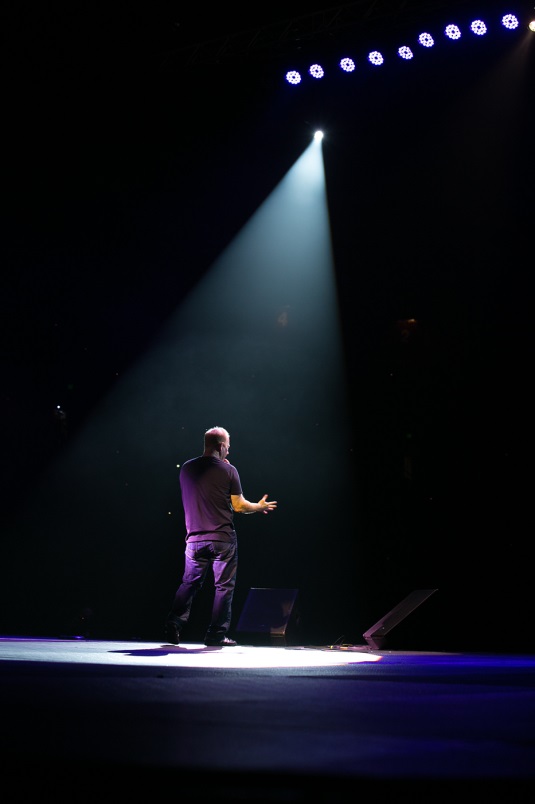 THOUSAND OAKS, Calif. – Live Standup Comedy on the Hill returns Saturday, October 13 at 8:00 pm at the Hillcrest Center for the Arts, 403 W. Hillcrest Dr, across from The Oaks Mall.  October’s lineup includes Kira Soltanovich and Steve Hofstetter.  The Center teams up with professional local comedian Jason Love to produce a top-tier show with a new lineup each month.  Now performing to sold-out audiences, this experience in comedy entertainment brings some of Hollywood’s funniest headliners to Thousand Oaks every month and tickets are now available three months in advance.   All shows are 8:00 pm with doors opening at 7:30 and due to the popularity of the show, all tickets are now reserved seating.  The hour and a half show is for eighteen years and up only, and beer and wine may be purchased with valid ID.

Kira Soltanovich began her comedy career in 1998.  She was a series regular on “How To Be A Grownup” for TruTV, the hidden camera show “Girls Behaving Badly” and was a correspondent on “The Tonight Show with Jay Leno” for over 8 years. Recently, Kira co-hosted the game show “Winsanity” with Donald Faison for the Game Show Network.  Her latest One Hour Stand Up Special, “You Did This To Me” was self-produced and shot while over 7 months pregnant. Kira has appeared on The Jay Leno Show, Hello Ross! with Ross Mathews, Jimmy Kimmel Live, Last Call with Carson Daly, Hell’s Kitchen, Last Comic Standing, Set List TV, and The World Stands Up on Comedy Central. She has written for Joan Rivers, Scott Baio, Selena Gomez and Justin Bieber.

Steve Hofstetter is an author, columnist, and comedian who made his national TV debut on ESPN’s Quite Frankly, where Stephen A. Smith yelled at him for three minutes. Hofstetter has also appeared on CBS’ “Late Late Show With Craig Ferguson”, Showtime’s “White Boyz in the Hood”, VH1’s “Countdown”, Sundance’s “On the Road in America”, and ABC’s “Barbara Walter’s Special”. He is the host and executive producer of “Laughs” on Fox networks.  He is one of the top booked acts on the college circuit, the original writer for collegehumor.com and has released six albums.  He’s written humor columns for the New York Times, SportsIllustrated.com, and NHL.com.  While Hofstetter’s live shows are routinely sold out, he is best known for his writing.

Standup Comedy on the Hill reserved seating tickets are still only $12 presale (available through the day before the day of the show) and $15 at the door.  Tickets may be purchased at the Hillcrest Center for the Arts Box Office or by calling (805) 381-1246 or www.hillcrestarts.com.